The Band Heart Wanted to Be 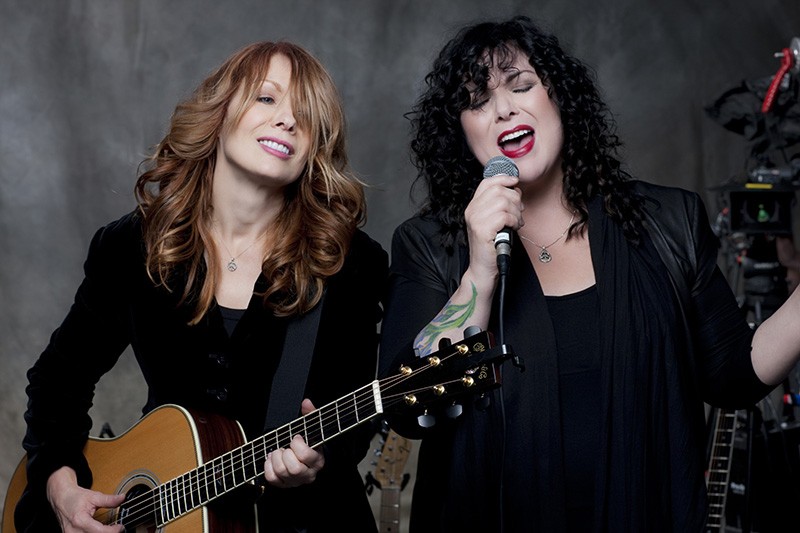 In a 2017 interview with Smashing Interviews Magazine, Heart guitarist/vocalist Nancy Wilson discussed how her family's musical excursions fueled her desire to become a musician.

"The family in general was musical with pianos and ukuleles and things like that and singing in harmonies. It was aunts, uncles, grandparents and cousins, and we’d get together as often as we could, having beach fires and singing and strumming," Wilson recounted.

"It was really a great way to grow up. So when the Beatles hit the scene, I was like, 'Oh, my God! I’m putting down the ukulele, and I’m getting a guitar!'”

Wilson recalls how she and Ann Wilson, her Heart companion sister, aspired to become the Beatles as a band and not just their sweethearts.

"Ann and I both had to become guitar players, songwriters and be a band, not just be girlfriends of the Beatles, but just be the Beatles (laughs). We were into being just like or being the Beatles themselves kind of thing," explained Wilson.

"It was a very inspired time, and the Beatles didn’t do so poorly for themselves. They managed to shapeshift the entire culture of the world with their music in not that long a time. It was five or six years until they broke up. Pretty amazing."

Wilson described just how difficult it was for female rockers to break through during the nascent days of rock and how her and Ann's perseverance payed dividends.

"It was hard, but we became very proficient. We were really doggedly determined to be in a rock band and be rock writers and rock people. There were obviously some roadblocks for women like there always are," Wilson said.

"But the hardest part, I think, was just to be taken seriously. That was the kicker. They’d say, 'You don’t play bad for a girl.' I’d say, 'Well, I play pretty good for a human. I’m a good player for any human.'”

Despite the numerous obstacles faced in the man's world of 70s rock music, the sisters' moxie and work ethic instilled in their early years would eventually break them through the barriers of that testosterone-driven era and rocket them to stardom.

"Just to be passed off like that made us both feel like we had to get better and prove it a little bit harder and work harder to be acknowledged as competent musicians. So we did. We come from a military family, so we certainly did work harder. We just kept pulling up our socks and marching on."