Kurtwood Smith Interview: All About "That '90s Show" 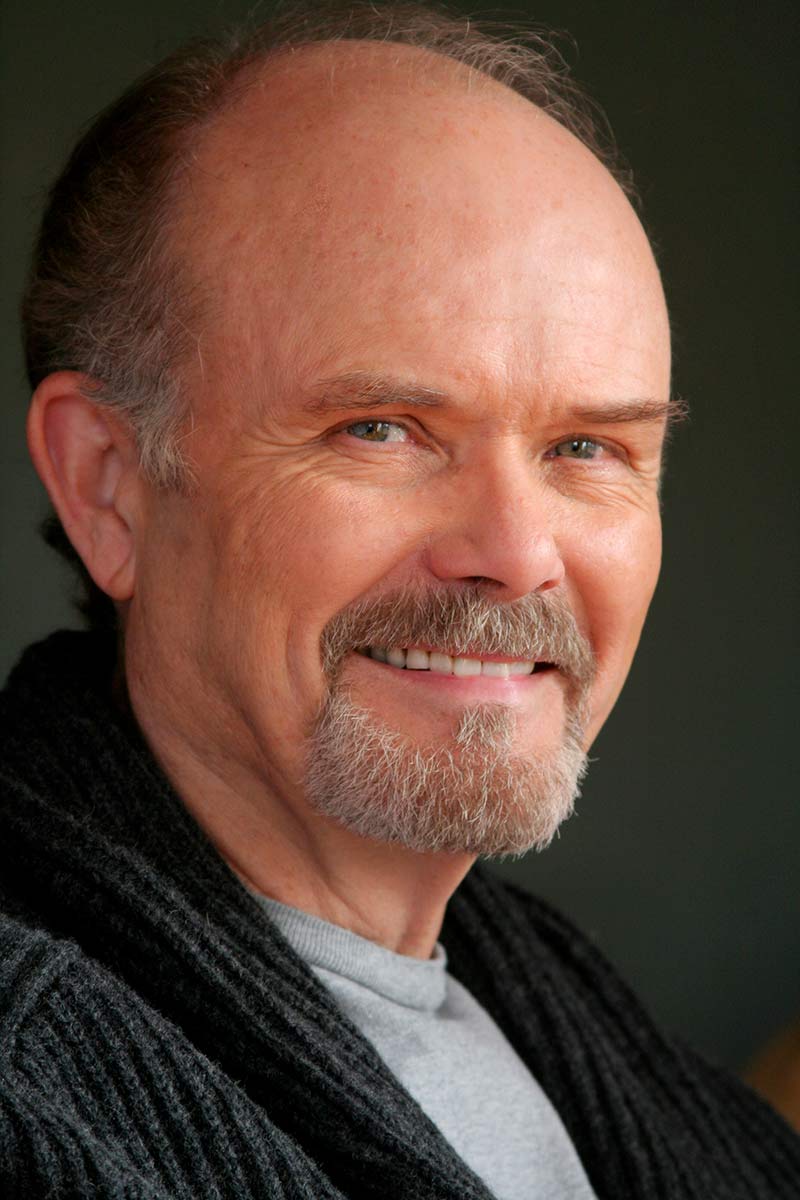 Kurtwood Smith is known for playing Clarence Boddicker in RoboCop, Robert Griggs in Rambo III and Red Forman in That '70s Show. He made a number of appearances in the Star Trek franchise, starred in the ABC sci-fi drama Resurrection, had a recurring role in the Netflix sitcom The Ranch and was a regular on the Amazon original dramedy series Patriot.

Smith can currently be seen on Netflix reprising his role as Red Forman in That '90s Show, a sequel series of That '70s Show, which also features Debra Jo Rupp and Callie Haverda with guest stars Topher Grace, Laura Prepon, Wilmer Valderrama, Tommy Chong, Mila Kunis, Ashton Kutcher and Don Stark. The first season of That '90s Show premiered on Netflix on January 19, 2023.

"Red is retired, and he thinks he’s having a perfectly good life and that he’s enjoying himself. When the kids invade, Red’s granddaughter meets the kids in the neighborhood, and the next thing you know the basement is full of kids again."

Smashing Interviews Magazine: Kurtwood, you know, Kitty and Red almost moved to Florida but decided to stay in Wisconsin. Do you think they knew about the reboot? (laughs)

Smashing Interviews Magazine: (laughs) So true. Did you keep in touch with the cast when That '70s Show ended?

Kurtwood Smith: Debra Jo and I did a pilot for a show that didn’t get picked up about a year and a half ago. We were in support of a comedian named Nate Bargatze, and I thought it was a pretty good show. I’m surprised they didn’t pick it up. But you know, we all make mistakes. It was fun working with her again. I’d usually see Debra every year to a year and a half when we’d go to New York. We’d see if she was available to go to dinner or something.

Smashing Interviews Magazine: We know that Eric (Topher Grace) left for Africa in season seven of That '70s Show but returns in the end to reunite with Donna, as we find out in the beginning of That '90s Show.

Kurtwood Smith: I think the rest of the people, as we find out, has pretty much stuck around like Kelso and Jackie. Wilmer’s character (Fez) is there and has become a beautician. We don’t go into any real depth with the exception of Fez about what they’re doing workwise at this point. When Eric comes back, he brings us up to date. He’s teaching at college, and of course, his course is called The Religion of Star Wars. Red takes great pleasure in ridiculing him about that!

Red is retired, and he thinks he’s having a perfectly good life and that he’s enjoying himself. When the kids invade, Red’s granddaughter meets the kids in the neighborhood, and the next thing you know the basement is full of kids again. Red thinks he’s really unhappy about this, but Kitty points out to him that he’s got that old spark in his eye now that hasn’t been there for a while. I think we see that Red is kind of secretly pleased that kids have shown up in his house. He’s not happy when they go into his closet and borrow his flannel shirts. But otherwise, I think he’s okay with them.

Smashing Interviews Magazine: So are you telling me that there won’t be a recipient of Red’s foot in their ass?

Kurtwood Smith: (laughs) Oh, no, he still has plans for that foot in case anybody gets out of line. They learn that pretty quick.

Smashing Interviews Magazine: I’m truly glad to hear that (laughs). Steven Hyde (Danny Masterson), who became close to Red, will not be returning to the cast.

Kurtwood Smith: Yeah. That’s certainly too bad. Danny’s a good friend of mine and was the whole time we were doing the show and still is. I can just hope all that gets worked out.

Smashing Interviews Magazine: So Red and Kitty’s granddaughter, Leia (played by Callie Haverda), wants to spend the summer there with her grandparents in Point Place, Wisconsin?

Kurtwood Smith: When our granddaughter shows up with her parents, we find out that she’s unhappy in Chicago because she really doesn’t have any friends. She’s her dad’s daughter, you know, so she’s a little tall and gawky. She’s very smart but not on top of it with regard to social graces, teenage social graces, I might add. Yet when she meets the girl next door, they hit it off. But she’s not popular either, although she’s got her own little group of friends, and they all welcome Leia into the group. So then she wants to stay there for the summer, and she finally gets her way. Kitty is, of course, immediately in favor of that, and Red’s like, “What? Wait. What?”

Smashing Interviews Magazine: I believe that circumstances are such that the kids find themselves in the basement in a circle amidst a great deal of smoke (laughs).

Kurtwood Smith: (laughs) Yeah. They open an old board game and make use of what they found pretty quickly.

Smashing Interviews Magazine: Did the circle start as a way to abide by the censorship rules without actually showing the teenagers using weed?

Kurtwood Smith: Yeah, and it seems we will continue that. We see the effects of it. We don’t necessarily see them actually puffing on any joints or anything.

Smashing Interviews Magazine: That brings me straight to Tommy Chong who reprises his character Leo.

Kurtwood Smith: It’s great to have Tommy there. He’s so much fun. When we were at the premiere, I was standing next to Tommy. They were taking a big group picture. Tommy kind of had his shirt open and his big leather jacket on. I saw that he had this leather pouch hanging around his neck. I just assumed that part of his favorite weed was in there. So I said, “Hey, Tommy, what’s in the little pouch there?” He said, it’s my Tesla key, man.” I would imagine he’d want to have a Tesla because then he could just get stoned and let the car drive itself. But anyway.

Smashing Interviews Magazine: (laughs) Anyway, what do you think of these new younger actors?

Kurtwood Smith: I am so excited and proud of the new kids. They’re younger than the original cast was when we started. They ranged from 13 to 17 while we were shooting, so that’s pretty young. They’re all very talented, but they have such a work ethic. They’re on time. They know their lines. While they’re not docile little sheep, they know what’s expected of them, and they do that, but they’re also out for a good time. They’re kids. They enjoy each other’s company. Debra Jo and I are happy to say that they enjoy spending time with us as well. So yeah, that’s something I’m very pleased with.

Smashing Interviews Magazine: I think That '70s Show worked so well because of the chemistry between the characters starting with you and Debra Jo. Did you audition with her?

Kurtwood Smith: I did audition with her. She was already cast, and they were casting my role. I was the last person cast. So when I went in to read the final reading, I don’t know what his position was at the time, but he had a really big office (laughs). So I read with Debra Jo there. I guess we must’ve hit it off, you know. I thought she was very funny, and she was. We had a great time.

Smashing Interviews Magazine: "Hello, Wisconsin!" is ironic because you’re the only one actually from Wisconsin.

Kurtwood Smith: That’s right. It's a small town. It was like 1,200 people when I was there. A few years ago, I was back there, and it’s still 1,200 people. It’s a farming community. My grandparents were farmers, and then they moved into town. My uncles and aunts still have farms in the area that are run by my cousins. Yeah. That’s how I spent my summers. More than just summers. I spent a lot of time on the farm, and it was a great way to grow up.

Smashing Interviews Magazine: Where did your acting interest come from?

Kurtwood Smith: Well, it didn’t come from Wisconsin. I don’t know. When I was in high school, they did speech tournaments, comedy, oral interpretation, that kind of stuff. But I hadn’t really had any interest in acting. Then when I was in college, I was having trouble what what I was taking, and I didn’t like any of my classes. So I thought, “You know what? Maybe I should try an acting class.” The first scene I did, I thought, “Oh, I like this. I know what I’m doing here. I feel comfortable with this.” That was the beginning right there.

Smashing Interviews Magazine: Did you begin your career on stage?

Kurtwood Smith: Yes, by regional theater not Broadway. Debra Jo’s the one who’s been on Broadway. But I worked in the theater in the San Francisco Bay area. I was in a Rep company for a number of years. Before that, I was at a Shakespeare Festival for about seven years from May to September. Shakespeare is what I think of as my real training ground.

Smashing Interviews Magazine: What is your favorite role or project?

Kurtwood Smith: Well, certainly That '70s Show is one, and I’ll have to say that working on RoboCop and the character I played did a lot for me and got me a lot of attention. I loved doing Dead Poets Society. One of my most favorite things to do was a show on Amazon called Patriot. We only got to do two seasons, but I think they’re really good. I would encourage anybody to check it out, not just for me but for the writing, directing and a very smart cast.

Smashing Interviews Magazine: Clarence Boddicker (RoboCop) is indeed a memorable villain. Is there a bad guy you’d still like to play?

Kurtwood Smith: I let them come to me. I think I’m a little past the Shakespeare villains at this point. But I’m certainly open to playing villains or people with a complex background, let’s say. I enjoy doing that a lot. I’ve also paid my sci-fi dues. I’ve been in different Star Trek shows as well as one of the films and one of the animated ones. Voicing that character was a lot of fun.

Smashing Interviews Magazine: Do you have any other projects in the works?

Kurtwood Smith: No. Right now, I’m just going to take it easy and wait and see what happens with the show. I have a feeling we’re going to find out fairly quickly one way or another. I’m just hoping we get to go back and do at least another 10, maybe another 80. Who knows?

Smashing Interviews Magazine: Kurtwood, you are coming up on a milestone birthday! And just like the rest of us, I’ll bet you’re looking forward to it (laughs).

Kurtwood Smith: You know, it’s funny because for birthdays like that, as soon as you get to the year before, it’s like you’re already there. It just kind of looms. But yes, I’ll be 80 years old in July. I can’t think of a better way to celebrate being 80 than by working.

Smashing Interviews Magazine: So no slowing down or retirement for you?

Kurtwood Smith: No. I mean, I think that eventually they’ll just stop calling me up, and that’ll be that.

© 2023 Smashing Interviews Magazine. All rights reserved. This material may not be published, broadcast, rewritten or redistributed without the express written consent of the publisher.