How Evanescence Frontwoman Amy Lee Brought Her Voice to Life 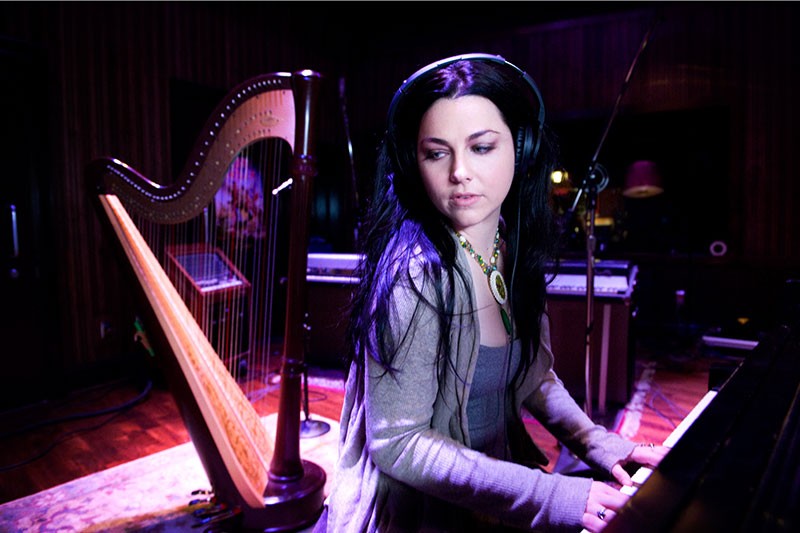 Amy Lee is the frontwoman for the rock band Evanescence, which is known for such hits as “Bring Me to Life,” “Call Me When You’re Sober” and “My Immortal.” Their self-titled third studio album, released in 2011, debuted at No. 1 on the Billboard 200 chart and four other Billboard charts. The band recently dropped their fifth studio album, The Bitter Truth.

In addition to composing music for films, Lee has released several solo projects, including Dream Too Much, a children’s album in 2016, and a single called "Love Exists," which came out in 2017.

During a 2017 interview with Smashing Interviews Magazine, Lee stated that at first she didn't see herself as a vocalist; however, she knew from an early age that she wanted to create music. Serious music.

"I didn’t see myself as a singer, especially, right away. But I honestly knew I wanted to make music from a really young age. I got really inspired. I really wanted to take piano lessons. I really wanted to be a composer. I wanted to be like a very serious, classical, Mozart-style composer or like Beethoven or Danny Elfman, which is funny because that’s impossible (laughs). But that was my real wish, to make music," recalled Lee.

"The singing part didn’t start coming until later when I was a teenager. I also got into writing poetry and just putting words onto the music I was making, and singing was just a way to facilitate that. It wasn’t that I thought I was a great singer, and obviously you’re not a great singer when you first open your mouth. I mean, it’s something that does get better when you work on it."

In the beginning, Lee felt insecure about her voice; although, those who had heard her knew her singing was special.

"People just started telling me that I had a beautiful voice, and I felt really shy about it in the beginning. Playing our first concert was really difficult for me. It was really hard to open my eyes. I was very, very shy. But the more confidence I built, the better I got at it, if that makes sense. You’ve got to get comfortable and say, 'Okay. I’m a singer,'” she recounted.

Although Lee takes pride in her prodigious vocal abilities, she feels the more difficult aspects of her music get lost in the shadow of her immense voice.

"It’s funny because it’s always been a little bit of a struggle for me that that is the thing everybody focuses on the most when they think of me or do an interview with me, that I’m a singer. I’m so proud to be a singer. That’s such a cool thing. People hearing my voice and connecting to it is so beautiful. But it’s hard for me because I feel like there’s a lot more work that I do as a musician that gets looked over that is actually much harder for me (laughs)," Lee lamented.

"It takes a lot more work to become a great writer and a great piano player in a lot of ways than to just open your mouth and sing. Not that it’s not more than that. It’s hard and trust me, I make these songs with Evanescence so, so hard for myself it’s just ridiculous. One day I’m going to learn to make it easy."