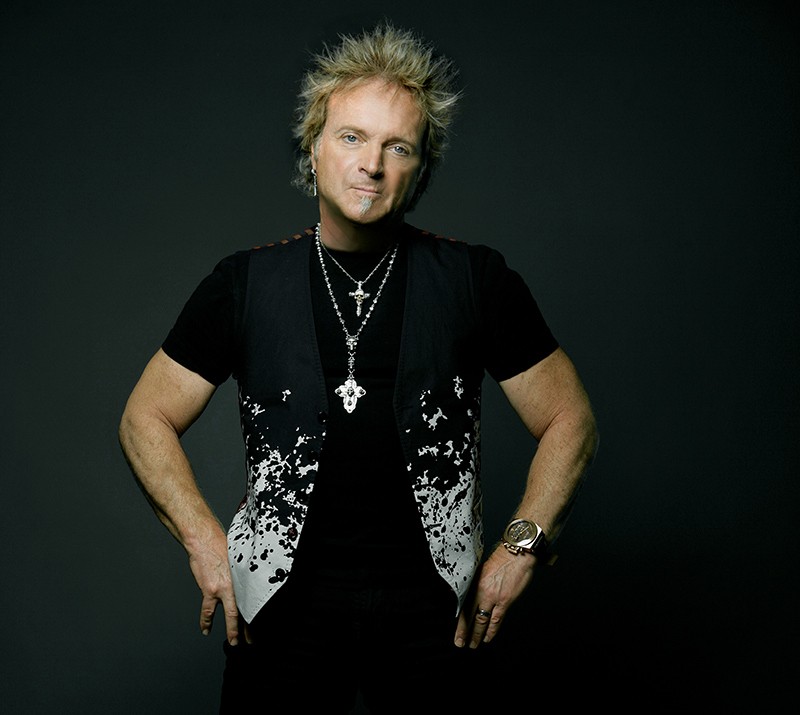 New York City native Joseph Michael “Joey” Kramer is the legendary drummer with the most successful band in American history: Aerosmith. Since 1970, he and his current partners, Steven Tyler, Joe Perry, Tom Hamilton and Brad Whitford, have sold over 150 million albums, and today their multigenerational, global audience is bigger than ever.

In addition to the Grammys and the twenty-one multiplatinum albums, Aerosmith was inducted into the Rock and Roll Hall of Fame in 2001, and they are the subject of several documentaries including a film dedicated to Kramer and his lasting influence, called It’s About Time. Kramer lives in Austin, Texas.

"I’m completely hands on as a business owner. I’m not just another celebrity who’s tacking his name onto a product to collect money. I’m involved in every aspect of the business. I supervise the brewing, the packaging, I go to meetings with my partners to secure new business, I use social media. I’m hands on. I’m the CEO of the company. It’s my company. I always want my name to be associated with something of high quality. I don’t ever want it to turn into just a money deal because that’s not what it’s about for me. I like bringing quality goods to the public. I like making people happy."

Kramer began an organic coffee line in April 2012 as an online business, and last year he began to take it to the retail market. The first bags of coffee hit the shelves in August 2013, and the success he’s met has been incredibly impressive due to both the quality of his product and his efforts to make Rockin’ & Roastin’ a household name and available in all different consumer markets throughout the country.

Joey Kramer: The tour’s going very well. We just finished Europe the end of June, and now we’re doing the states, and we’re not done until September 12, so we still have a ways to go in the states.

Melissa Parker (Smashing Interviews Magazine): I just read a review of the tour online, and the article stated, “Joey Kramer is still beating the bejesus out of a drum kit.”

Joey Kramer: (laughs) Yeah. You could say that.

Melissa Parker (Smashing Interviews Magazine): But you are not just rockin’ these days. Tell me how you got into the coffee business.

Joey Kramer: I actually started the business in April 2012. That’s when it was only available online, until August 2013 when I partnered with a company called Comfort Foods who roasts, packages and distributes the coffee. The first package of coffee was available in grocery stores in August 2013, and it’s becoming one of the fastest growing retail products of its kind.

The only thing we’re waiting for now is a single serve option that’s been in the works for a while because we’ve been trying to create a superior single serve product over what’s already on the market. I think we’ve succeeded. That should be done soon.

Melissa Parker (Smashing Interviews Magazine): You’ve given your name to the product, but how much are you actually involved in the business?

Joey Kramer: I’m completely hands on as a business owner. I’m not just another celebrity who’s tacking his name onto a product to collect money. I’m involved in every aspect of the business. I supervise the brewing, the packaging, I go to meetings with my partners to secure new business, I use social media. I’m hands on. I’m the CEO of the company. It’s my company. I always want my name to be associated with something of high quality. I don’t ever want it to turn into just a money deal because that’s not what it’s about for me. I like bringing quality goods to the public. I like making people happy.

Melissa Parker (Smashing Interviews Magazine): How do you juggle your time between the coffee business and the music business?

When I’m not on the road, which is a good half of the year, I’m out going to meetings with them. I’m looking for new things to do with the company, advertising and putting deals together and doing a lot of traveling on my own for the coffee. It’s a very difficult thing building a brand.

Melissa Parker (Smashing Interviews Magazine): Yes it is. Did your love of music begin at an early age?

Joey Kramer: Yeah. I started playing when I was about fourteen. I fell in love with … I’ve had a longtime love affair with old rhythm and blues music. In my early days, I came to play with a soul band. It was a big eleven-piece band. There were six guys in the band and five guys out front that sang, kind of like the Temptations. They brought me to rehearsals on their own to teach me how to accentuate their choreography, they brought me to the Apollo to see James Brown, and they brought me to different places to see the Temptations and the O’Jays. I just fell in love with that music immediately.

The drummer in James Brown’s band became one of my idols, and I kind of mixed what I know now with what I was into then. I was able to play well, but I didn’t really have a whole lot of direction. What I fell in love with in soul music, what I bring to the band, is a kind of a mixture between soul music and the guys that influenced me later on in life which were John Bonham from Led Zeppelin, Mitch Mitchell from Jimi Hendrix and Dino Danelli from the Rascals. I kind of put all that together, and that’s what I bring to the band.

My playing definitely has roots of the old rhythm and blues which I’m always in touch with because I just love that groove. But we all drink coffee before we go on stage (laughs).

Melissa Parker (Smashing Interviews Magazine): (laughs) I believe that the drums actually make the song, “Come Together.” Was that a particularly difficult song to play?

Joey Kramer: Not really. We did that song a long time ago with George Martin for the movie Sgt. Pepper’s Lonely Hearts Club Band. It was like one of the only hit songs that came out of the movie, and we still play it.

Melissa Parker (Smashing Interviews Magazine): Slash (who is currently on tour with you now) said that Aerosmith’s Rocks album changed his life. What made that record so magical?

Joey Kramer: I don’t know. That was a long time ago, and there are still lots of favorites on that record. Rocks is probably my favorite Aerosmith album. I think we had come to a point, at that time, where the playing and the songwriting and the musicianship in the band was all really on the upswing, especially playing wise. I think up until that time, it was probably the best record we had done technically or professionally. The songs speak for themselves because they withstood the test of time like all the others have. Rocks is the epitome of what Aerosmith is all about.

Melissa Parker (Smashing Interviews Magazine): What was the inspiration?

Joey Kramer: We were in a rented house in the summertime, and I had found an acoustic guitar. I just kind of diddled around on it and came up with a lick that Steven liked, so he put lyrics to it, and the song was born.

Joey Kramer: No. He didn’t write the song. He just contributed to it.

Melissa Parker (Smashing Interviews Magazine): Is he in the music business?

Melissa Parker (Smashing Interviews Magazine): It takes a lot of upper body strength to keep playing the drums night after night on tour. How do you prepare for that?

Joey Kramer: It does. I’m in the gym every day on off days, and I just make sure I eat right and sleep right. That pretty much takes care of it. After doing it as many years as we’ve done it, it comes as second nature, so you just have to take care of what comes naturally.

Melissa Parker (Smashing Interviews Magazine): When you wrote your memoir, Hit Hard: A Story of Hitting Rock Bottom at the Top, a few years ago, you said that you hoped it would help those afflicted by depression and drug addiction. Has it worked out that way?

Joey Kramer: Yes it has. A lot of people have commented that I’ve helped them by virtue of writing that book, so my mission is accomplished as far as that goes. I’ve been asked to possibly write another book of which I’m kind of contemplating at the moment. But that book doesn’t really have a shelf life per se because the subject matter is stuff that will always be relevant and talked about. People will always be dealing with these problems, so the book has really made a life of its own.

Melissa Parker (Smashing Interviews Magazine): Have you gotten a sneak peek into Joe Perry’s new memoir (Rocks: My Life in and out of Aerosmith) due out in October, where he declares to “set the record straight,” or did you and the other guys have any input?

Melissa Parker (Smashing Interviews Magazine): Will there be new Aerosmith music next year?

Joey Kramer: I really couldn’t say. There are no plans in the works for anything to be happening Aerosmith wise other than touring.

Melissa Parker (Smashing Interviews Magazine): Would you have thought forty years ago that Aerosmith would still be together and that you would still be doing what you’re doing today?

Joey Kramer: No. I had no anticipation of that happening at all.

Melissa Parker (Smashing Interviews Magazine): Ever think of retiring from the music business?

Joey Kramer: I don’t think so. I have too many other things I want to do. I want to proceed with my coffee company and make that my priority when I’m not on the road. That’s my newest project.

« Carrie Preston Interview: "The Way 'True Blood' Handles Diversity in All Ways, Shapes or Forms Is Great and Important"
LeAnn Rimes Interview: "It’s Difficult to Sit Around and Hear People Lie About You Constantly" »