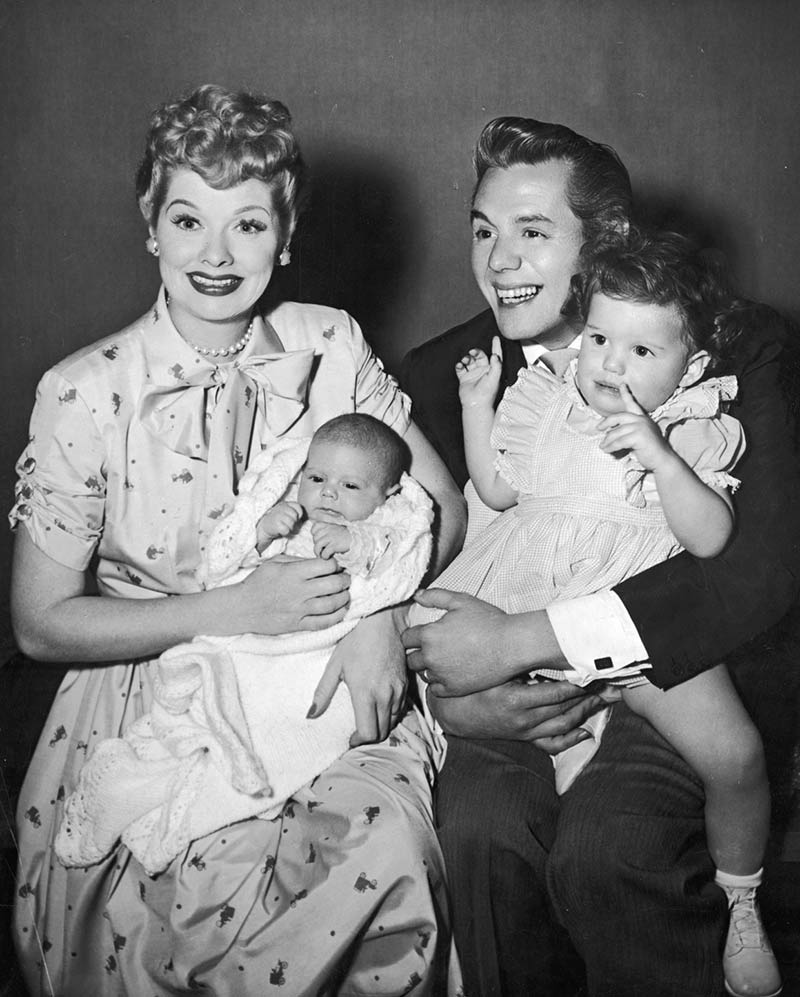 Actress/singer Lucie Arnaz is the daughter of comedy legend Lucille Ball and Cuban bandleader Desi Arnaz. Her brother is Desi Arnaz Jr. She had walk-on parts in her mother’s television series The Lucy Show and made her first acting appearance in a continuing role on Here’s Lucy (1968-1974). Other TV appearances included Murder, She Wrote, Marcus Welby, M.D., Sons and Daughters, Fantasy Island and Law & Order.

Arnaz also made some feature film appearances, the most prominent of which was 1980s The Jazz Singer opposite Neil Diamond. She has had a lengthy career in musical theatre with roles in Annie Get Your Gun, They’re Playing Our Song, My One and Only, Seesaw, Dirty Rotten Scoundrels and Master Class, just to name a few.

In a 2013 interview with Smashing Interviews Magazine, Arnaz said that she maintains fond memories of Christmastime. She recounted that Christmas holds a special place in her heart because it was the one time a year that her parents were at peace with each other and the whole family came together in the spirit of the holidays.

"I was just telling my husband yesterday that Christmas is one of my favorite times because it really was a good time at our house. My parents were not getting along very often, but it was the only time of the year when there wasn’t stress. They were divorced when I was seven years old. But there were some terrific Christmases that I remember. They went out of their way to make them beautiful and memorable when the whole family and extended family would be around," Arnaz recalled.

"We always had a white flocked Christmas tree with blue lights and those big ball ornaments that reflected the room behind it, you know? We had Christmas Eve night, and when all the people would show up, we’d do the dinner. We’d do traditional Christmas Day as well with more people and friends coming over. After my parents were divorced, I thought that Christmas would end, and it would all be horrible, that there wouldn’t be the same kind of compassion and love. But what actually happened was that we got two Christmases."

After her I Love Lucy mom and dad divorced, Lucy and Desi held separate Christmas celebrations for their kids, each one with a very different vibe.

"We got the Christmas at mom’s in Beverly Hills, and then three days later, we got in the car and went down to dad’s to have another Christmas there. That was really funny because that was the Cuban Christmas, which is a lot more 'fiesta.' My mother had the white flocked tree and the blue lights, and my father had the silver tree that was fake. You’d pull the arms down and put the green, yellow and blue spinning light underneath it and sing, 'Feliz Navidad,'” Arnaz remembered.

"It was a whole other world! There was a roast pig instead of a turkey. But we had the best of both worlds. There were always way too many presents for everybody, so I grew up thinking if there were not 57 presents under the tree, it wasn’t a good Christmas. My kids were spoiled rotten until I realized that wasn’t necessarily a good thing."