Image attributed to B J Pappas 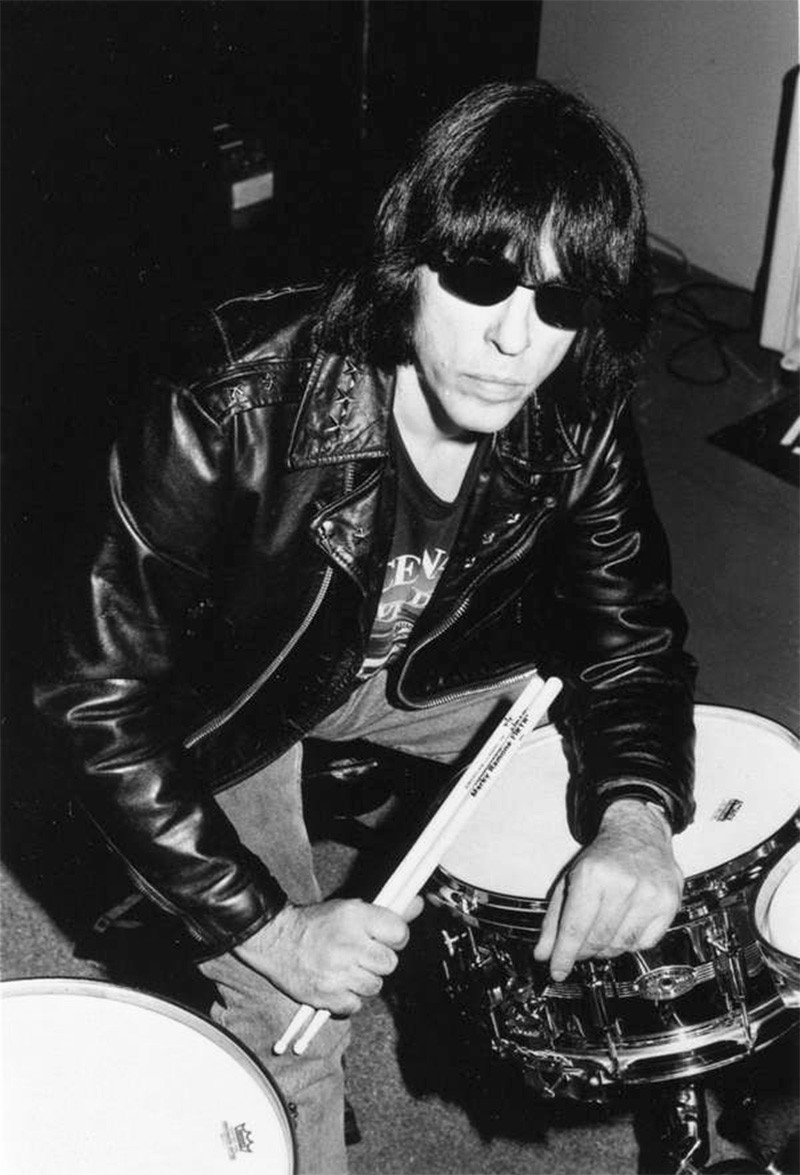 Musician Marky Ramone (born Marc Steven Bell, July 15, 1956) is best known for being the drummer and only living member of the iconic punk rock band the Ramones, which featured Joey, Johnny and Dee Dee. He has also played in other notable bands like Dust, Wayne County and the Backstreet Boys, Richard Hell & the Voidoids and the Misfits.

"Three of them died. When Joey died, that was one. Then Dee Dee died. They were all my friends and bandmates. Then Johnny died. Even now, I still can’t believe it … the loss. You are so depressed, but then you start thinking of the good things that you did together. You get over it. You don’t get over their deaths. The depression I went through for a while after they all passed away like that was horrible because you just didn’t think it would happen to all three."

In 2002, the group was ranked the second-greatest band of all time by Spin magazine, trailing only The Beatles. On March 18, 2002, the Ramones – including the three founders and drummers Tommy and Marky – were inducted into the Rock and Roll Hall of Fame, and in 2011, the group was awarded a Grammy Lifetime Achievement Award.

Marky is set to launch a new memorabilia technology system when the Interactive Meet and Greet Entertainment (IMAGE) experience debuts at The Greater Philadelphia Convention Center on November 23, 2012 at 6:00 PM eastern/3:00 PM pacific time. The online autograph signing event – accessible at his website (markyramone.com) and the IMAGE website – will give his fans the opportunity to experience a face-to-face encounter and transaction via Internet that will also be recorded for proof and posterity.

The legendary rocker continues to tour the world with his band, Marky Ramone’s Blitzkrieg and is currently in his seventh year as a D.J. on Sirius/XM Satellite Radio, hosting “Marky Ramone’s Punk Rock Blitzkrieg.”

Marky Ramone: You got it.

Marky Ramone: Yeah, that’s how I spell it, too. When they asked me to become a Ramone, I put a “y” on Mark because “Marcy” sounded like “Marcee.” I had to do that, you know? It just sounds better.

Marky Ramone: Well, it’s through the Internet. Because of the Internet and the Information Age, many people have been buying things that aren’t real like autographs. There are a lot of forgeries out there. Now with this, they can see a celebrity sign what they want through the Internet, and then it is sent to them. At least they have a video or photo of the person signing it. I think that’s great.

Melissa Parker (Smashing Interviews Magazine): How did you get involved in the project?

Marky Ramone: Gary (Sohmers, IMAGE founder and longtime dealer in pop culture merchandise) set it up. I wasn’t aware of it and didn’t know anything about it. I’ve never experienced anything like this before, but he says it works, and I believe him. If you need further information, you can go on Facebook or on the IMAGE website and see what all is involved.

Melissa Parker (Smashing Interviews Magazine): The first event is Friday, November 23 in Philadelphia. Will you be signing some personal items?

Marky Ramone: I have my drumsticks, drum heads, some artwork, my pasta sauce that’s been out for a year and a half. It’s like a little store (laughs).

Melissa Parker (Smashing Interviews Magazine): The fans can talk to you through any device with an Internet connection?

Marky Ramone: Yes. Anywhere. That’s what is so unbelievable! I wish I had this for people I liked when I was into many of the bands that I loved years ago. But it’s here now and just shows how technology works.

Melissa Parker (Smashing Interviews Magazine): This might result in the fans having a closer relationship with the artist.

Marky Ramone: That would be nice, too. If it weren’t for them, this wouldn’t be happening.

Marky Ramone: I just came off a month tour from Argentina, Brazil and Chile. I always do South America about once a year, and we did some shows with KISS and Marilyn Manson. We all had a great time. The variety of the bands was really cool. There was something for everybody.

I just got home and was away when Hurricane Sandy hit the area here. I can’t believe the devastation! I’ve been trying to help friends and some of my family get their stuff back together now that I have a couple of weeks off. I’m going to have a vacation after three years. I’m using that time to bring my pasta sauce and food to people and helping the clean up at Rockaway Beach, which was hit really bad. I just got home, and I can’t believe how different things are.

Melissa Parker (Smashing Interviews Magazine): Can you ever imagine a time when you stop performing?

Marky Ramone: I always wanted to do this since I was in school and always wanted to go to places I’ve never been. You develop relationships with people all over the world, so your body will tell you when to stop. I never smoked cigarettes. I used to drink a long time ago. I was a periodic drinker and that was 25 years ago. Now I just get off playing in front of people, meeting people and just living my life in a simple way.

At one time, maybe in the future … hopefully not … but we all get older. The body might say, “Hey, chill out. Cool off a little bit.” I could still do my radio show in New York and maybe some D.J. stuff. But I don’t see it happening at this point.

Melissa Parker (Smashing Interviews Magazine): Marky, give me the short version of how you joined the Ramones in 1978.

Marky Ramone: I was asked by them to replace Tommy who was in the band for three years. He didn’t want to tour anymore, and he was getting sick on the road. Some people can take it. Some people can’t. He and Dee Dee Ramone asked me to join the group. I stayed with them for 15 years and 1,700 shows. That’s what it was like. The first song I recorded was “I Wanna Be Sedated,” and we were the first punk band to be in the Rock Hall of Fame. We also got a Lifetime Achievement Grammy. I couldn’t believe that. I never expected that.

Melissa Parker (Smashing Interviews Magazine): That’s quite an honor. Where did the name “Ramone” come from?

Marky Ramone: Paul McCartney would check into hotel rooms and to avoid people knowing about it, he’d call himself “Paul Ramone.” Dee Dee took the name and used that for the band. 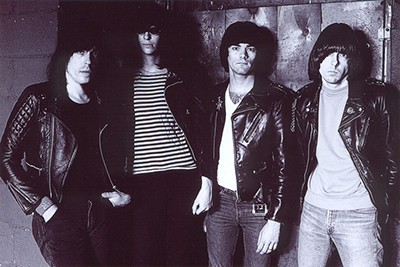 Melissa Parker (Smashing Interviews Magazine): “I Wanna Be Sedated” is just one of my favorite Ramone songs.

Melissa Parker (Smashing Interviews Magazine): Yes, very difficult to choose one favorite. Who influenced you as a drummer and musician?

Marky Ramone: Ringo from The Beatles, Dave Clark from The Dave Clark Five, Keith Moon from The Who, Mitch Mitchell from The Jimi Hendrix Experience, loved John Bonham, Ginger Baker and Buddy Rich (believe it or not). I like any person that I can learn from.

I don’t close my mind to anything or one genre of music. I like the blues, early rock, Jerry Lee Lewis, Chuck Berry, Elvis and Buddy Holly. I like Frank Sinatra and also liked the British Invasion. There are many new groups out there that I like and I play them on my radio show on Sirius/XM. You have to keep your eyes and ears open to everything if you want to learn and keep getting better.

Melissa Parker (Smashing Interviews Magazine): The Ramones had such a hard, fast musical style. Were you typically worn out after a live performance?

Marky Ramone: No. The more you do it, the easier it is because it’s like lifting weights or going to a gym or getting on one of those treadmill things. You build up to it and then it’s easier. I never felt exhausted after I played. I felt good like I had just had a good workout.

Marky Ramone: Road to Ruin. That’s the first Ramones album I did and my first two albums I did when I was in high school with a band called Dust. That’s heavy metal drumming, but I was into a lot of the metal stuff when I was a kid in high school. One other Ramone album I like a lot is Mondo Bizarro. Those are basically some of the albums that I really like and ones that show off my skills.

Melissa Parker (Smashing Interviews Magazine): There was some deaths in the band that I’m sure affected you greatly.

Marky Ramone: Three of them died. When Joey died, that was one. Then Dee Dee died. They were all my friends and bandmates. Then Johnny died. Even now, I still can’t believe it … the loss. You are so depressed, but then you start thinking of the good things that you did together. You get over it. You don’t get over their deaths. The depression I went through for a while after they all passed away like that was horrible because you just didn’t think it would happen to all three.

Melissa Parker (Smashing Interviews Magazine): That had to have been very traumatic, to say the least. I’m sure you had to take some time to reflect on your own mortality.

Marky Ramone: You have to. I mean, that’s life.

Melissa Parker (Smashing Interviews Magazine): Are you coming out with a book next year?

Marky Ramone: Been married since 1984. She’s my childhood sweetheart. She went to a parochial Catholic school, and I went to a regular high school. We met and hung out, got older and got married (laughs). That’s how it is. I was never into the groupie thing. I was never into that stuff. I was always loyal to my wife. To me, that is very important.

Melissa Parker (Smashing Interviews Magazine): How are you spending the holidays?

Marky Ramone: I’m going to spend Thanksgiving traveling to Philadelphia to do this signing thing, but in the meantime, I have this time to help my friends and family with their destruction from the storm because I was away when it happened.

Melissa Parker (Smashing Interviews Magazine): I know that will be appreciated. Are you going back on another tour?

Marky Ramone: I will. I’m going to England. I want to go to the South, the West, to California. I want to go where you guys are to Alabama, Georgia and Mississippi. I want to visit Sun Studios again. I love it down there. I love my fans there, the weather, the food … everything.