J Sutta Interview: "If I Were to Do a Pussycat Dolls Reunion, It Would Be for the Fans" 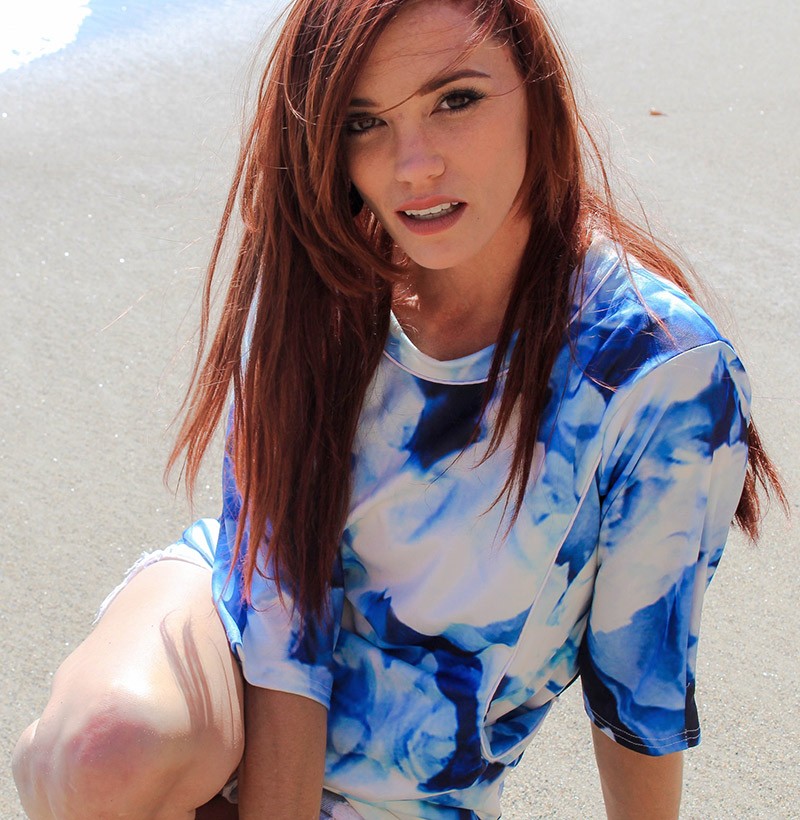 Jessica Lynn Sutta, also known professionally as J Sutta, is best known as a member of the pop girl group and dance ensemble, the Pussycat Dolls. The Pussycat Dolls achieved worldwide success with hit singles, “Don’t Cha,” “Buttons,” “Stickwitu,” and their first album PCD. In 2010, Sutta left the group and has been pursuing a solo career. Her debut single, “Show Me,” reached number one on the Billboard Dance Club Songs, and her official debut album, I Say Yes, was released March 3, 2017.

I Say Yes, executive produced by multi-Grammy winner Rico Love, features the talents of Pitbull, Liam Horne, Will Peters and Fuse ODG. The album is an elegant blending of Electronic and Pop and includes previously released singles, “Forever” and Distortion.” “Forever” was the number one independently released song on Top 40 Radio for four weeks straight with over 1.5 million streams and 2 million views on YouTube, and “Distortion” recently was number one on the Billboard Dance Charts.

"The biggest dream I ever had was to create my own album, and throughout the process, I really got to know myself."

Melissa Parker (Smashing Interviews Magazine): Do you prefer to be called “J” or “Jessica”?

Melissa Parker (Smashing Interviews Magazine): I am enjoying the new music. What was your vision for I Say Yes?

J Sutta: The biggest dream I ever had was to create my own album, and throughout the process, I really got to know myself. I went through very big obstacles and overcame them, and it reflects in my music. I’m so happy to hear that you love it. It means so much to me because it truly is bearing my soul. Honestly, I’m so grateful for the experience. It’s like I’m now who I’m supposed to be. It’s awesome and incredible.

J Sutta: You know, in the world you hear a lot of “Nos,” and it’s disheartening. It makes you want to give up. But, you really have to say that one “Yes,” for that one opportunity that can change your life forever. That’s what I said when we made this album. I’m saying “Yes” to myself, and I don’t have a big power, money machine behind me. We’re funding it ourselves. I’m an independent artist, and I’m doing what it takes because I love what I do. That’s where I’m at. I’m very proud of what we’ve accomplished with the album. It’s very satisfying.

Melissa Parker (Smashing Interviews Magazine): Basically, you’re saying that as an entertainer, you have to keep on going despite hearing some “Nos”?

J Sutta: Absolutely! There are so many “Nos,” but there’s one that leads to that “Yes” that will change your life.

Melissa Parker (Smashing Interviews Magazine): How did it come about for Rico Love to produce the album?

J Sutta: He’s a dear friend of ours. I respect Rico so much as an artist and especially as a writer. He’s written for the most incredible artists. He came on to the project because he believed in me. He looked me dead in the eyes and said, “You know what? I really believe in you. I know how hard you work. I’m on board.” That was it.

I was in the studio working with him, and we were creating these songs that were so incredible and so beyond any of my expectations and dreams. Since I was working with Rico, it kind of inspired me to really go in and hone in on my voice. I really invested my time to be the best artist I could be because I was on a Rico Love level, and I didn’t take that for granted, not one bit.

Melissa Parker (Smashing Interviews Magazine): Tell me about writing the songs for the album.

J Sutta: It was my input because it was my first album. Before, I was in a pop group where I didn’t have any input, and I was just a paper doll in the back kind of watching and learning. You know, I learned a lot. But, this time, I wanted to really have my life in the music.

I wanted to be honest with the music because the more it’s honest, the more people you can heal and have more people connect to it. When you meet me, what you see is what you get. I don’t really have a guard up. I am who I am, especially now after making this album and coming into my own. I know exactly who I am now.

J Sutta: Feline Resurrection was more of a practice. It was a practice run for me. It was a very experimental time for myself. I was trying anything and everything because I was just waking up to the artist I wanted to be. I’m very lucky to have had the head of the Premier League Music label give me the time to develop and just allow me to spread my wings and create things visually and kind of shake the ground a little bit with visuals because my artist was yearning for that.

Melissa Parker (Smashing Interviews Magazine): You were involved in dance very early in your life.

Melissa Parker (Smashing Interviews Magazine): When did the interest in music begin?

J Sutta: I always wanted to be Debbie Gibson. I just thought she was so incredible. I would just practice being her and Janet Jackson. My mom knew my love for performing because I always performed for everyone that came to the house. I was just a ham. I just wanted to be the center of attention, make people laugh and make people happy. I felt that was my duty as a human being at a young age. Where I lived is about 45 minutes south of Miami, and that’s where all the things were happening. So, I started going to Miami at 14 doing music videos.

I started working in the Latino market. I booked a soap opera there for nine months and saved all my money and moved out to Los Angeles. My first job in Los Angeles was the Pussycat Dolls. So, there it is. That’s kind of how it all happened. There’s a lot more in between, but that’s the fast-track story (laughs).

Melissa Parker (Smashing Interviews Magazine): How did you adjust to the quick fame after landing your first big break with the Pussycat Dolls?

J Sutta: I did it very quickly (laughs). I hit the ground running. I did not know what was happening. Literally, I moved from a small suburb of Miami, moved all my stuff to Los Angeles, hadn’t ever left the country and never really had left the city, to having a song blowing up all around the world. We went to the UK, I think, for the first time, and then I was in Singapore. We were all over the place. I really didn’t know what to think, but I definitely had a great time (laughs).

Melissa Parker (Smashing Interviews Magazine): You got hurt on stage and decided to leave the Pussycat Dolls in 2010, but that was around the time the group disbanded anyway, correct?

J Sutta: Yeah, it was. It was nearing the end. Everyone was kind of frustrated artistically and wanted more input and wanted to be a part of it more. But, something I realized is that it wasn’t mine, you know? It wasn’t ours. It was a big machine that we were a part of.

That experience for me was to learn and I did, and it was phenomenal. I mean, the experiences I’ve experienced in this lifetime are just so great. I danced in front of the pyramids in Giza. Who can say that? The whole experience was just phenomenal, and I’m very grateful for it.

Melissa Parker (Smashing Interviews Magazine): There’s been talk over the past few years about a reunion. Are you in favor of that?

J Sutta: I would never say never. I love the fans. The fans are everything. So, yes, if I were to do a Pussycat Dolls reunion, it would be for the fans, for sure.

Melissa Parker (Smashing Interviews Magazine): Are you still in contact with the girls?

J Sutta: I am. Everyone’s grown up! Kim had a baby! I mean, it’s crazy! But, yeah, it’s like a sisterhood. I experienced things with these girls that … it’s just unforgettable. I feel like we all have a bond that is like family, for sure.

Melissa Parker (Smashing Interviews Magazine): Will you be touring on I Say Yes?

J Sutta: I’m actually starting touring in Chicago April 1, and then I’ll be in Baltimore in June. I’ll be all over the place. You can follow me on Facebook or Twitter to see all my tour dates.

Melissa Parker (Smashing Interviews Magazine): What’s next for you?

J Sutta: We’re going to tour this album, but I will probably go into acting since I’m living in LA. It would be really fun to be on a show here. That’s something I’m focusing on.

I’m an entertainer, and that’s what I want to do for my life. That’s what makes me so whole. It makes me so happy to make people be present in the moment and be happy, to make them smile or maybe even cry with me in the music.