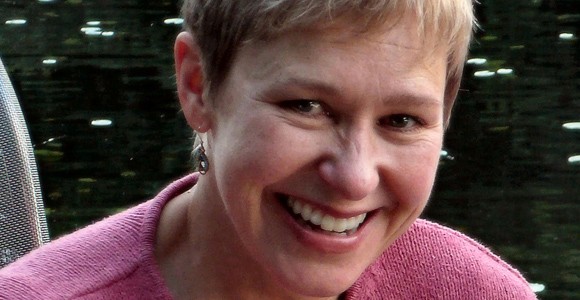 Viewers accompany Feinstein on stage and backstage in this documentary, hear him interpret great standards, listen in on personal stories about the songwriters and entertainers he’s worked with over three decades, and join him on his quest to find and preserve rare treasures of classic American music.

"We spend an awful lot of time actually talking about solving narrative problems. I don’t know how many years you have to do that to figure out how it works, but it’s just a constant challenge to tell a story well. You have to keep that narrative churning along."

Episode One, Putting on the Tailfins, focuses on the 1950s and 1960s when the Great American Songbook competed with rock ‘n roll and rhythm & blues. Episode Two, Best Band in the Land, examines how popular songs provided emotional solace and inspiration during World War II. Episode Three, A New Step Every Day, explores the fast and furious 1920s and 1930s when jazz was hot and illegal booze flowed freely in underground speakeasies.

Since 1987, Edwards has been host and producer of New Jersey Public Television’s long running arts and culture series State of the Arts, where she has earned 12 regional Emmy Awards for her work. Her previous documentary work includes: Words and Music by Jerry Herman, Against the Odds: The Artists of the Harlem Renaissance, Quicksand & Banana Peels: A Year in the Life of Two Principals, and George Segal: American Still Life.

The Kansas City native graduated from Yale University and in addition to her film and broadcasting work sings professionally in public and private cabaret venues in New York City and Connecticut. 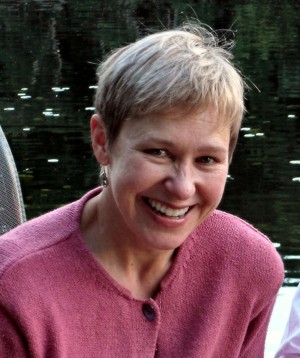 Amber Edwards: Yes it is.

Melissa Parker (Smashing Interviews Magazine): Did you come up with the idea?

Amber Edwards: I had interviewed Michael for the Jerry Herman documentary that I did which was on PBS in 2008 and he was beyond terrific. When that was all said and done I was kind of casting about for another project.

I approached Michael with actually another idea originally. It was to do a performance-oriented late night cabaret series for TV. As I talked to him, I realized if you just follow this guy around you would have the most entertaining and wonderful documentary of all because he every documentarian’s dream. He’s a character who wants something, he is willing to go to almost any lengths to get it, and you have this wonderful kind of historical context, which becomes much more than a music theory.

Melissa Parker (Smashing Interviews Magazine): How long did it take, from concept to actually filming the documentary? I know archival footage can be rather expensive.

Amber Edwards: Yes and we’re still on that journey actually. We first had to come up with enough money to say, “Okay we can legitimately start shooting.” We are of the documentary school that says, “If you wait until you get all of your money, you’ll never make the show!” So you kind of raise money as you go. But, we came up with the idea in May of 2008 and we were filming by that September.

Archival footage can be expensive, but the good thing is that it’s not costly until you have to ultimately finish the program. You can get a ton of archival screeners to look at and evaluate. It’s only now when the huge bills are coming in when you actually have to license the stuff.

We worked with a wonderful collector named J. Fred McDonald out of Chicago who has a 9,000 square foot warehouse full of stuff. One of his areas of interest and specialties is American popular culture so I have something like 60 screener DVDs of film footage from Fred that enabled me to figure out what’s going to work and what’s worth further exploring.

Amber Edwards: Yeah and we were able to go, in some cases, to the original source. Some of our stuff from the 40s is in the National Archives. We got them to dig out their 35-millimeter prints and have them transferred. One of the clips we have is actually from a 35-millimeter nitrate film, which has to be shipped (it’s a flammable solid) with all this special documentation and stuff.

Melissa Parker (Smashing Interviews Magazine): Michael will sing some standards and show archival footage. What do you want people to learn from the 3-part series?

Amber Edwards: Well, a lot. I want them to, if they don’t know this material, be able to say, “Wow, this is really fantastic music!” Also, I think it’s such a snapshot of who we were as Americans in the 20th century, which everyone talks about as the American century. I mean, there’s such a sense of optimism really. What’s the phrase, “When good music was popular and when popular music was good?”

You have these amazing talents writing what was essentially popular music that was on the radio. There was just a more unified kind of culture then, for better or for worse. But I think that Michael is just a wonderful kind of … he really is able to connect the dots culturally to the music because he really always lives in that world. That’s just the world that he thinks of and he has tremendous recall.

I don’t know how Michael holds on to all the facts that he does (laughs). I think of him … in some ways, I think he’s more like a classical musician in that he is the vessel for this material. That is unlike many singers who feel like they have to really put their own stamp on it and give it a completely new interpretation to make it distinctively their own. I think he is distinctive in that he wants you to appreciate the song. 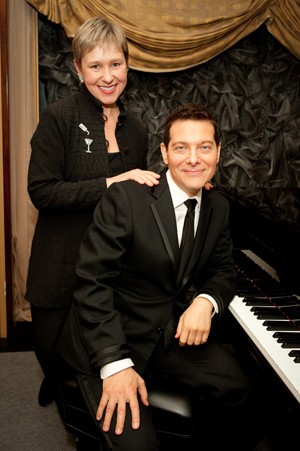 Amber Edwards: Yes he did.

Amber Edwards: Right and Mame and La Cage aux Folles. That PBS documentary was on in 2008 and it was called Words and Music by Jerry Herman. Michael did a couple of sections of it including one of his signature songs, “I Want Ten Roses” (from Mack & Mabel). We’re really hoping we can come back in 2011 because there’s a lot of footage we just couldn’t introduce.

When we were in Palm Springs and Michael was performing there, we went to visit Jerry Herman. Jerry taught Michael a song that was in his “trunk,” that had never been published or recorded. That’s one of those things we’re kind of holding in our quiver for the next round. It was just a wonderful moment to see this kind of passing of the torch. Jerry had written out the lyrics on a piece of legal paper. Michael doesn’t need to read music. He was just sort of teaching him the song line by line.

Melissa Parker (Smashing Interviews Magazine): Yes, I thought it was remarkable that Michael learned to play the piano by ear at five years old.

Amber Edwards: Yeah, it’s one of those idiot savant things where you just say, “I cannot comprehend this, but isn’t it wonderful?”

Melissa Parker (Smashing Interviews Magazine): Absolutely. How long have you been a producer, Amber?

Amber Edwards: My first PBS documentary was in 1992 and I’ve been working in television for 25 years.

Melissa Parker (Smashing Interviews Magazine): Have you always been with PBS?

Amber Edwards: Well, I was actually employed by New Jersey Public Television. That was the producing entity for the Jerry Herman documentary, but two years ago I decided it was time to step out entirely on my own.

I made the first PBS documentary with an independent production company my partner and I created in 1990. So that was always there to be fired up for projects and then it could go into dormancy when necessary. It’s now kind of ramped up into full steam production for this three-part series. I’ve never done a series so this is a big new adventure for me as well.

Melissa Parker (Smashing Interviews Magazine): You were also a singer?

Amber Edwards: I do sing. In fact, I just got a little check for my work. I’m on the soundtrack for this new HBO series Boardwalk Empire. It’s a Martin Scorsese series that’s set in Atlantic City in the 1920s.

Amber Edwards: Yes and my mother is from the south so I’m familiar with your accent. I recognize it as being not Mississippi or Georgia or Arkansas. My mother was a real connoisseur of different accents. She was from Arkansas by way of Mississippi.

Melissa Parker (Smashing Interviews Magazine): You’re married to an author. Have the two of you ever collaborated on a project?

Amber Edwards: One time we actually sat down and wrote a screenplay together, then read it, and put it away in a drawer. He is certainly a kind of wonderful first line editor. I show him stuff when I have half an hour in order to get completely fresh eyes and similarly he will show me the first 100 pages of something.

We spend an awful lot of time actually talking about solving narrative problems. I don’t know how many years you have to do that to figure out how it works, but it’s just a constant challenge to tell a story well. You have to keep that narrative churning along.

Melissa Parker (Smashing Interviews Magazine): Have you thought about your next project with Hudson West?

Amber Edwards: Well, Hudson West is basically a two-person outfit. But I would love to come back with more Michael Feinstein. I think it has tremendous potential to not just be a music show but to be a real pop history show.

I have a whole list of topics I’d like to explore. Michael is just a whirling dervish, so if you could just hitch a ride with him, there is always an adventure there.