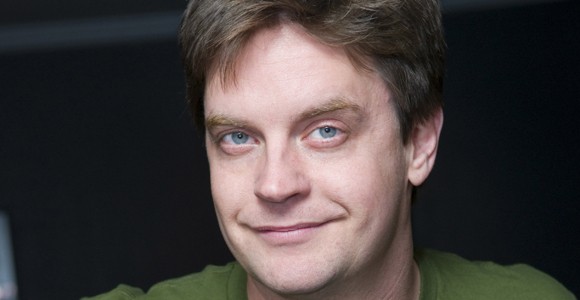 With over 20 years of stand-up comedy experience, Jim Breuer remains one of today's top entertainers and continues to win over audiences with his off-the-wall humor and lovable personality. Named one of Comedy Central’s “100 Greatest Stand-Ups of All Time,” Breuer has found success in various facets of the entertainment industry, and is one of the most recognizable comedians in the business.

In addition to keeping busy on his current comedy tour, "Cheaper Than Therapy," Breuer has written his first book, I’m Not High: But I’ve Got a Lot of Crazy Stories About Life as a Goat Boy, a Dad, and a Spiritual Warrior, which is set for release October 5, 2010. In the memoir, Breuer sheds light on his early struggles, his rise to fame, and the many lessons he’s learned in an extremely funny, yet personal and touching way fans have never seen before.

"I realized, before I even smoked pot, I was pretty hilarious. I was kick butt touring and destroying places and getting standing O's before I had pot. The pot started deceiving me. I started thinking that I needed to be funny or creative so yeah it was very addictive."

Breuer’s big break came in 1995 when he joined the cast of NBC’s legendary hit show, Saturday Night Live. During his four years on SNL, Breuer quickly became a fan-favorite for his original character Goat Boy and his dead-on impressions of actor Joe Pesci. Following his success on SNL, Breuer starred alongside Dave Chappelle in the cult film favorite Half Baked.

Other feature films for the comedian included Dick, Titan A.E. and Beer League. His most recent film is the animated comedy, The Zookeeper, featuring Kevin James. On the small screen, Breuer hosted MTV’s popular Beach House and VH1’s Web Junk 20, and appeared recently on NBC’s hit The Marriage Ref. 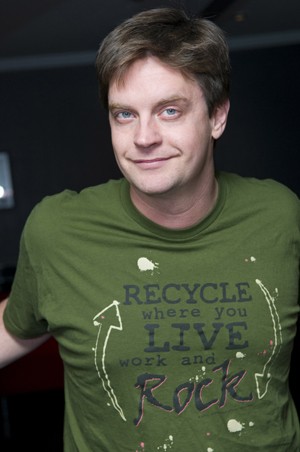 On July 25, 2009, Breuer’s one-hour Comedy Central special Let’s Clear the Air premiered with hilarious topics that included what “success” really is, his SNL days, and life with his elderly parents, his wife, and his three daughters.

Jim Breuer: I’ve had these stories inside of me that I’ve been dying to put out there. I have these funny stories about entertainment and these stories that have a deeper meaning to them so I thought that would be the perfect mix to put into a book.

Melissa Parker (Smashing Interviews Magazine): You have stories in the book about your experiences with Saturday Night Live?

Jim Breuer: Oh yeah, Half Baked and Saturday Night Live, meeting celebrities, hanging out at parties with rock stars, and all that jazz. When you peel away those little jewels, though, you say, “Oh, what’s this? Wow! There is a deeper cool thing in here, too!”

Melissa Parker (Smashing Interviews Magazine): Did you decide on the title, I’m Not High, because there is an assumption you’re always high?

Jim Breuer: Yes. It started in the 8th grade and I still can’t shake it. Partially it’s the way God made me so I can’t do much with it. I’ve got these big “doofy” Garfield eyelids so I look high all the time. The movie Half Baked didn’t help either.

Melissa Parker (Smashing Interviews Magazine): When you were on Saturday Night Live, Chris Farley and others were doing drugs. Marijuana was your drug of choice.

Melissa Parker (Smashing Interviews Magazine): Were you addicted to marijuana?

Jim Breuer: Oh, without a doubt, without a doubt. Potheads get so mad at me for saying that but there’s this misconception that it’s not addicting, but it’s very addicting. When you’re planning your day around your pot buzz, I’d say you’re addicted and that’s where I spent a lot of time for a couple of years.

Melissa Parker (Smashing Interviews Magazine): Did you have to go through rehab?

Jim Breuer: No. That’s another thing. It wasn’t like … I had a heavy moment that changed things for me. I was playing with my daughter and she looked at me and said, “Dad, your eyes are really red.” I said, “Well, I got allergies.” But, I was baked out of my head. I thought it was cooler because I could get on her little monkey flying level, but that day I kept thinking about what she said to me.

I thought, “Is she going to grow up remembering that moment and think that her dad needed to be high to play with her?” That was a defining moment for me. Then I started really reflecting, wanting to do stand-up, wanting to write all the family material I’ve been dying to put out there forever.

I realized, before I even smoked pot, I was pretty hilarious. I was kick butt touring and destroying places and getting standing O's before I had pot. The pot started deceiving me. I started thinking that I needed to be funny or creative so yeah it was very addictive.

Jim Breuer: I did. Well, not the Goat Boy you see. The Goat Boy originally in my head was just a guy who had Tourette’s and all his friends knew he had it. Instead of cursing he would do the goat. He’d go to a party and say, “Hey, I’m really eeeee (bleating) excited to be here. Guys, do you have eeeee (bleating) drinks?” So originally that was the character – a guy with Tourette’s but he bleats like a goat.

Another guy a couple of months later after I pitched the idea came up with the whole concept of, “How about he sings 80's songs? How about he has a show on VH1? How about the government made him and they failed?” I thought that was the craziest thing I’d ever heard in my life. But, I trusted him and we went with it.

Melissa Parker (Smashing Interviews Magazine): You put “spiritual warrior” in the book title. Are you a religious person? 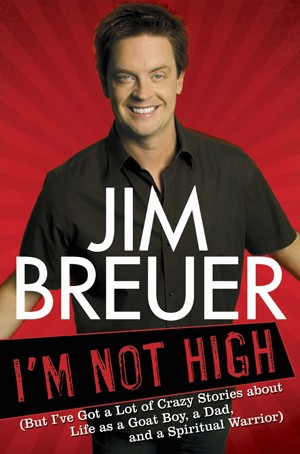 Jim Breuer: No, I don’t like that word. I think that word is deceiving. I don’t belong to a church and I’ve never read the Bible. But, I probably have a deeper faith in God or a major positive force than the highest priests or pastors of the world. My ears and eyes are open to every human being.

We hold priests, pastors, and reverends up to a hierarchy that’s impossible to live up to. Many of them put themselves in that position, but that’s not what you’re supposed to do when you’re representing a higher force in my opinion. So yeah, there’s a major force that drives me but I will never categorize what I am because that’s unfair to people.

Why would I say I’m a Christian? I would be closing the door for everyone outside of Christians. If I say I’m a Jew, I’ve just closed the doors to anyone else. I think that’s one of the most devastating things that we’ve been taught in our society in the last decade, to label one another. You’re either Christian, you’re liberal, you’re conservative, there’s no more thinking, there’s no more anything. They’re genuinely brainwashed and have taken it all away. I want it out there that I guarantee you there’s millions of people that feel the way I feel.

Melissa Parker (Smashing Interviews Magazine): You live in New Jersey with your family and elderly father.

Jim Breuer: Well, you know, this might be the last year. He wheezes and coughs, and has a little dementia. Most of his brothers and sisters (there were 10 of them) died around 87 or 88.

Jim Breuer: I’m touring up until the end of December and then I’m done. I’d like to write some films and some family television. I want to make some really funny great family videos and television, maybe go back to fulltime radio so I can be at home.

Melissa Parker (Smashing Interviews Magazine): You have The Zookeeper coming up.

Jim Breuer: Yes. That comes out next July. We’re done with that. I play a crow that wants to be with the zoo animals but he’s not so it bothers him that they don’t let him be with them. He’s an outsider but he ends up being needed the most at the end.

Jim Breuer: Yeah. Nick Nolte and Cher are in it, too. Kevin James is hilarious in the movie. He asked me to do it and I can’t thank him enough.

Melissa Parker (Smashing Interviews Magazine): You are involved with the Chris Farley Foundation. Tell me about that.

Jim Breuer: It’s a halfway house. Right now I’m working with this Daytop (drug and alcohol treatment program) group where I live. People look at juvenile delinquents and just see the delinquent. They don’t think that maybe he’s one because his father died when he was 14, he got labeled, and got addicted to drugs, maybe ended up in prison.

These kids can’t go back home because most of the time that’s where the problems started. When they don’t have a family member that’s willing to take them in, these halfway houses teach them how to get a job. They have a curfew there and rules. If they break the rules they’re out. But they give them something to do and they learn how to cook and fend for themselves because the outside world is not going to do that for them.

They can’t go back home where the disease is fed. The houses run on donations or in some cases the State funds them. I have a family member that works in one of them and he has little kids from arson and sex offenders. He said most of these kids had been raped and it usually takes years to get them back out into society. This program doesn’t work 100% of the time and may not even be 50%, but it does work. I have seen it work in my own family.