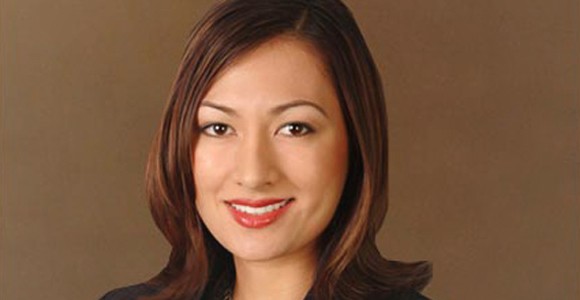 Lani Hay, one of Fortune magazine’s top female business leaders of 2009, is a former intelligence officer and aviator who served honorably in the United States Navy for 9 years. After earning an MBA, Hay decided to start a business that would be less risky than most start-ups so she turned to federal contracting.

"I can’t say that I’ve felt discrimination as a woman even though I know many people don’t like me because I’m a girl playing in a man’s sandbox and taking away their market share."

Hay holds a Bachelor of Science degree in Mathematics from the United States Naval Academy, a Master of Business Administration degree from the College of William and Mary’s Mason School of Business, and a Master’s Certificate in Government Contracting from George Washington University. She has also completed continuing education courses at Hawaii Pacific University, Harvard University’s John F. Kennedy School of Government, and the Esalen Institute.

This busy entrepreneur is also involved in support of arts education and military veteran issues. For the past 2 years Hay has hosted a dinner for the non-profit arts organization The Creative Coalition and continues her work championing the importance of arts education. 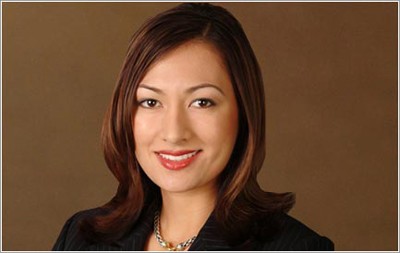 Lani Hay: In 1975, two days before the fall of Saigon, my family left Vietnam and then it took them 2 months to make their way through the refugee camps in the Philippines and Guam. They ended up in Manassas, Virginia and two weeks later I was born.

When I came home from the hospital it was to a two-bedroom townhouse with military issued … about 20 people living in military issued sleeping bags and tents. That was my early life.

I went through the Virginia public school system. I wanted to be a pilot in the Navy, an F-18 pilot. My father had taken us to air shows when we were little at naval air stations. David Robinson and his brother Chuckie introduced me to the Naval Academy. They went on to play professional basketball in the NBA.

I thought attending the academy would be a great way for me to serve our country, get a great education, and be my pipeline to becoming a pilot. I wanted to be a pilot, not just any pilot, but a Blue Angels pilot.

Melissa Parker (Smashing Interviews Magazine): Are you an only child?

Melissa Parker (Smashing Interviews Magazine): When you were small and dreaming of becoming a pilot, did you ever think that you would have accomplished all that you have in adulthood?

Lani Hay: No, I didn’t even know that I could dream this big when I was little. When I started my company, I thought if I could only build a $15 million business in 5 years then I’d be able to retire and live life on a beach somewhere. I didn’t even realize that there were people out there that had built billion dollar businesses in their own lifetime and so I kind of set my goals a little low (laughs).

I guess I surprised myself along the way that I could accomplish the things I set my mind to. Now I tell people that you’ve really got to think big.

Melissa Parker (Smashing Interviews Magazine): You hold several degrees. Was the ultimate goal from your education to build your own company?

Lani Hay: When I started my MBA, it wasn’t but there was a company that wanted my technical expertise from my time when I was serving in the Middle East. I told them at the time I was too busy to help them. They said, “We’ll pay you for your time. We just want you to give us a fresh set of eyes on this new technology.” So they paid me as a consultant and that’s how I started my company.

I made the decision to use my MBA to actually structure a real company, write a business plan, and learn how to do business with the federal government. So it wasn’t the intent, but from that point on, definitely.

Lani Hay: Yeah and an aviator.

Melissa Parker (Smashing Interviews Magazine): Are there any differences between the duties of male and female intelligence officers?

Lani Hay: No, actually there isn’t because it just takes an analytical mind and that’s brainpower, not muscle power.

Melissa Parker (Smashing Interviews Magazine): Were you ever put in dangerous situations?

Lani Hay: Sure. We flew missions over Iraq during Desert Shield and it was really busy airspace during the crisis. There were a lot of units that were flying. I did a tour over in the Far East and 2 months after I left is when the Chinese jet collided with the P-3 Orion back in China. So, yes, I think that’s kind of a dangerous situation (laughs).

Lani Hay: Lanmark Technology provides expertise and high level consulting to our government, primarily to the Department of Defense, on new technologies and on initiatives that protect our service members and homeland.

During the whole Iraq War, the count of the IADs (Integrated Access Devices) was a big problem. They were just basically cheap weapons that Al-Qaeda and our enemies were using as weapons of strategic influence. Even though they were cheap, it was causing a mental and morale issue for our service members. So, one of the things that we do is help develop new technologies that will prevent the IADs from being constructed.

We’re also involved in the gathering of forensic information on the bad guys. If there is a bomb that goes off … what they used to do is send the bomb back to Quantico and the forensics would be handled there. But we’re developing the capabilities for them to actually do the forensics on site. 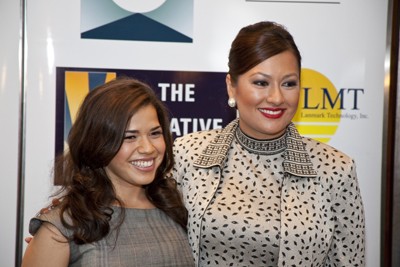 So we’re developing the biometric watch list and will be coordinating with the State Department and Homeland Security. That’s what they will use for the Visa process. The Christmas bomber (we call him the “Fruit of the Boom” since he was wearing Fruit of the Loom) would have never gotten through if the biometric system had been in place because he could have not obtained a Visa.

Lani Hay: I do. I meet with the president more about the small business policy area though. I’ve got my technical experts (my employees) who meet with all levels of the Department of Defense. But, from my standpoint as CEO of the company, I’m helping the Obama administration develop policy that’s not detrimental to small businesses and will actually encourage small businesses and entrepreneurships. I believe they are the backbone of the country.

Melissa Parker (Smashing Interviews Magazine): How many employees do you have?

Lani Hay: I do. They are not like primary businesses though. They are works in progress. One is called One Voice Solutions and I hope it brings democracy to the 21st century. I think the way we vote is really arcane, not only in elections, but in homeowners associations, like sending out proxies. Can’t we do everything online?

I just get so frustrated because so many elections have been swung by people staying home due to inclement weather, if potential voters are in the hospital, or if they are deployed overseas. The overseas ballots don’t get counted unless it’s a close vote. One Voice Solutions is a company that’s really going to modernize democracy, not only at the political level, but all the way down to the homeowners association arena.

The other company, Blak Lava, was essentially created as a partnership with the Native Hawaiian community, It requires a lot of government participation and it’s hard to get the government to move as quickly as I’d like (laughs).

Lani Hay: The only thing that I’ve been affected by is the access to capital. That’s one of the big things I’ve met with Obama about. My company has always been profitable. We’ve had an upward growth trend, won lots of awards ,,, we’re trusted.

Two weeks before my company won a half million-dollar contract in 2009, my bank dropped me for my line of credit. It’s because of the whole banking crisis. They had to tighten up on all of their covenants but still it was a real interesting thing to happen to a company like mine that had been doing so well.

Melissa Parker (Smashing Interviews Magazine): Have you experienced discrimination because you are a female CEO?

Lani Hay: I’ve been in the military since I was 17 and have only known a predominantly aggressive male environment. But now that I have more freedom and flexibilities as an entrepreneur, I just really choose not to associate with people who aren’t progressive in their thinking. I have to be really strategic. People generally like to do business with who they like and who they can associate with.

Sometimes I send my male COO to meetings who is older and some people may feel more comfortable with him. I can’t say that I’ve felt discrimination as a woman even though I know many people don’t like me because I’m a girl playing in a man’s sandbox and taking away their market share. But I don’t even really think about it or focus on it. I’m really mission focused and focused on what it is I want to accomplish.

Melissa Parker (Smashing Interviews Magazine): Are there any bills in the legislature now that will affect small businesses in a positive way?

I know that women in business now have a leg up in federal contracting. The government has mandated that specific industries give percentages of their contracting to women in businesses. The Small Business Administration has been really productive in this administration. Karen Mills is the administrator. They know that the way to jumpstart the economy and the job creation is really going to rest with small businesses.

Melissa Parker (Smashing Interviews Magazine): What is the Economic Institute for Empowerment of Women?

Lani Hay: That is an organization that was founded by Terry Neese who was also a founder of Women Impacting Public Policy. What they do is partner with a university and recruit women entrepreneurs from Afghanistan and other countries. They bring them over to the United States for a really intense summer MBA course and partner them with female entrepreneurs in America. In doing so they hope that they’ll bring back the entrepreneurships to their own country and stimulate growth in their respective regions.

Melissa Parker (Smashing Interviews Magazine): You also support The Creative Coalition. You recently held a screening in Washington, D.C. for the film The Dry Land.

Lani Hay: I’ve been an arts advocate for years, not only fine arts but the performing arts also. I’ve worked with them for several years. This opportunity came up where they were actually spotlighting The Dry Land, which is completely relevant to my business world. Many times the work I do has no linkage to what I do in my company, but The Dry Land absolutely does because it deals with Post Traumatic Stress Disorder and how it affects the military on the home front.

Melissa Parker (Smashing Interviews Magazine): What did you think about the film?

Lani Hay: I thought it was dead on. Ryan Williams did an amazing job researching and writing the film. It was written with such authenticity that I felt like I was visiting with some of my friends back in Texas … some of the people I served with.

Lani Hay: Yes, actually I am. I’m going to be moving back to Virginia next year where I was born and raised. I’ve only lived in Washington, D.C. for 5 years just to research the city and find out how it worked.

I want to be the next governor of Virginia and then would like to make a run for the White House at some point in the future.