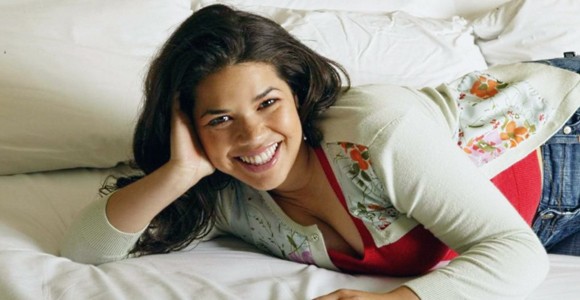 Born April 18, 1984 in Los Angeles, California, America Georgine Ferrera is probably best known for portraying the character of Betty Suarez in the ABC comedy-drama series Ugly Betty. The show, an adaptation of the Colombian hit telenovela Yo soy Betty, la fea, centers around the escapades of a girl whom her peers find extremely attractive.

In 2002, the talented actress made her feature film debut with Real Women Have Curves. Ferrera followed that with roles on both television (Touched by an Angel, Plainsong, and CSI: Crime Scene Investigation) and film (The Sisterhood of the Traveling Pants and Lords of Dogtown).

"Societies are sending people off to war and they have to deal with what happens when they go home."

Ferrera brought home several awards in 2007: Golden Globe for Best Performance by an Actress in a Television Series, a Primetime Emmy Award for Outstanding Lead Actress – Comedy Series, and a Screen Actors Guild Award for Best Female Actor in a Comedy Series. In addition that same year, she won Imagen Foundation’s Creative Achievement Award and Time chose Ferrera as one of the top artists and entertainers in their “Time 100: The Most Influential People in the World” issue.

Ugly Betty premiered on September 28, 2006 and ended on April 14, 2010. But, Ferrera has not missed a beat. She is currently doing double duty as the executive producer and lead actress on the independent film The Dry Land, a story about a returning Iraq war veteran struggling to readjust with his family and coping with Post Traumatic Stress Disorder from the horrors he witnessed during combat.

The Dry Land is also a project very near and dear to Ferrera’s heart because the film is her fiancée’s directorial debut. Ryan Piers Williams and Ferrera became engaged in June 2010. 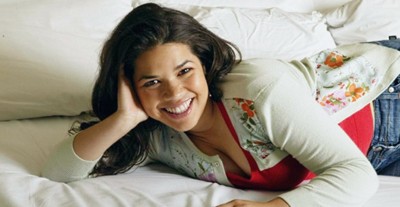 America Ferrera: On a short film he was doing.

Melissa Parker (Smashing Interviews Magazine): Ryan wrote and directed The Dry Land and you were the executive producer as well as the female lead. How was it working together?

America Ferrera: Well, The Dry Land was something that he talked to me about when we first worked together on his short film when we first met. It had just been a conversation and something he had been talking about for a couple of years. Then after two years of researching it he finally decided to write it. It was then that I felt like I understood what his vision was and what he wanted. I told him that I would be an executive producer for the project so I acted in that capacity for a long time before I decided to act in the film.

I decided to be in the film right when all of the pieces started coming together because we never knew if the timing was right. It just wasn’t our plan for me to be in it. But, we had a history of the project together; me being a producer from the first draft. I just sort of felt like, as a creative executive producer, my job was to understand his vision and to fully protect that vision and to help him. To achieve that, we had a really good relationship of working together.

Melissa Parker (Smashing Interviews Magazine): Tell me about the character.

America Ferrera: I just kind of fell in love with Sarah as her development went on. I think what is important about Sarah’s point of view is that it really represents an experience that only military families really understand. The film shows what it feels like to be the support system and to sacrifice just as much, yet not really be able to be called the one who is sacrificing for the country.

A lot of my research for Sarah was done speaking to wives of soldiers who actually returned with Post Traumatic Stress Disorder (PTSD). It was very specific, but some of the women I spoke to had symptoms of combat, but not necessarily PTSD. The overall theme among all of them was interesting … the feeling of being alone, isolated, and sort of invisible in a way. They were actually taking on the big burden of sacrificing just as much and yet were kind of invisible.

America Ferrera: We’ve been getting incredible feedback and really some of the most exciting screenings! Just recently we did a screening in Boise, Idaho as sort of a test screening. We had Veterans Administration psychologists there for the Q/A. It was free for military personnel and their families, and all of the ticket sales benefitted the local VA organization.

That was one of our first screenings where we could engage the military community. It went incredibly … it was just a wonderful screening. Many of the questions were directed to the psychologist. They were asking, “What is being done to make this easier?” and “What can we do as civilians to help?” It really sparked an interesting conversation.

Questions were asked that didn’t have anything to do with how the movie was made or how much the movie cost to be made … questions that are often asked by the film community. It was a totally different conversation with the military community. I think that was Ryan’s intention to just get people thinking, to understand that this is real, that we’ve dealt with it in the past, and we’re going to be dealing with it now and in the future.

America Ferrera: We did. We had a USO tour in Iraq. We didn’t get to show it there, but we did get to talk to them about the film. We got varying reactions. There were a lot of people who were very open to talking about it, about their own experiences, or about a friend’s experiences with PTSD.

Some of the men and women we spoke to were on their second or third tours, were open about their symptoms, and what they had already experienced. Then there were other people who would say, “That’s not me,” and that’s a hundred percent valid. This is a very specific story about one thing that’s becoming increasingly more common. It’s not every soldier’s experience.

America Ferrera: Well, it’s all interconnected I think. We just screened the film at the Edinburgh Film Festival and it was interesting to get a reaction from the international community. 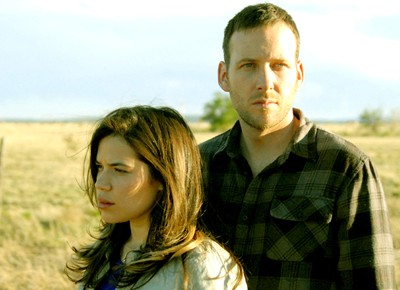 You know, the story is about an American soldier coming home to Texas. But, the reaction we got over there … well, it seemed so relevant. They have an increasing number of returned soldiers being incarcerated for domestic abuse or crimes. It’s an international thing. Societies are sending people off to war and they have to deal with what happens when they go home.

Melissa Parker (Smashing Interviews Magazine): Was this your first experience as a producer?

America Ferrera: No, I’ve been a producer before on some smaller films but this is definitely my most in depth, getting my hands dirty type of thing.

Melissa Parker (Smashing Interviews Magazine): After the experience, would you like to produce again or stick to acting?

America Ferrera: What’s lucky is it doesn’t really have to be one or the other.

Melissa Parker (Smashing Interviews Magazine): Yes, you certainly can do both simultaneously. Do you prefer one to the other?

America Ferrera: They both are so different. I enjoy doing both of those things. But, I think for me, I wouldn’t want to make producing my full time job.

I think it is a rewarding and powerful experience being involved in something from an idea all the way to the big screen. It’s a much different kind of experience than just being an actor … not that being an actor is not an important role as well. I just mean it’s much more involved when you’re a producer. It feels like a real labor of love.

Melissa Parker (Smashing Interviews Magazine): Did you ever direct or produce an episode of Ugly Betty?

Melissa Parker (Smashing Interviews Magazine): What was it like on the set filming that last episode?

America Ferrera: We were just enjoying every last second that we had. There was sadness, but it was a kind of happy sadness. We never forgot how lucky we were to be there in the first place. I mean, I think that’s one of the things that was bittersweet about it.

It’s hard to say goodbye to something that’s always been such a big part of your life and to people who have become like family to you. You won’t be working with them on a daily basis in that capacity anymore and that’s tough. But, at the same time, it was just a really magical experience and we were all so grateful for it. You had to smile through the tears because we were just so lucky to have had that experience.

Melissa Parker (Smashing Interviews Magazine): What do you miss most about it?

America Ferrera: I think working with my friends every single day. I still see them and we keep in touch, but I don’t get to see them every day and hang out that way. But, I don’t regret anything. It was such an amazing thing, but now I’m really focused on what’s in front of me and what the future may be, so I don’t really spend my time missing it.

I just always remember it so fondly. It was this amazing period of my life that gave me so many wonderful things that will last a very long time … like a group of colleagues who have become like family to me.

Melissa Parker (Smashing Interviews Magazine): Is there any chance of an Ugly Betty movie?

America Ferrera: I think there’s always a chance (laughs). It’s always an option, but I’m not the person who makes that decision (laughs).

Melissa Parker (Smashing Interviews Magazine): You’ve had several roles that have attempted to tear down racial barriers and stereotypes. Is that something that you set out to do in your career or did it just happen that way?

America Ferrera: Yeah, I think it just sort of happened that way. I think by nature of who I am, not being the common face of success in Hollywood, my career had to take a unique or different path. I really don’t think anyone knew what to do with me when I walked into an audition for any kind of prototype because that’s not who I am (laughs).

I feel so fortunate that I was in the right place at the right time for certain films and roles that were groundbreaking and that had a place for me to come in. That’s the only way I could imagine my career taking off at all because there really wasn’t a place for me in the stereotypical Hollywood. But, you know, there’s a lot more to entertainment than just stereotypes. I do feel lucky to be acting in this day and age versus even just 10 or 15 years ago.

Melissa Parker (Smashing Interviews Magazine): Would you like to do another television series?

America Ferrera: I try not to put any rules or boundaries on what the next thing will be. I try not to plan what I’d like to be doing. Life always goes in the completely opposite way (laughs).

I’m just sort of open to good stuff, good work, and good characters. I don’t know what form that’s going to come in next, whether it’s theater, film, or television … or who knows? I’m just staying open and hopeful that I will continue to either find or create meaningful work.