Manal al-Sharif Interview: The Saudi Woman Who Dared to Drive 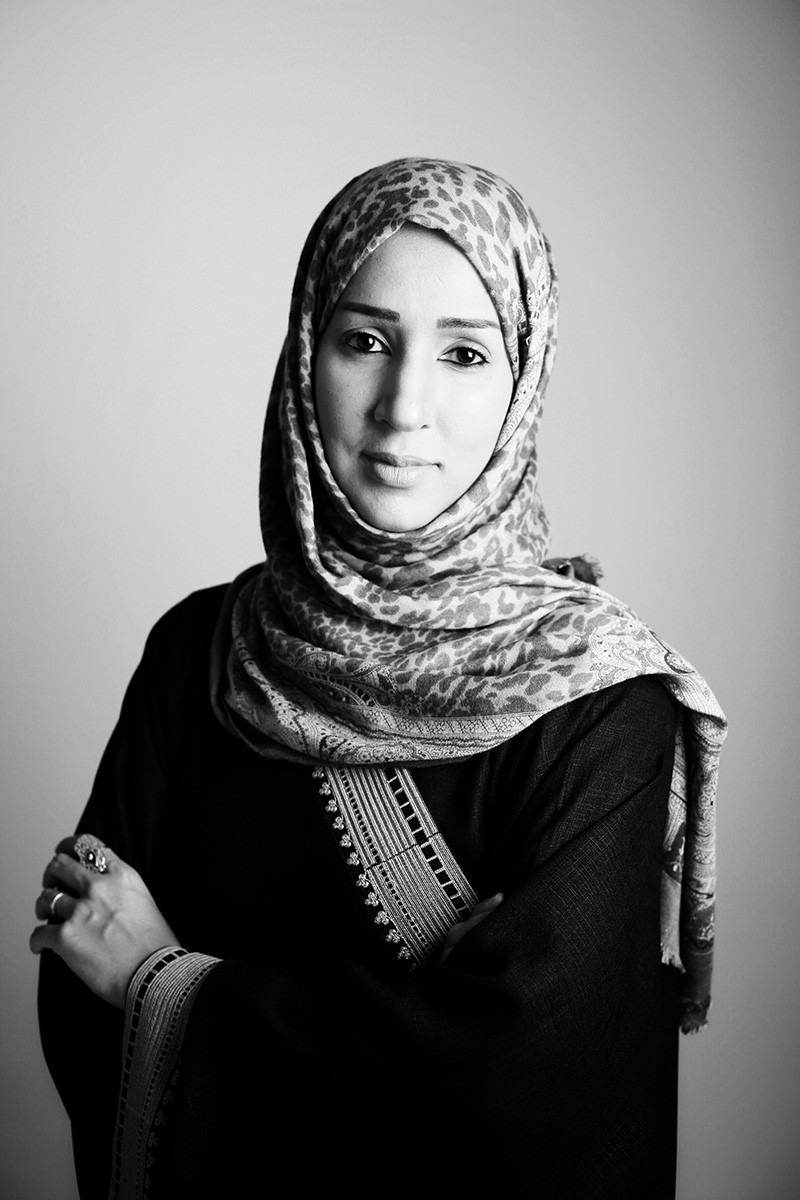 Manal al-Sharif was born in Mecca, Saudi Arabia, in 1979. In 2011, she was imprisoned for driving a car and charged with “driving while female.” The mother of two sons, she is now a leading women’s rights activist and has been lauded by Time, Foreign Policy, Forbes and the Oslo Freedom Forum.

In Daring to Drive: A Saudi Woman’s Awakening (released June 13, 2017), al-Sharif tells her amazing story and what led to the Women2Drive movement. As a teenager, al-Sharif found herself shift from a moderately observant Muslim into a zealot and was soon pushing her radical fundamentalism on others. She condemned anyone who socialized with non-Muslims, ignored female friends who refused to cover their faces in public and burned her brother’s cassettes because they were considered forbidden by Islamic law.But her views began to change when, with the encouragement of her parents, she enrolled in King Abdulaziz University. For the first time she opened her eyes and found her voice and went on to become the unexpected leader of a movement that encourages women to get in the driver’s seat of their cars and, more importantly, their destinies.

"There’s a special punishment reserved for the woman who speaks up. I’m not an exception. I measure the impact of things I stand for with the amount of attacks I get. I’m very proud of what I’ve done. I will always be there fighting for the things I believe are unjust. I do love my country, and I want the woman to be in the driver’s seat."

Melissa Parker (Smashing Interviews Magazine): Manal, why did you decide to write your story?

Manal al-Sharif: I started writing it in November 2011. That was the first time I started writing about the women’s rights movement. When I got an agent in 2012, he told me that we needed a personal story here. I said, “Why would I talk about my personal story?” He said, “Because people want to know the story behind Daring to Drive.”

It wasn’t easy to speak up. I’m getting the backlash from female activists in Saudi Arabia for speaking out, for example, against female genital mutilation. That’s the kind of thing you face if you speak up. The book is there to say, “I’m here and I’m not afraid to talk.”

Melissa Parker (Smashing Interviews Magazine): Since you mentioned genital mutilation (also known as female circumcision), did that happen to you as a child?

Manal al-Sharif: I was eight and my sister was 10. It was done by a barber. On my sister, they removed everything.

Melissa Parker (Smashing Interviews Magazine): What are the reasons for that?

Manal al-Sharif: Unfortunately, it’s a practice found in Africa, Asia and the Middle East. They believe it is a way to keep the virtue of their daughters for not having sex out of marriage. The husband is the only one they can give their virginity to. This is very cruel. It happens in my country and no one speaks about it.

There’s a lot of denial from the people who didn’t go through it, but the people who went through it won’t speak up because it’s shameful and embarrassing to have the courage to go out and say, “I’ve been under the knife.” I think it should be made more public so more people can be aware of what’s happening to young girls in certain countries.

Melissa Parker (Smashing Interviews Magazine): I completely agree with you.

Manal al-Sharif: There are 200 million girls in the world to date that have been under the knife. That’s about the population of Brazil. There’s a girl every single hour in the UK that have been reported to have female genital mutilation. There was a case in Michigan where a girl went under the knife. In the US there are only 24 states that have laws against female genital mutilation. 24 states only.

Melissa Parker (Smashing Interviews Magazine): Certainly public awareness needs to continue to be raised about this horrific practice and laws need to be changed. Were you raised by your parents to become a religious fundamentalist?

Manal al-Sharif: It’s actually not my parents, Melissa. It’s the norm. I grew up in the 80s and 90s. Sixty percent of what we studied were religious subjects. I wanted to please my religious teachers. I burned my brother’s CDs because music was forbidden by Islamic law. But that was a whole generation, not just me. It’s funny but our parents were more modern than us. My generation pushed these laws more than our own parents.

I was always questioning them even when I was practicing to be a “good Muslim.” But their own children began to turn against them. That made them realize we should stop radicalizing the young because it was backfiring. They were bombing cars and buildings in our own country. Our own homeland citizens were doing that. When 9/11 happened, I knew there is no religion on earth that can accept such mercilessness and that these people were nothing but terrorists.

Melissa Parker (Smashing Interviews Magazine): Do you and the citizens of Saudi Arabia look to the United States and President Trump for help with human rights issues?

Manal al-Sharif: We really do not have big expectations from Trump. Trump is very controversial. I don’t think he even ever wanted to be a president. He just wanted to run for presidency, lose and say, “See. I ran and I lost.” I’m pretty sure he was happy where he was. But Trump is controversial even in the US, so we don’t have that much expectations. He talked in very trying ways, also very insulting ways about Muslims around the world.

I don’t know really. I’m not a politician, so no matter what’s going on in the US when it comes to politics, it is very complicated. It’s always following the money. It’s been always this way. Nothing has changed really.

Manal al-Sharif: It’s really complicated, Melissa. There’s no actual law. Our legislative entity did not issue a law saying that women cannot drive in the country. But there was a fatwa (religious edict) that was issued, and the Ministry of Interior released a statement saying, “Any woman driving inside Saudi Arabia will be punished.” That was 1990. With our movement, with about 25 women driving on October 26, 2013, they re-released the same statement that women are not allowed to drive.

Melissa Parker (Smashing Interviews Magazine): In 2011, you filmed yourself driving a car in Saudi Arabia, posted it on YouTube, and it received nearly 700,000 views in one day.

Manal al-Sharif: I recorded a video of myself explaining what the campaign was about, and for the first time, I showed my face. If you talk to the government, they will always say that society is not ready for women to drive, which is a big lie because when I drive, the society doesn’t stop me. The ones who stop me are the traffic police cars and the religions police cars, not the society.

Melissa Parker (Smashing Interviews Magazine): Have you received persecution or death threats because of your activism?

Manal al-Sharif: Of course. There’s a special punishment reserved for the woman who speaks up. I’m not an exception. I measure the impact of things I stand for with the amount of attacks I get. I’m very proud of what I’ve done. I will always be there fighting for the things I believe are unjust. I do love my country, and I want the woman to be in the driver’s seat.

I’m still not considered a citizen in my own country. I’m 38 years old, and I need my father’s permission to leave the country or to get my passport. I’m considered a minor in my marriage status and my social status until the day I die.

Manal al-Sharif: I remarried again in 2012, had another son, and we moved to Dubai in the hope that we could get our marriage approved by the Ministry of Interior because to marry a non-Saudi, you need to secure permission from the Ministry of Interior. We have a son now together so I have two boys. My son, Aboudi, lives with his grandmother in Saudi Arabia, and he and my other son, Daniel Hamza, have never met. In order to see my big boy, I have to fly back to Saudi to see him. Daniel Mamza lives with me.

Now we have moved to Sydney, Australia. I’m not working. I tried to work. I applied for so many jobs in Dubai, 47 interviews in two years. I’m rejected for confidential reasons, which very clear is discrimination against me because I’m an activist. But I’m in Sydney and busy with the book, so I didn’t apply for a job. Hopefully I can apply for a job. I’m also starting a social enterprise called “The Drive for Freedom.” It’s a virtual driving school where we support women living abroad to get their driver’s licenses before they go back to Saudi Arabia. Now that I’m living in Sydney I can do that. I couldn’t do that living in Dubai.

Melissa Parker (Smashing Interviews Magazine): You fly back to Saudi Arabia periodically to visit your son?

Manal al-Sharif: Yes. Hopefully, they do not arrest me in the airport.

Manal al-Sharif: Of course. Oh, my God, of course. Every time I enter the country, I’m holding my breath like, “Oh, my God, they can arrest me now.” I know the day is coming when they arrest me again. I always speak against the injustice in Saudi Arabia. I never shut up. I always speak against all this slavery, I would call it, when it comes to women because we are enslaved in our own country where we’re treated as property that moves from one man to another. I am fighting for this to stop, this guardianship system in my country. This puts me under so much harassment in the street.

I know the day will come when they put me back in jail. So what? At least I did the things that I believed in, and it could change the future for our daughters because our moms couldn’t change our prison. It’s very important, Melissa, that whenever I speak, I want to give hope to the women in my country. I want all people from around the world to reflect that it is a war against women. It’s not only in Saudi Arabia, not only in a Third World country.

It’s a war that has been declared worldwide against women whether it’s a fight for equal pay, the fight to have paid maternity leave or whether it’s the fight to drive my own car and decide my own destiny. It is global, and women should not be singled out when they speak out as being called “activists.” It should not be the exception. It should be the norm that women speak up for themselves and women speak up for their rights.

Melissa Parker (Smashing Interviews Magazine): Equality should be the norm.

Manal al-Sharif: Exactly. I think fighting for women’s rights anywhere in the world is fighting for women’s rights everywhere in the world. So if you, as an American woman, is fighting for equal pay, that means you are inspiring women around the world to ask for the same. I get inspired by Susan Anthony and the story of the suffragettes in the US. She was being persecuted. They told her it’s not the right time, that she was a disgrace and betraying her country for calling for the right to vote. But she was not fighting just for her lifetime, but for the lifetimes of all women.

« Lea Thompson Interview: "The Year of Spectacular Men" Is a True Family Project
Tommy Shaw Interview: Styx Blasts Off to Mars on "The Mission" »