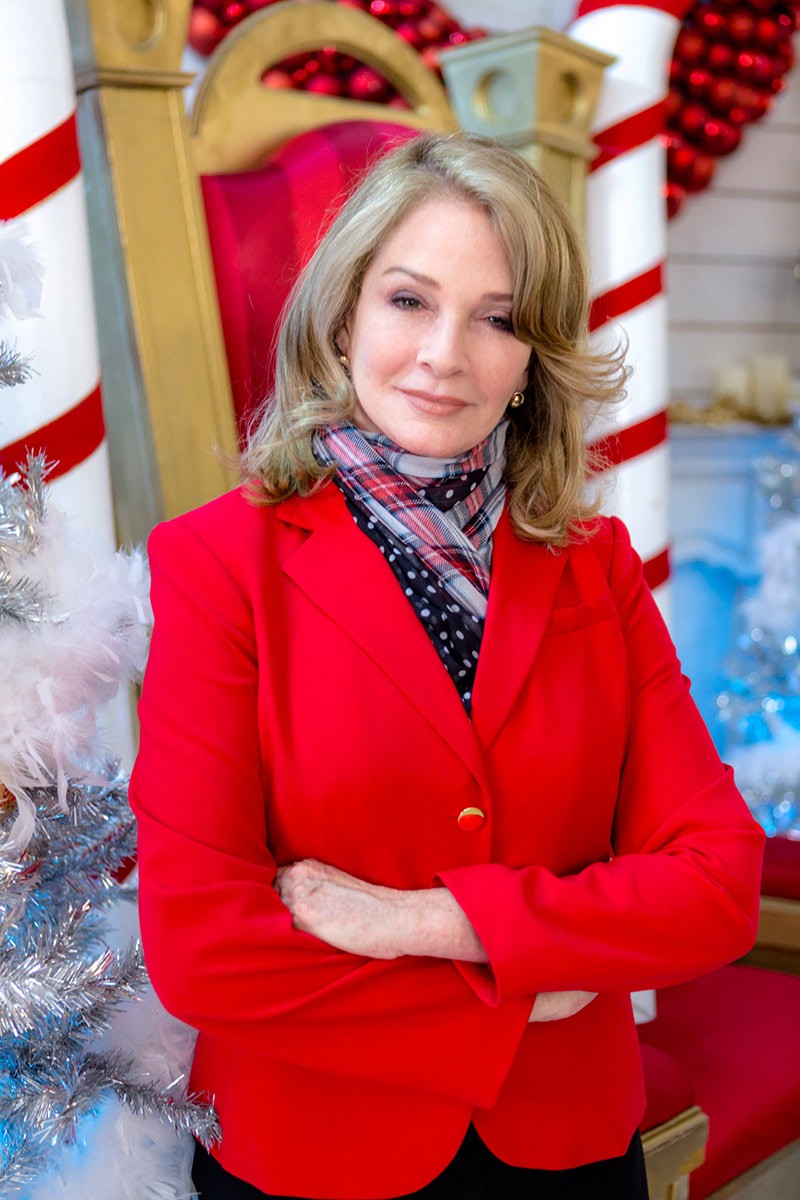 Deidre Hall is best known for her portrayal of Dr. Marlena Evans on NBC’s daytime drama Days of Our Lives, which she has played for 40 years. The soap is one of the longest-running scripted television programs in the world, is set in the fictional town of Salem and focuses on its core families, the Hortons and the Bradys.

"We don’t want people here that want to think of this as a foundation, because we work crazy hard, and it’s not a place to train some little newbie who thinks he’s going to learn the ropes by coming on a soap. This is the hardest job a person can do. So, if you want to break into show business, go do a movie somewhere where you shoot half a page in a day, and you can spend all the time you want learning the ropes."

Hall stars in the Hallmark Channel’s My Christmas Dream, along with Danica McKellar and David Haydn-Jones, which premieres November 19, 2016.

Melissa Parker (Smashing Interviews Magazine): Is My Christmas Dream something you wanted to do, or did Hallmark reach out to you?

Melissa Parker (Smashing Interviews Magazine): Tell me about the movie and your character.

Deidre Hall: I play Victoria, and she owns a string of department stores. Every season, she puts up a spectacular Christmas display. This year, she had a number of people make different suggestions, and they just weren’t right, so she says, “We’re not doing it.”

The Danica (McKellar) character takes it upon herself to do some research and discovers that the very first Christmas display done in my store was one that also involved the man with whom I was in love with at the time. She got the picture of the display from the employee who was still with the store and replicated that very first Christmas display.

Deidre Hall: Like most of our Hallmark movies, yes. And, it was shot several months ago when it was warm in Vancouver, and they had to make man-made snow. But, it worked out fine. It looks very wintery. It looks enchanting, actually.

Melissa Parker (Smashing Interviews Magazine): Have you filmed the Days of Our Lives Christmas episode where the people of Salem gather to hang personalized ornaments on the Horton tree?

Deidre Hall: Oh, my goodness, yes. We shot that probably five months ago (laughs). We are very far ahead. We are way ahead.

Melissa Parker (Smashing Interviews Magazine): By the way, congratulations on receiving a Star on the Hollywood Walk of Fame! You truly deserve it.

Deidre Hall: Oh, thank you! It was a very big moment.

Melissa Parker (Smashing Interviews Magazine): You began in modeling, so when did you realize acting was a serious career choice?

Deidre Hall: You know, I wanted to model when I was in high school and in college. That was how it all began. Then, I was with an agency, and I said that modeling was fine, but it was kind of a dollar a day grind for a lot of work because I was supporting college.

I was looking for anything else I could do for maybe a little more money and a little less work (laughs). The agent said, “You could do commercials.” So, I went and did commercials and that was great. I said, “What else do you have up your sleeve?” She said, “You could try acting.” I began as one of those little blonde actresses on every other one of the Universal shows. At that point, I got an audition for a soap called Days of Our Lives, and that’s where it all began.

Melissa Parker (Smashing Interviews Magazine): What did you think about the fast pace of soap production in the beginning?

Deidre Hall: I knew about it because I had done three years on The Young and the Restless. I was a regular character, but recurring. I was well aware of the workload and the pace of the shoot. There were no surprises for me. I was happy to be one of the people that had a keycard and got to keep coming back.

Melissa Parker (Smashing Interviews Magazine): Many actors call the soaps a good foundation for their craft.

Deidre Hall: That’s the thing people have said, and it’s not a foundation. We don’t want people here that want to think of this as a foundation, because we work crazy hard, and it’s not a place to train some little newbie who thinks he’s going to learn the ropes by coming on a soap. This is the hardest job a person can do. So, if you want to break into show business, go do a movie somewhere where you shoot half a page in a day, and you can spend all the time you want learning the ropes.

Deidre Hall: Probably “possession.” It lasted the longest. It was the most departure from Marlena because she couldn’t have been more different, as you’re aware. And then, probably playing Hattie Adams.

Deidre Hall: You’re so sweet. You know, if I knew what made chemistry, I would be the richest woman in town. I don’t know how that happens. I don’t know the components of it. I don’t know why some couples have it and some don’t. I know that there are teams that work together that can’t stand each other, and I say, “I love them together!” There are teams who like each other enormously, and I said, “Eh, I’m not buying it.” So, I don’t know. If you crack the code on that, I’d be curious to hear what it is.

Deidre Hall: My youngest son works in our publicity department here, and my oldest son is studying acting. Oddly enough, he’s a business major in college. He said, “I think I’d like to try some acting!”

Melissa Parker (Smashing Interviews Magazine): On those rare occasions when you’re not working, what do you enjoy?

Deidre Hall: I garden some and I knit. I do Pilates, and I spend time with friends. I love being home.

Melissa Parker (Smashing Interviews Magazine): Are there other projects you’d like to discuss?

Deidre Hall: Just the Hallmark movie. It premieres on Saturday, November 19, and that’s pretty exciting for me. I love doing things outside the soap. It gives me that little case of nerves with new people, a new set, new lighting, new clothes and new dialogue. That’s unusual, and it gets my ears up, as they say.

Melissa Parker (Smashing Interviews Magazine): What can you tell me about what’s coming up on Days of Our Lives?

« Danica McKellar Interview: "Wonder Years" Star Gets in the Holiday Spirit with Hallmark's "My Christmas Dream"
Anne Rice Interview: "Vampire Chronicles" Author Returns to the Big Story of the Tribe in "Prince Lestat and the Realms of Atlantis" »