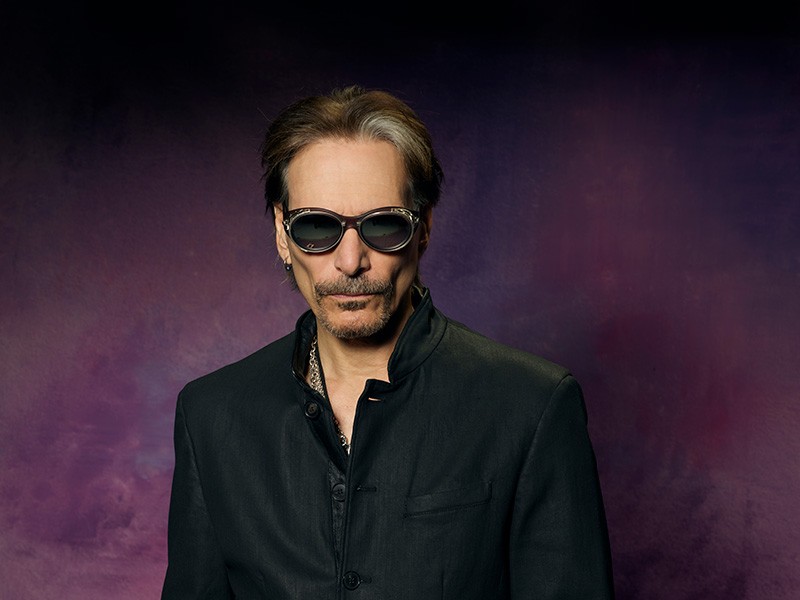 Steve Vai is a virtuoso guitarist, composer and producer who is considered by many as one of the greatest guitarists of all time. In over 40 years in the industry, he has sold over 15 million records, received three Grammy Awards and recorded with music legends like Frank Zappa, David Lee Roth, Whitesnake and many more. Vai has toured extensively and recorded live projects with G3 (collaborating with different touring lineups including Joe Satriani, John Petrucci, Eric Johnson, Yngwie Malmsteen and Steve Lukather) and Generation Axe, a supergroup he formed with Zakk Wylde, Yngwie Malmsteen, Nuno Bettencourt and Tosin Abasi.

Vai’s new studio album titled Inviolate dropped digitally and on CD January 28, 2022. The LP will follow on March 18. Due to a new shoulder injury, he has postponed his planned tour of North America until the fall. The first US leg of dates will now begin on September 28, 2022, in El Cajon, California, and wrap up the first week of December. The itinerary will now feature performances in 52 markets as opposed to the initial plan of staging 54 shows. All ticket and VIP purchases will be honored for the rescheduled date.

In a brand new interview with Smashing Interviews Magazine, Vai recalled that when he was younger, he was under the literal impression that if you became famous, you would actually go insane, the thought of which caused the guitarist much mental anguish.

"That was the truth! It wreaked serious havoc on my psyche at one point in my life, too. It’s funny because you know when you’re young, adults say things, and you take them literally. I was about six years old, and I remember my aunt said, 'People who become famous go insane.' So of course that meant, 'Okay. Good. Now I know what I don’t want.' (laughs) I didn’t want to go insane," recollected Vai.

"But once I started to get out there, the fictitious story already had taken root, you understand? So I started to question myself. There was that fear of going insane. That’s not a happy thought, you know. I realized that it was complete and utter nonsense. Eventually, I realized that. But when I was young, it was definitely cause for some mental chaos."