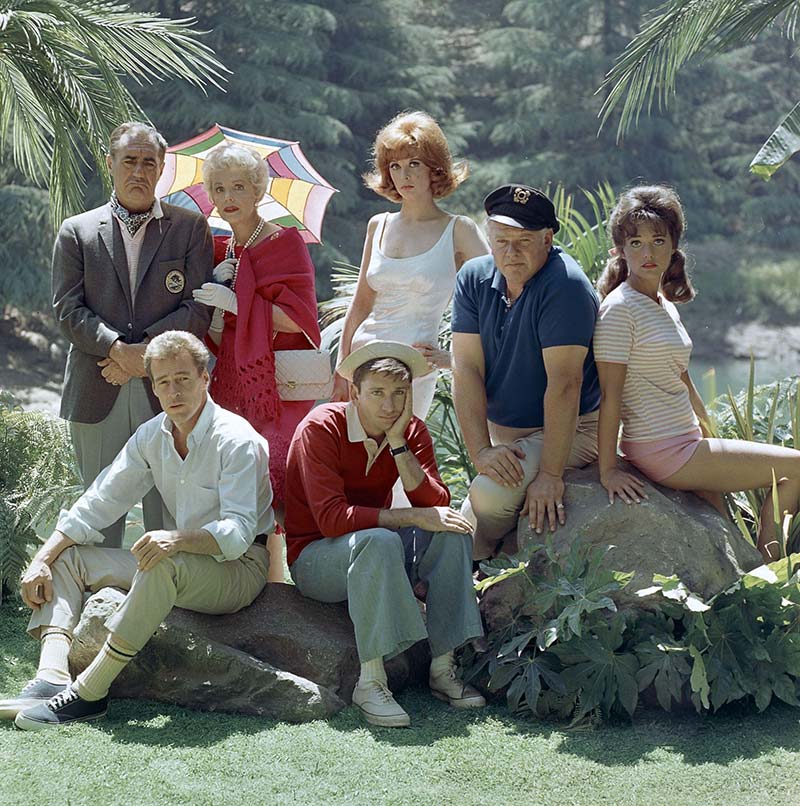 Dawn Wells became known for her role as Mary Ann Summers on the CBS sitcom Gilligan’s Island. Wells’ character, Mary Ann, who was originally listed as “And the rest” in the credits, became the fan favorite, garnering more fan mail than the title character. Her other TV credits include Wagon Train, Maverick, Bonanza, The New Joey Bishop Show, Gilligan’s Planet, Baywatch, Space Ghost Coast to Coast, Surviving Gilligan’s Island, The Bold and the Beautiful and The Epic Tales of Captain Underpants.

The following is an excerpt from Ms. Wells' 2019 interview with us at Smashing Interviews Magazine, the focus of which is Gilligan's Island:

Smashing Interviews Magazine: Tell me about the audition for Gilligan’s Island and the character of Mary Ann Summers.

Dawn Wells: I went in and tested with I don’t know how many girls. There were quite a few. It was the people … we all grew up together. All the ingénues were auditioning, and I got it. But you would go on so many auditions, and you never knew what you were going to get.

Smashing Interviews Magazine: What were you told about Mary Ann?

Dawn Wells: Just that she was a little girl from Kansas. I had an image in my mind of what she should be, wearing denim and a ponytail. I knew who she should be, and I think when you do stage a lot, you can do that. You lock in what and who the character is. They didn’t give you a description. I don’t even remember how many people auditioned for the role. You would do it for two or three days in a row, and they would either call you back or not.

Smashing Interviews Magazine: Did the cast have any script input on their characters?

Dawn Wells: No. The writers just wrote the script. You would bring to the character what you needed to bring to it. Jim Backus may have brought more to it because he was very funny. Natalie (Schafer) was very much Mrs. Howell, and Ginger was a movie star. It’s all in the casting. It really is. Casting is the most important thing.

Smashing Interviews Magazine: There was definitely some chemistry between the cast members.

Dawn Wells: And Bob (Denver) was so skinny and little and Alan (Hale, Jr.) was the same size as my dad. The two of them were wonderful.

Smashing Interviews Magazine: Yes. Laurel and Hardy come to mind while watching the two of them banter back and forth. Was Bob funny off set as well?

Dawn Wells: No. He was not very witty. He was very much an intelligent man. Bob was very smart and always quite serious. Jim Backus was the one who had the sense of humor. Alan was a big jovial guy. But Bob was not witty at all. He could play any character and was very good at the stunt stuff though, falling out of trees and all that.

Dawn Wells: Well, I learned a lot from her. She was very adamant about the camera angles. I did a lot of stage, so I wasn’t really paying much attention to the cameras. She was very particular about how she looked on camera, so I learned a lot from her. She’d had quite the career going before I met her, so she she knew what camera was best for her. We were all family. You didn’t see anybody trying to outdo the other or anything like that. There were no temperaments on the set.

Smashing Interviews Magazine: Do you have a favorite episode of Gilligan’s Island?

Dawn Wells: Oh, I loved the dream sequences when we all got to be different people (laughs). I was not just Mary Ann, I was a witch or something. I liked those the best.

Smashing Interviews Magazine: Gilligan’s Island only ran for three seasons, and yet it remains popular even today. Did you realize how big the show would be at the time?

Dawn Wells: No, and the critics just thought it was the stupidest thing. We went to the top 10 right away, and we’re in 30 languages all over the world. There’s no dating the show. Is it the '60s or '80s? You don’t even know.

Smashing Interviews Magazine: Were you stereotyped after the show as a “good girl,” so that you didn’t get some of the more “bitchy” parts you may have auditioned for?

Smashing Interviews Magazine: So either you weren’t stereotyped, or you were convincing as a hooker (laughs).

Dawn Wells: (laughs) And on stage, you can fool anybody far away. Mary Ann was a good girl. She was polite. She was a hard worker. She would be your best friend. She cooked. She cleaned. She did all of those things, and she was a really good role model. But the first thing you want to do is break that character and go do something else.

I had a lot of young men say to me, “You were my crush. I would’ve taken you to the prom. You were the girl I wanted to marry.” I don’t know if that holds true today because everybody’s so individual now. But I think the character of Mary Ann would’ve been a sweetheart, and that’s kind of a nice place to be.