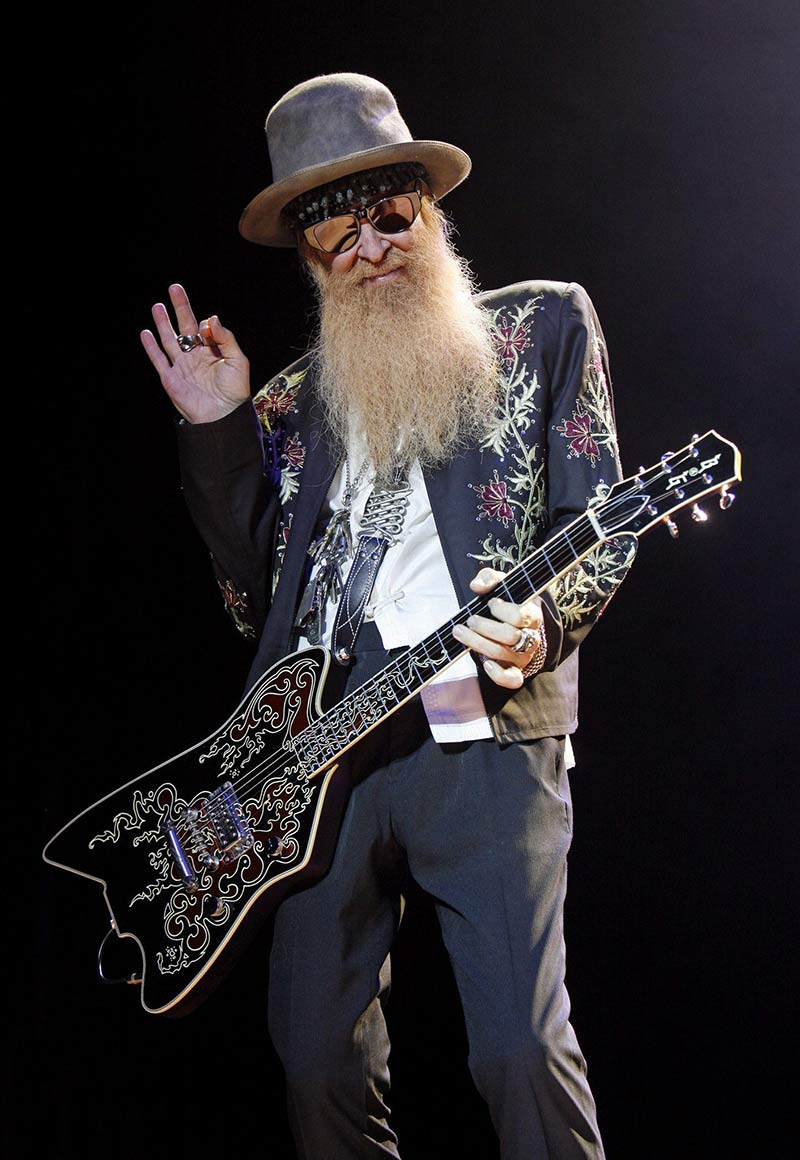 Houston, Texas, native Billy Gibbons is best known as the guitarist of the blues-rock band ZZ Top (formed in 1969) and is also the lead singer and writer for many of the band’s songs.

ZZ Top is known for songs such as “Sharp Dressed Man,” “La Grange,” "Legs,” "Gimme All Your Lovin’” and “Tush,” among many others.

In a 2013 interview with Smashing Interviews Magazine, Gibbons was asked about his formative years in Houston, Texas, and how his entertainer father had inspired him to become a performer.

"He was inspirational just having grown up within the entertainment business. He was one of the musical directors employed by MGM Studios in Hollywood back in the 1930s, and then he relocated to Texas in 1944 or 1945. When I turned 12, I started pestering my folks. I said, 'A set of drums or an electric guitar.' That was a request that went on for 365 days," recounted Gibbons.

"I turned 13 on December 16, and nine days later Christmas Day rolled around. Sure enough, my dad said, 'Oh, you’ve overlooked something.' From behind the tree, he pulled this guitar out, and I said, 'Wow! A guitar!' Then he said, 'Don’t forget the amplifier.' There was a tiny little Fender Champ amp, and away we went! There was no turning back. It was game on!"

The ZZ Top singer, who possesses one of the widest vocal ranges in rock, was quizzed if he had ever been provided any formal voice training.

"No. It was all pretty much self-taught. However, there was a combo called the Kings 5, and they were the favorite rock and roll band that played a lot of the parties that were being thrown all the way through high school. The singer who is still a friend of mine to this day is Louie Crapitto, and Louie was the frontman for the band," Gibbons revealed.

"As I was continuing to learn how to play three chords, I was always on the sidelines watching Louie belt them out, and he could sing! The guy was just dynamic! I credit the Kings 5 for so much inspiration and influential input. They were really taking it on. They played rock and roll and blues and did it quite well."

Gibbons' babysitter, who was also the family's housekeeper, would often fall asleep after a hard day's work. This provided the nighttime nanny's eldest daughter an opportunity to grab young Gibbons by the hand, scoop up his toddler sister and head to the Black nightclub down the street, where an array of blues greats would perform. This surreptitious experience would play a foundational role in shaping Gibbons' unique sound and tone.

"We had a housekeeper named Big Stella Matthews. Three nights a week, we got to spend the night at Big Stella’s house with her children. We’d get dropped off at her house, and she would babysit. I think I was probably five or six and my little sister was three years old. Big Stella was exhausted at day’s end, and she’d lie down. Once she fell asleep, Little Stella, her oldest daughter, would pick up my sister, hold me by the hand and take us down the street to the Black nightclub," recalled Gibbons.

"We got to see B.B. King, Jimmy Reed, Howlin’ Wolf and another great Houston guitarist by the name of Albert Collins. I suspect this was a big part of what began shaping the kind of sounds I really enjoyed hearing. It was from that humble beginning that we continued to interpret and kind of stylistically emulate what we had picked up early on. It was quite a scene though (laughs). We never dared to tell our parents, and we knew to get back to the house before Big Stella woke up (laughs)."

« David Archuleta Interview: Coming Out and Coming to Terms with God
We Asked Roger Stone If He'd Get a Trump Tattoo »