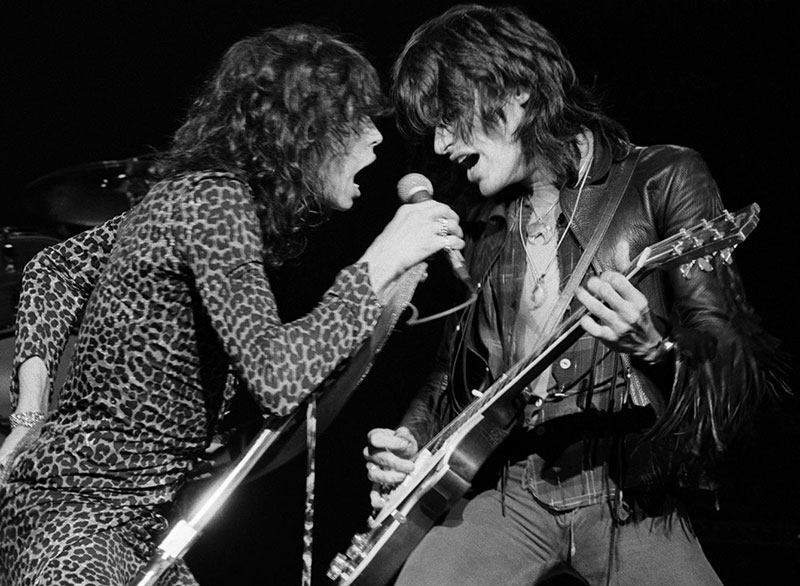 In a 2014 interview with Smashing Interviews Magazine, Aerosmith lead guitarist Joe Perry was asked to describe his relationship with longtime bandmate Steven Tyler. The two hard rockers, known collectively as the "Toxic Twins" due to their rampant drug abuse, have had a rather rocky partnership over the years, one Perry labeled as a "learning process."

"It’s pretty much what it is. You can love your brother, but you don’t have to like him. We have our ups and downs. He’ll say stuff in the press, and I’ll think, 'What the hell is he talking about?' Next time I see him, it’s all hugs and kisses. We know the band is bigger than our ups and downs. If anything, it has been a learning process in how to deal with each other’s personalities. That’s one of the reasons I wanted to write the book because people hear stuff about Joe and Steven not getting along," Perry described.

"Somebody just asked me if the band was still together a couple of weeks ago, so there’s all kinds of stuff floating around out there. It has been one of the things that have made it hard to keep together for forty years. There are not too many bands out there that are touring all the time that manage to keep the same guys in the band, the same lineup that was there in 1971. That takes a lot of work. It’s as simple as that. You learn how to adjust, as you get older. You go from being a teenager with no responsibilities to middle aged with wives and girlfriends, and then you become fathers and grandfathers."

The Aerosmith axeman waxed philosophically in the interview about resolving their personal issues and casting them aside for the music's sake and the fans.

"We’ve all had that side of our lives, and we’ve had to reconcile that with this rock and roll thing, which is a timeless kind of music. I truly believe it helps keep you young. When we walk on stage together, I look over and see the same guys I saw forty years ago, and there’s no age involved. It’s just about playing and putting on the best show we can for our fans. It’s kind of a unique club to be in, and there are only four other guys in it," Perry concluded.