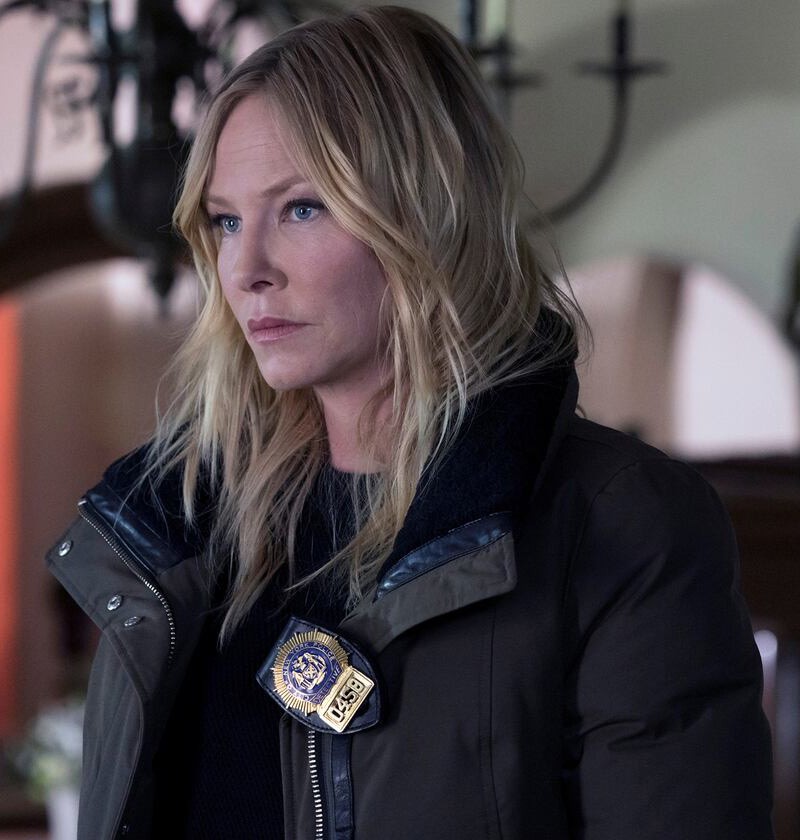 Kelli Giddish can currently be seen on the NBC (Wolf Entertainment) crime drama TV series Law & Order: Special Victims Unit (SVU) as Detective 2nd Grade Amanda Rollins. She has portrayed that character since the 13th season, which premiered September 21, 2011. In addition to Giddish, the current main cast members are Mariska Hargitay, Ice-T and Peter Scanavino. SVU is in its 23rd season (which premiered September 23, 2021).

During a recently published interview with Smashing Interviews Magazine, Giddish was asked if she auditioned for Dick Wolf for the role of Amanda Rollins in SVU.

"Yes, I did. I had a meeting with someone in the Dick Wolf Productions arena, and then they pulled me out to come screen test. I was living in Los Angeles at the time. I had just finished a show called Chase. It was on for a season, and I was the lead on that. It was such a great time, and I was figuring out what I wanted to do next," recalled Giddish.

"I got a call that Chris Meloni was leaving the show, and they were looking for maybe a male and a female to step in his shoes at Law & Order: Special Victims Unit. I said, 'Oh, that sounds pretty interesting.' I’d lived in New York, and I loved New York, so I came out here to screen test. I did the screen test with Mariska with Dick Wolf watching. Now, 11 seasons later, I can’t believe I’ve been on the show for 11 years!"

Rollins is a complex character complete with flaws, an actor’s dream role to portray.

"That’s something I enjoy playing. It would be pretty boring if everything was easy-breezy. I’ve always told the head writers, 'If you need to throw anybody under the bus, it better be me.' I like going from a place where you have to crawl your way back up, you know? Being on top is not the fun part. To play a character as an actor, you want to get into going, 'Aw, shit!' Going from that place to going, 'You know what? We’re good now,'” Giddish explained.

"All of the relationships that have been cultivated on the show, whether it be with Fin or Carisi now or with Benson, I think they’re super, super earned, and it’s not like Amanda just came in and started being best friends with Benson. It’s been a rocky road. Now, to see two strong females like that really trust each other and really rely on each other has been a pleasure and really an honor to cultivate that relationship. Those scenes are what I look forward to most in doing the show now because there’s some magic that happens between me and Mariska, two strong women. It’s what makes the show exciting to work on."

Giddish went on to describe how Rollins has grown, especially to trust again, which she feels is a crucial aspect of her character's evolution.

"Now, I’ve got this other thing with a great friend of mine, Peter. It’s just so strange for us to be romantic on the show. But I think we both realize how much it means to the fans and how much it means to our characters. It seems so organic and so right that we’re willing to go for it even though we’re very good friends in real life. I think it’s something that the fans really wanted to see, and to be able to actually show that in an organic way, especially with Rollins having been assaulted in her past, to see her with such a good guy and someone that cares about her so much is really an important thing to show our audience. Like, here’s a survivor of assault, and look at her now," Giddish related.