Lee Greenwood Interview: Country Superstar on Life, Music and New EP, 'I Want to Be in Your World' 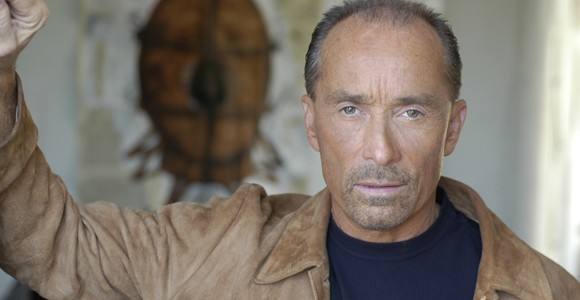 For the first time in five years, music legend Lee Greenwood releases a new EP disc, I Want to Be in Your World. The set of seven songs was co-produced by Greenwood along with Butch Baker and Tony Smith. Greenwood displays the depth of his musical chops on vocals, songwriting and instruments with this versatile music collection.

The award winning singer/songwriter’s song, “God Bless the USA,” has been voted the most recognizable patriotic song in America. The song was embraced by the American public as the unofficial national anthem as of September 11, 2001, when it landed in the #1 spot on pop charts. “God Bless the USA” has charted in the top five on country charts three different times (1991, 2001 and 2003), making it the only song in any genre to achieve that feat.

"There’s language all around us all of the time, and when we find a phrase that we like I usually write it down. Sometimes it works and sometimes it doesn’t."

Greenwood claims a string of hits including “Ring on Her Finger, Time on Her Hands,” “It Turns Me Inside Out,” “Somebody’s Gonna Love You,” “Holdin’ a Good Hand,” “I Don’t Mind the Thorns (if You’re the Rose),” “She’s Lyin’,” and “Dixie Road.”

Greenwood and his wife, Kimberly, were married in Nashville in 1992 and have two sons, Dalton and Parker.

Melissa Parker (Smashing Interviews Magazine): Lee, I enjoyed the EP. It has been several years since you released new music. Why so long?

Lee Greenwood: Sometimes life just gets complicated. I didn’t really have a record deal, just been working some things here and there, but really have been involved in being a carpool dad. Our boys are now 16 and 13, so that’s kind of freeing me up a little bit. It’s just the right time to do this. We’ve been working on this EP for a while putting together the songs, about a year and a half, so actually the three songs that I wrote on the EP represents three different decades.

I wrote “Wounded Heart” almost 30 years ago when I was such a fan of the Commodores and Lionel Ritchie. “Here Comes Love, There Goes My Heart” was about ten years ago and it kind of exposes my jazz roots because I play saxophone on that one. Then the title song of the album, “I Want to Be in Your World,” I wrote this year and it’s more of a country approach. 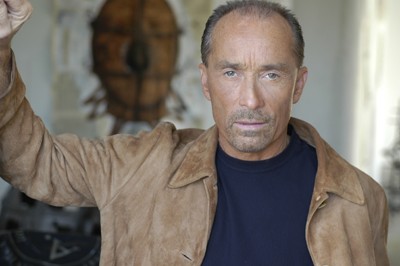 Lee Greenwood: Yeah, it’s a good story about a girl and boy meeting at a Starbucks or something, and it eventually turns into a romance.

Melissa Parker (Smashing Interviews Magazine): You rock out with “Got a Little Thing For Me.”

Lee Greenwood: That’s like a Brooks & Dunn kind of approach. I think today you have to scream at people in order to be heard, so I wanted to make sure the public knew that I could still do that (laughs).

Melissa Parker (Smashing Interviews Magazine): Why did you choose “You Can Let Go Now?"

Lee Greenwood: Michael McDonald is a friend of mine and lives right here in Franklin, Tennessee. I’m such a fan of the Doobies. I was like, “Hey, why don’t I just call Michael and ask him if he would play piano for me?” And he did. I didn’t know at the time that he and Kenny Loggins wrote that together. Kenny happened to be in town and I have a photo of the three of us. But, Michael played piano and I sang. It’s just he and I.

Melissa Parker (Smashing Interviews Magazine): How do you get an idea for a song, Lee?

Lee Greenwood: Sometimes from what people say, sometimes you see something on a billboard, you hear a line in another song, or you hear something from the media. It’s odd. There’s language all around us all of the time, and when we find a phrase that we like I usually write it down. Sometimes it works and sometimes it doesn’t. I have titles of songs and will go and try to write a song around that, and if it just doesn’t come together, I say, “Well, let me try something else.”

Melissa Parker (Smashing Interviews Magazine): How many musical instruments do you play?

Lee Greenwood: When I was in school, I played eight or ten instruments because I had to do that to get my Music Theory degree. I played timpani in the symphony orchestra as well as the woodwinds. Then, I was a Drum Major in my high school marching band (just as a side note). I also played the snare drum and the trumpet in the Bugle Corps. When I took my act to Vegas, which was 1960 after I got out of high school, I played the banjo, the ukulele, the drums, as well as being a vocal arranger.

Melissa Parker (Smashing Interviews Magazine): In 1962, you were in a group playing pop music.

Lee Greenwood: Yep. We were called the Apollos.

Melissa Parker (Smashing Interviews Magazine): Then, you went from pop to your first single, which was country. Why the transition?

Lee Greenwood: I spent 19 years in Vegas, Melissa. When I went to Vegas, the group I had was called a show band. I was already performing on USO tours with my show band, and we did a little of everything. We did Broadway and kind of a spoof on country. We didn’t really know what country was because we’d never been to Tennessee. We did rock ‘n roll because I grew up with Elvis and the Beatles. We did all kinds of music. 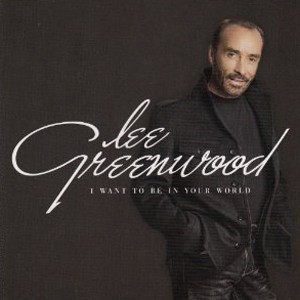 My background is jazz and rhythm and blues from when my parents were musicians in Vegas. It wasn’t until I came to Tennessee in 1979 for the first time that I really had the chance to play the kind of country music they played here. On our first single, “It Turns Me Inside Out,” I really used my rhythm and blues chops and had no idea that would establish a new kind of music in Nashville.

Melissa Parker (Smashing Interviews Magazine): Interesting. You’re known for “God Bless the USA.” Did you have any idea what a huge impact it would have on the United States?

Lee Greenwood: Well, it was aimed at only the United States and I hoped, of course, that it would be a song for inspiration. At the time, we were turning out single after single that were all hits. There was no reason to believe that anything I released would not be a hit. But, I don’t think I anticipated the broad spectrum of people who would take the song to heart. I mean, three, almost four generations now of people.

The song played in schools coast to coast and was used in the Gulf War as a song for spirit. It was used after Katrina for hope, and it was used after 9/11 for unification. Here we are ten years later and it still has the same purpose. I’m thrilled.

Melissa Parker (Smashing Interviews Magazine): Was your dad the inspiration for the song?

Lee Greenwood: No, not necessarily. My father did serve in the Navy in World War II. My stepfather, who took charge of me when I was about 13, served in the Air Force with his two brothers. The bass player in my first band was in the Air National Guard, and we had to take off a week every month for him to serve his country. I began to realize then about the fabric of military throughout the American culture. Everybody has somebody they know that is serving in the military, or they are in it themselves.

Melissa Parker (Smashing Interviews Magazine): Do you still perform for the troops?

Melissa Parker (Smashing Interviews Magazine): That was quite a tour (laughs).

Lee Greenwood: Well, it was an important tour. It was in the North Atlantic, and we visited many places – Iceland, England, Scotland. I played in some of the remote places where there are troops and no war zones. I took Miss USA and two other girls who were with her. One was Miss Tennessee. I fell in love with her and we got married.

Melissa Parker (Smashing Interviews Magazine): Are any of your children in the music business?

Lee Greenwood: No, but my two boys, Dalton and Parker, who are 13 and 16, sing all the time. They’re both in choirs, but I don’t think they’ll choose music as a profession.

Melissa Parker (Smashing Interviews Magazine): I saw you in Jemison, Alabama, in the middle 80s.

Lee Greenwood: Ah, the music park. The storm blew it away or something.

Melissa Parker (Smashing Interviews Magazine): Yes, I believe it is gone. Are you on the road these days?

Lee Greenwood: I do about 110 dates a year. I’ll sing at the Army/Navy game on December 10. On September 11, I was at the First Methodist Church in the middle of Texas. The day after, on September 12, I opened at the Welk Theatre in Branson, Missouri for six weeks. That was a long engagement.

Melissa Parker (Smashing Interviews Magazine): Do you ever get a chance to speak to families of 9/11 victims?

Lee Greenwood: Yes, as a matter of fact, for four years running, I was a guest at the New York Stock Exchange, and we would go back and visit with the families from New York that lost someone in the Trade Towers. You watch that transition take place, where first it was just grief …  and then hope and then security.

Each year they felt a little bit stronger and as everyone does, they go through the grieving period and then they put that person behind them, but never forget. As you know, they’re building the new tower in New York, and it represents all of those that love someone and brings it back to mind.

Melissa Parker (Smashing Interviews Magazine): Do you think the killing of bin laden gave them any closure?

Lee Greenwood: No, because there is no closure on the war on terror. Terrorism is as old as humanity. There are people who have been bullies or terrorists that have tried to hurt other people for their own benefit since the beginning of time. Even though you cut the head off of a snake, there are still many heads.

I think we have a long way to go to make terrorism unpopular with all the countries in the world. Currently America has long struggled to make friends of many countries in the world because we’ve been a policeman. We’ve been an enemy and our allies are few. Those people who want to take advantage of the big dog are consistently trying to stir up stuff.

Melissa Parker (Smashing Interviews Magazine): You’ve been involved in music for several decades. What has been some of your most memorable experiences?

Lee Greenwood: Certainly performing for the presidents. I’ve been with three different administrations and watched that political process and been involved in it behind the scenes. My tours abroad with the military and all of the war machines I’ve been allowed to ride on and be in are memorable because you see the security of our defense. My performances I’ve had here domestically are memorable because my family can come and see me and what I do. That’s always a thrill.

After 30 years of performing as a national celebrity it’s hard to put your finger on what comes and goes, but it has been a wild ride from those days at Jemison, Alabama, when I was performing solo and then later with Charlie Pride, Loretta Lynn, George Jones, the Oak Ridge Boys, Barbara Mandrell, and Alabama. The myriad of stars I’ve worked with, and how I fit into the fabric of country music has just been a thrill.