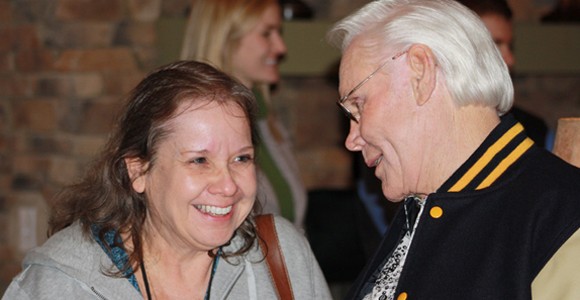 Born on September 12, 1931, George Glenn Jones was raised in Saratoga, Texas, near the city of Beaumont, and was exposed to country music at age seven when his parents bought a radio. His first guitar was given to him two years later; and when he left home at sixteen he found work singing and playing on a local radio station in Jasper, Texas.

By age 24 in 1955, he had been married twice, served in the Marines, and was a veteran of the Texas honky tonk circuit. The first chart single for Jones, “Why Baby Why,” came that year and peaked at #4 on the Billboard country charts. “White Lightning” was released in 1959 and became the first number one single of his career.

"I’ve always been in the spokesman end of it for Ronnie Gilley Enterprises."

Jones has endured a turbulent personal life, from his first marriage at nineteen to alcoholism and cocaine addiction. The singer earned the nickname “no-show Jones” in the 1970s for missing concerts due to inebriation. He would disappear for days at time and in 1979 alone, missed 54 shows.

Not only did Jones have problems with substance abuse, his home life with Tammy Wynette during that time was tumultuous; however, in the studio they were perfect duet partners with the number one country songs, “We’re Gonna Hold On,” “Golden Ring,” and “Near You.” The marriage lasted six years and produced a daughter, Georgette, who began singing on stage with her parents at an early age, and is a singer/songwriter in her own right.

The country music superstar has won numerous awards including many Male Vocalist of the Year accolades and several Grammys. His single, “He Stopped Loving Her Today,” won him Single of the Year honors from the Country Music Association in 1980 and 1981.

In 2003, Country Music Television ranked Jones #3 of the 40 Greatest Men of Country Music. On December 7, 2008, Jones was one of the annual recipients of the prestigious Kennedy Center Honors, along with Barbra Streisand, Morgan Freeman, Pete Townshend, Roger Daltrey, and choreographer Twyla Tharp.

With number one country hits such as “He Stopped Loving Her Today,” “She Thinks I Still Care,” “Still Doin’ Time,” “Walk Through this World With Me,” and “I Always Get Lucky With You,” Jones has reigned supreme in a country music career that has spanned more than fifty years.

Jones managed to shake his drug and alcohol addictions with the support of his fourth wife, Nancy Sepulvada whom he married in March of 1983.

At 76 years old, the 1992 Country Hall of Fame inductee is still very active by recording and performing. He and Nancy live in Franklin, Tennessee, and also share a home in Enterprise, Alabama. 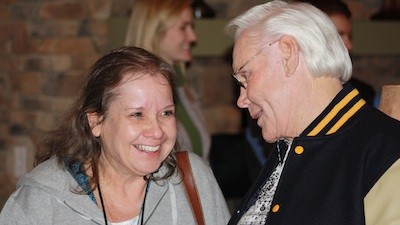 Jones cut the ribbon Sunday afternoon on his Possum Holler Bed & Breakfast in Country Crossing, an entertainment venue near Dothan Alabama, and the brainchild of developer Ronnie Gilley.

Melissa Parker (Smashing Interviews Magazine): How long have you been involved in Country Crossing?

George Jones: Well, I’ve been associated with Ronnie Gilley and projects in entertainment for about four years now. And I have a year left on my contract (laughs).

Melissa Parker (Smashing Interviews Magazine): How did you become involved with Gilley?

George Jones: We started off in the property end of it … houses and all. I’ve always been in the spokesman end of it for Ronnie Gilley Enterprises.

Melissa Parker (Smashing Interviews Magazine): How often do you think you’ll be performing here with your band?

George Jones: Hopefully when I get my Possum Holler restaurant and club in the next phase, I’ll probably be appearing here at least two or three nights a week. I’m just guessing … it’s not a sure thing yet. But it will seat 800-1000, so we’re looking forward to getting that done.

Melissa Parker (Smashing Interviews Magazine): Do you have a new album out?

George Jones: I’ve got a new one out now and it can only be purchased at Cracker Barrel. It has a lot of number one hits of mine and two or three new ones to make it a little different. It’s called A Collection of My Best Recollection.

George Jones: Right. We go back to work … we’ve been off for the holidays … but we go back to work February 5 and we’ll be going out until the latter part of February. So, we’ll be doing a 7, 8, 9 day tour. Then, I hope we’ll get back to Alabama!