Dolly Parton Interview: "When I Feel That Energy Coming Back, It Just Goes Through Me like Fire" 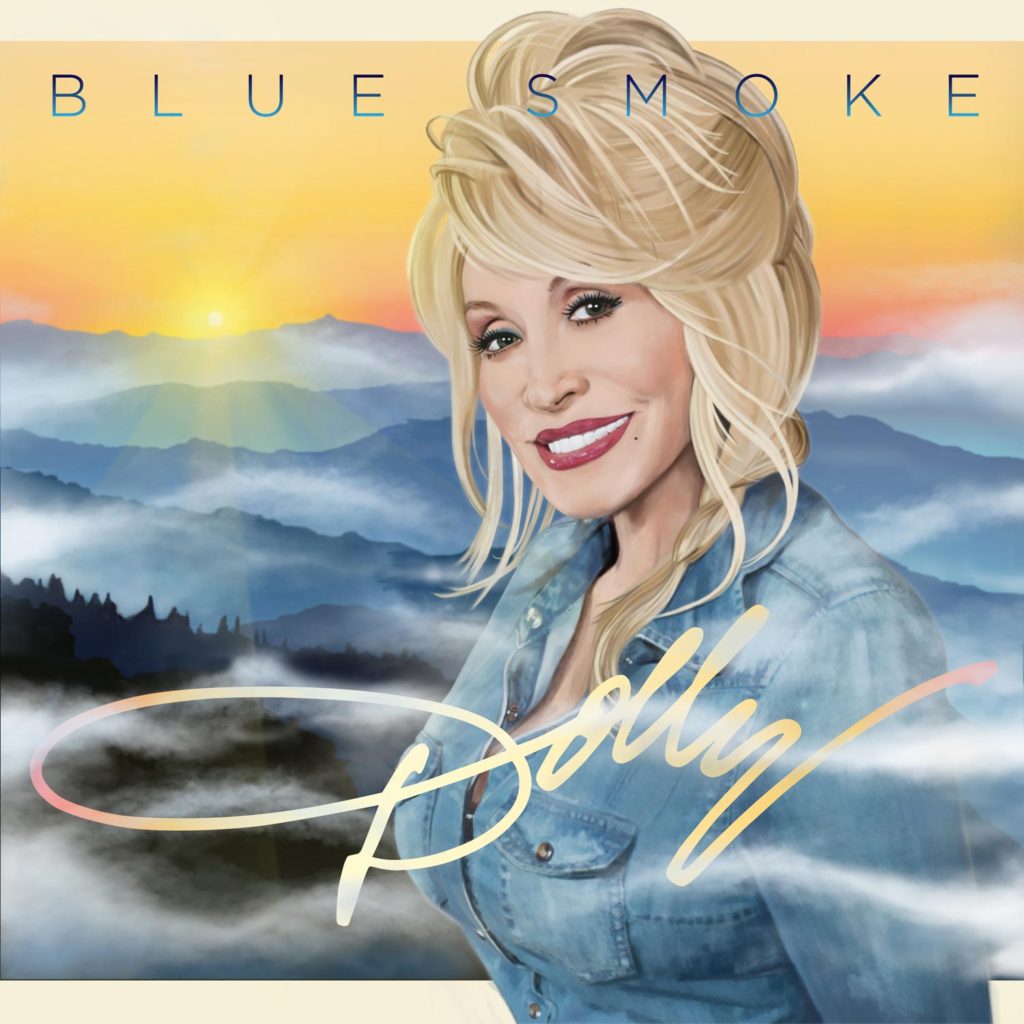 Dolly Parton, the most honored female country performer of all time, recently topped the New Zealand all-genre album chart and the Australian country album chart with the release of her latest album Blue Smoke. On May 13, 2014, the record will hit stores in the United States.

Achieving 25 RIAA certified gold, platinum and multi-platinum awards, Parton has had 25 songs reach number 1 on the Billboard Country charts, has had 41 career top 10 country albums and has 110 career charted singles over the past 40 years. All-inclusive sales of singles, albums, hits collections, paid digital downloads and compilation usage during her Hall of Fame career have reportedly topped a staggering 100 million records worldwide.

"The first song I ever wrote … I didn’t write it. I just made it up, and my momma wrote it down. I didn’t remember it ‘til years later. But it was about a little cob doll that I had that momma had made a little dress for out of the corn shucks. We used to grow our own corn, and daddy would take it to the mill, so we had all these cobs where we’d have to take all the corn off. So we made homemade toys."

Melissa Parker (Smashing Interviews Magazine): Congratulations on the success of your 42nd studio album, Blue Smoke, in Australia! I’ve read nothing but positive reviews from Australian concert performances, and most critics mention your energetic stage presence. What’s your secret to remaining active and vibrant at 68 years old?

Dolly Parton: (laughs) Thank you. It’s just natural. You know, I was born with a lot of energy. It’s a good thing that I have something to channel it into or I’d probably drive everyone crazy. When I’m on stage, I love that feeling I get from the audience.

Dolly Parton: It’s a bluegrass-flavored record. That’s why it is called Blue Smoke. We do the Jon Bovi song, “Lay Your Hands on Me,” but we do it with more of a gospel flavor with banjos and fiddles. And I do Bob Dylan’s “Don’t Think Twice, It’s All Right” because I love that song.

Melissa Parker (Smashing Interviews Magazine): Why did you decide to put “From Here to the Moon and Back” on the album?

Melissa Parker (Smashing Interviews Magazine): Congratulations to you and Kenny Rogers on the Grammy nomination for “You Can’t Make Old Friends.” There were always romantic rumors swirling around you two, but Kenny says it was just “teasing and flirting.” How would you describe your relationship with Kenny?

Dolly Parton: I love Kenny. I love his voice, and I never get tired of hearing Kenny sing. We’re very kindred spirits and very much alike. Our sense of humor is warped, and we just communicate so naturally. It’s like I know what he’s thinking, and I know what he’s feeling even if he doesn’t say it. I’ll bust him on something I know he’s thinking (laughs).

I love his voice and just think we’re so compatible. People think we’ve worked together for years and that we had one hit record after another, but we really didn’t. We just had “Islands in the Stream” and a couple of others and then the Christmas album. We got to tour a little bit, but people just tag us together like we’ve just married (laughs). That’s a wonderful problem to have and a wonderful husband to have in the business.

Melissa Parker (Smashing Interviews Magazine): Yes it is (laughs). What are your two favorite songs of all the ones you’ve written?

Melissa Parker (Smashing Interviews Magazine): It’s interesting, Dolly, that you started writing at seven years old. Was that a song, story or poem, and what was it about?

Melissa Parker (Smashing Interviews Magazine): You wear such bright colors and sequined vests. How did you develop the “Dolly” look?

Dolly Parton: I patterned my look after the town tramp (laughs). But that’s a girl’s idea of glamour because I wanted to have my hair blonder. I was a blonde kid, but it was dishwater blonde, and I wanted radiant blonde. I wanted to have lipstick, and I used pokeberries stains for lipstick when I was a kid and burnt matches to make my eyebrows and beauty marks and all that.

Melissa Parker (Smashing Interviews Magazine): You have been married for almost 50 years! What’s the secret to a successful union?

Melissa Parker (Smashing Interviews Magazine): Has your faith in God carried you through the turbulent times?

Melissa Parker (Smashing Interviews Magazine): What life lessons do you share with young people who want to embark on a career in music?

« Mel B Interview: "I Think All Five of Us Are Interested in a Spice Girls Reunion"
Jack Hanna Interview: Inside the Mind and Heart of the Animal Kingdom's Best Friend »