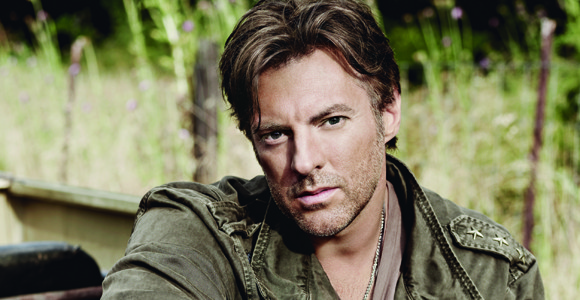 Country music artist Darryl Worley is the spokesperson for the BamaJam Farms Fall Festival set for October 29, 2011 in Enterprise, Alabama. Worley, the Christian rock band MercyMe, and singer/songwriter producer John Rich, just to name a few, will be performing at the family-focused entertainment event.

"They’re developing what I would call a retreat. Some people are calling it a park. It will have many different elements. There will be a huge water park. They’re boasting that it will have the longest water slide in the world if they’re able to construct it as we talked about. All kinds of stuff will be there year round. There will be a nine-hole golf course, small cabins and bungalows, horse riding, and ATV trails."

The Memphis, Tennessee native married Kimberly Perkins on December 2, 2007 and the couple has a daughter, Savannah Gail born March 24, 2008. Worley formed the Darryl Worley Foundation and has provided assistance to numerous organizations and individuals in need.

More information about the BamaJam Farms festival can be found at www.bamajamfarms.com.

Melissa Parker (Smashing Interviews Magazine): Is that located in the same place where the annual BamaJam Music Festival was held in Enterprise?

Darryl Worley: It’s the same property and the project is going to be amazing! They asked me to act as a spokesperson or something. I don’t know what I’m doing (laughs). I’m just talking about something I think is going to be a really good thing, you know?

Melissa Parker (Smashing Interviews Magazine): Absolutely. You will perform as well as MercyMe? 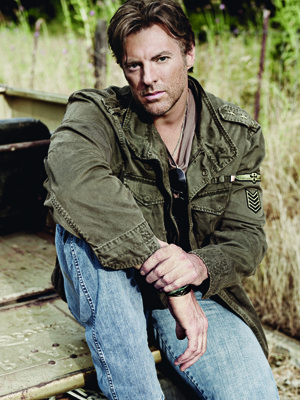 Darryl Worley: MercyMe, The Springs, The Roys, and John Rich will be there. It is my understanding there will be several other acts. We got a little bit of a late start promoting this particular event, but it’s just getting organized out there. They wanted something for the fall for the families and children.

This event will have a Christian element to it for sure, obviously with the music that’s coming. But their thoughts are to mix and match different genres, different types of music from the same stage. After talking with them about some ideas I think it might be a cool thing.

Melissa Parker (Smashing Interviews Magazine): Will this be the beginning of an annual or seasonal event?

Darryl Worley: They’re developing what I would call a retreat. Some people are calling it a park. It will have many different elements. There will be a huge water park. They’re boasting that it will have the longest water slide in the world if they’re able to construct it as we talked about. All kinds of stuff will be there year round. There will be a nine-hole golf course, small cabins and bungalows, horse riding, and ATV trails.

Just for the event on the 29th there will be a ton of stuff for families and children. That’s the thing I’m excited about. I think we’ll bring our little girl and come in early. They have a list as long as my leg for the kids. They have those inflatable jumpers, petting zoos, hayrides, pony rides, a hay maze, pumpkin carvings, and a giant straw slide. One of the coolest things will be a treasure chest drop. A helicopter will fly over about 3:00 and will drop all of these little treasure chests with candy and tickets to redeem for prizes.

We’ll have a concession stand, a produce stand, merchandise booths, and a general store will be open. All of the campsites will be open and operating as well as the RV Park with full hookups. They have primitive camping with tent spaces. Some of the ATV trails will open that particular day and open every day after that. There will be more new trails in the spring. BamaJam Farms property will open in the springtime with all of this new stuff like the waterpark and a huge swimming lagoon. Annual memberships will also be available for this park in the spring.

They’re planning not just to have an event in the fall but to have pretty regular events, especially concerts. There will be bigger events like BamaJam that will continue to be held out there and then there will be events with smaller stages and amphitheaters. I think this thing on the 29th will be a lot of fun and I hope folks in the area will check it out. The kids will have a blast!

Melissa Parker (Smashing Interviews Magazine): Sounds great. Darryl, do you still have ties to Country Crossing that reopened this year until the name Center Stage Alabama?

Darryl Worley: I do not. I just found out about two or three weeks ago that the Worley Bird Saloon (I guess that’s what it was called) had still been open and running under the same name. I was inquiring to some of my friends and connections down in that area about my personal belongings that I had given to Ronnie (Gilley) and some of the other guys back when we were all still doing some stuff together. I’m in the process of trying to get those things back.

If those guys are still operating and using my name, I’m going to have to get some kind of an agreement figured out on that. My personal preference would just to be separated from that completely, and that’s what we’re trying to do right now.

Melissa Parker (Smashing Interviews Magazine): I see. Is Ronnie Gilley involved in this project since he spearheaded past BamaJam music festivals?

Darryl Worley: Ronnie and I have been in direct contact for a while now since his time served. He is working for the Keystone Land Company but in a much different role than before. Ronnie is really talented with special projects and he’s an incredible idea person. When I spoke with him last he said, “If anybody wants to know what I’m doing, tell them I’ve got a job working for Keystone and that I’m just proud to have a job.” He’s connected, but in a different way. Early on Ronnie said, “I don’t want to be out in the forefront with this whole thing. I just want to be in the background doing what I do best.”

I know that Ronnie came through this a changed man and I’m very thankful for that and for him. We’ve been good friends for a long time and I’ve always felt that he was a good soul, but he’s a different person now. It’s kind of like being in a foxhole, you know? I’ve heard some of my great uncles say, “There are no atheists in a foxhole.” Ronnie had some experiences in there that changed his life, so he’s on a real positive track. We’re all excited about that and I think he is some of the energy behind what’s going on.

More than anything else I think all of the guys involved in this development are good Christian people. They want to concentrate on doing something to put God back into all of the things that we do as opposed to taking him out of everything. That’s one of the reasons I said “heck yeah I’ll be a part of this.” Their motto out there is, “BamaJam Farms, where God and country coincide.” I love that. I think it’s time. If we don’t do something to head back in that direction … our country is in trouble and I think that’s one of our only hopes. So when they told me what their focus was I said, “If I can help out with that crusade, I’m in.”

Melissa Parker (Smashing Interviews Magazine): Is getting back to core values and to God the solution to some of the country’s problems?

Darryl Worley: That’s exactly what I personally see and I know that I speak for everyone involved in this show. You know, those guys are the owners. I’m just a guy that can sit down and talk to folks and have a little name recognition. But, I don’t have any doubt that’s what happened to our country.

I could talk about it all day long and you’ll have people who will blow up and say, “Nobody’s taking God out of the country.” That would be a silly remark because it happens every day. There’s so much of it that has already happened. We were talking about this festival the other night and one of the guys said, “You know, it is going to have to start somewhere and if it can be right here in south Alabama then that’s even better.” I agree. I think it needs to start somewhere.

Melissa Parker (Smashing Interviews Magazine): You have the Darryl Worley Foundation, a not-for-profit organization that provides funds to hospitals and you are involved in many charities. Some artists don’t give back to the country or even the community. Why do you?

Darryl Worley: It all goes back to the way you’re raised. One of the things that my folks always said to all of us no matter what we did is that if you get out there and have success, if God is good to you, you need to give back and remember where you came from. We do a lot of that in southwest Tennessee, north Mississippi, and the north Alabama area. Our cancer treatment center reaches out to a huge area because we’re in such a rural area here.

The Bible says something to the effect of, “To those much is given, much is expected.” I think we’re blessed people. I love the fact that I get to make my living doing something I really enjoy. I grew up in the part of the country where many men didn’t get to do that. My grandfather used to say, “If you figure out how to make a living pickin’ that guitar and singin’ then you’ve done something boy.”

I think that it’s a blessed man who gets to do something he loves whatever that might be. If you look at things that way, I think it’s important to give back. It’s truly not about letting other people see what you do. It has to sit right within your soul. I think that works for me. I know my accountants get a little frustrated sometimes because they’d like for me to do more shows for more money (laughs). I tell them that it may not show up on your books, but I’m getting paid back in many ways.

Melissa Parker (Smashing Interviews Magazine): Are you working on a new album?

Darryl Worley: We’ve about finished it and just have some tweaking to do now. We’re actually going to take some songs from the God & Country project and bring them over to this new one. We should be having some new songs on the radio in the spring.

Darryl Worley: It will be a wonderful event. It’s so beautiful there this time of year and I’m looking forward to taking the family.