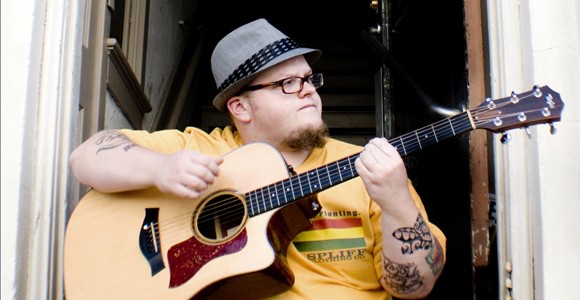 Texas singer/guitarist Cas Haley burst upon the music scene with his easygoing reggae tunes and was voted runner-up on Season 2 of the NBC reality television series America’s Got Talent. On August 31, 2007, Haley lost to Terry Fator, a ventriloquist/impressionist/singer and fellow Texas native.

Haley released a self-titled independent album in 2008 which achieved extraordinary critical and commercial success; finishing out the year as the #8 Billboard Top Selling Reggae Album. On June 30, 2010, Easy Star Records announced that they would be releasing Haley’s follow up album, Connection, and it hit the shelves on September 14.

Connection bristles with chill grooves, rocking guitars, and funky horns, all fueling Cas’s irresistible melodies. His songs recognize the complexities of life – love, family, worldly troubles, and uncertainties – but always come back to the central message of connection.

The talented musician is married to Cassie Black, has a son named Eben and a daughter named Nolah. The family lives in a small community outside of Paris, Texas.

Melissa Parker (Smashing Interviews Magazine): Cas, this is your second CD, so why are you calling it the debut album?

Cas Haley: I just feel like it’s my debut album, just as far as the circumstances surrounding it and how honest the material is compared to the one before. 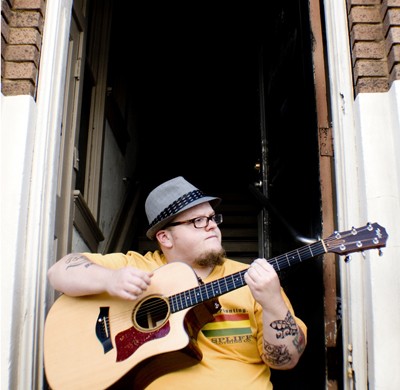 Melissa Parker (Smashing Interviews Magazine): It was recorded there in Paris, Texas?

Cas Haley: The majority of the album was recorded in Dallas.

Melissa Parker (Smashing Interviews Magazine): You wrote most of the songs except for a couple of covers?

Cas Haley: Yes, “No One” was one of the main covers. There is a song called “Take a Chance” which was written by this Hawaiian guy named Micah Keolanui (he goes by Micah G). I was a big fan of his and of that song. I knew nobody on the mainland had heard it so I was inspired to do that song.

Melissa Parker (Smashing Interviews Magazine): How would you describe your singing style?

Cas Haley: It’s like a pop soul reggae sort of thing. I’m into a lot of old soul, new soul, and reggae, so I just sort of combined all of those.

Melissa Parker (Smashing Interviews Magazine): I heard traces of Sting, Sam Cooke, and Bob Marley throughout all of the songs.

Melissa Parker (Smashing Interviews Magazine): When I heard some elements of Sting, it reminded me of when you sang “Walking on the Moon” on America’s Got Talent. Piers Morgan said you sang the song better than Sting. What ran through your mind when he said that?

Cas Haley: That was pretty wild. I thought, “Wow!” I was just so surprised that the guy who was infamous for being an ass was giving me probably the best compliment I’ll ever have. It was pretty amazing!

Melissa Parker (Smashing Interviews Magazine): Is there one particular song that means more to you than the others?

Cas Haley: “I’m Free” means a lot to me in many different ways. “I’m Free” is about what a crazy lifestyle my parents led, but how that actually gave me the ability to be secure without security. It gave me basically what I’d need to have in order to pursue a career in music since it’s so insane and you never know what tomorrow will bring.

“Counting Stars” is about my family and how much I love them so that means a lot to me also. “Counting Stars” and “Release Me” are the freshest songs. I wrote them probably a week before I recorded the album so they are really current. I’d been messing with “I’m Free” for the last year or so trying to get it where I liked it.

“Here I Come” is not an original, but Oh God how I wish it was. It’s an amazing song and I feel like it’s an original when I sing it. I think the lyrics are just about the simple truth about the journey, about human experiences, and about how we don’t know what tomorrow will bring. We have to be thankful for right now and just keep going no matter what.

Cas Haley: Nine times out of ten I’ll come up with a riff first. I’ll come up with a piece of music, a vibe, and a melody. I’ll be mumbling most of the time up to that point. I don’t try to think about what I’m going to write. I just start by sort of mumbling words and building it around that. This last album I ended up incorporating many of my own experiences within that process.

I didn’t sit down and say (for “I’m Free”), “Oh I’m going to write a song about my childhood growing up with these crazy hippie parents.” It was more like I had a riff and started singing about it, then one thing reminded me of something cool, and it comes together in a rather unorganized way (laughs).

It’s a natural way. I don’t have to force anything. It’s taken me a good year to get “I’m Free” where I actually liked it as far as the words and the music going together and it’s because I didn’t force it. I don’t beat it to death. I just let it evolve in as natural a way as I can. 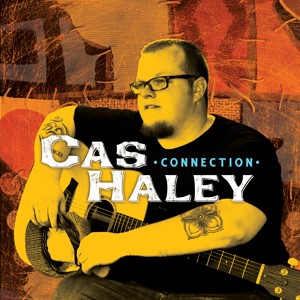 Melissa Parker (Smashing Interviews Magazine): Have you ever thought about moving to Los Angeles or Nashville to seriously pursue your singing career?

Cas Haley: You know, I spent some time in Los Angeles when I was on America’s Got Talent and it’s really not for me. I like being in the country and living where I grew up. I don’t like the hustle out there.

Everybody’s hustling and I’m not really trying to hustle. I’m just trying to live my life, play music, and do the best I can. Whatever happens will happen. I don’t want to get in the race out there. You’re in so much competition when you’re out there in it, you feel that, and it drains you.

Melissa Parker (Smashing Interviews Magazine): You speak about your crazy hippie parents. Were they musical also?

Cas Haley: Yeah, both of my parents are musicians. I’ve been around music my whole life. They had tons of friends who played music and that’s how I learned how to play. I would sit and watch them practice.

Melissa Parker (Smashing Interviews Magazine): Cas, how did you end up in the America’s Got Talent auditions?

Cas Haley: Actually it sort of happened in a crazy way (laughs). I had been asked by friends to do different shows, but I never thought I’d be the one to go audition on one of those shows. I just didn’t think it was the path for me.

One day I got a call from my good friend, Seth Morley, who was also managing me at the time even though there wasn’t much to manage (laughs). Anyway, he said, “Hey man, are you going to that audition?” I guess I had told him I would go although I didn’t recall telling him that. But, he had booked this sort of back door audition where I didn’t have to wait in line. I guess they book the talent for talent agencies, too, when they go to these towns to make sure they get some quality stuff (laughs).

I felt bad that I had told him I would go to the audition and then didn’t remember saying that. But what really helped me decide to do it … I was sitting there thinking about my wife who was working 12 hour days to support me and my son. I was working on the weekends playing and watching my son during the week. I wasn’t making much, so I thought I should just go to the audition and maybe it was a sign because it was already set up.

I really didn’t have any expectations. That’s what was weird about the whole deal. It just sort of happened and I just kept neutral. Obviously I wanted to do well on the show but I hadn’t sat and thought about it for months before. So really just getting to the end was super special for me. I was like, “Wow, a month ago I didn’t even expect to even audition for this show and look at me now!”

Cas Haley: Not really. There wasn’t that much pressure. It got down to the end and I just didn’t have any expectations. I didn’t plan on it, just went out and did what I could do and left it out there on the stage.

Melissa Parker (Smashing Interviews Magazine): You were offered a record contract, weren’t you?

Cas Haley: Yeah, they make you sign a record contract when you’re in the top 20. I was trying to do a deal with Sony and then a management deal with Simon Cowell and his record company. Basically he was the boss (laughs). I was signing a deal with him.

After the show I sat back and thought about what I really wanted. The deal would have been money, but I was really just another product they were going to produce. They were going to give me a start to my career in a way that I just didn’t feel comfortable with at the time.

Melissa Parker (Smashing Interviews Magazine): You wanted to do your own thing.

Cas Haley: Yeah. I thought, “This is going too fast for me.” I knew I was going to be a musician until the day I died so I wasn’t worried about my success level. I wasn’t looking for a destination. It’s all about the journey for me. I’m going to keep playing music, keep striving, and hopefully the cream goes to the top (laughs).

Melissa Parker (Smashing Interviews Magazine): Did you watch America’s Got Talent this season?

Cas Haley: Yeah, I watched a little of the show this season.

Melissa Parker (Smashing Interviews Magazine): Did you have a favorite?

Cas Haley: I think the four finalists were really interesting and it may be the best season they’ve had. I doubt I would have made it into the finals if I were there this year. But I guess because I came in second place, I wanted Michael Grimm to win. Whenever I watched Jackie, though, she would make me cry. They were all amazing.

Melissa Parker (Smashing Interviews Magazine): Is a tour coming up?

Cas Haley: We do Austin and Dallas, head to Los Angeles and do two weeks on the west coast, then I head to the UK and do about three weeks there. I come back and do some more shows on the east coast and just keep on going through the end of the year. I’ll have Thanksgiving and Christmas with the family, but this is sort of the big tour.

Melissa Parker (Smashing Interviews Magazine): What does your wife think about your success?

Cas Haley: She loves it and loves to be able to stay home with the kids. We’ve got a little girl now so we have a boy and a girl. She stays busy. I’ve been on the road quite a bit and I’m going off for the next couple of months so she’s a little sad about that but we keep in contact on Skype and on the phone. But she’s happy.