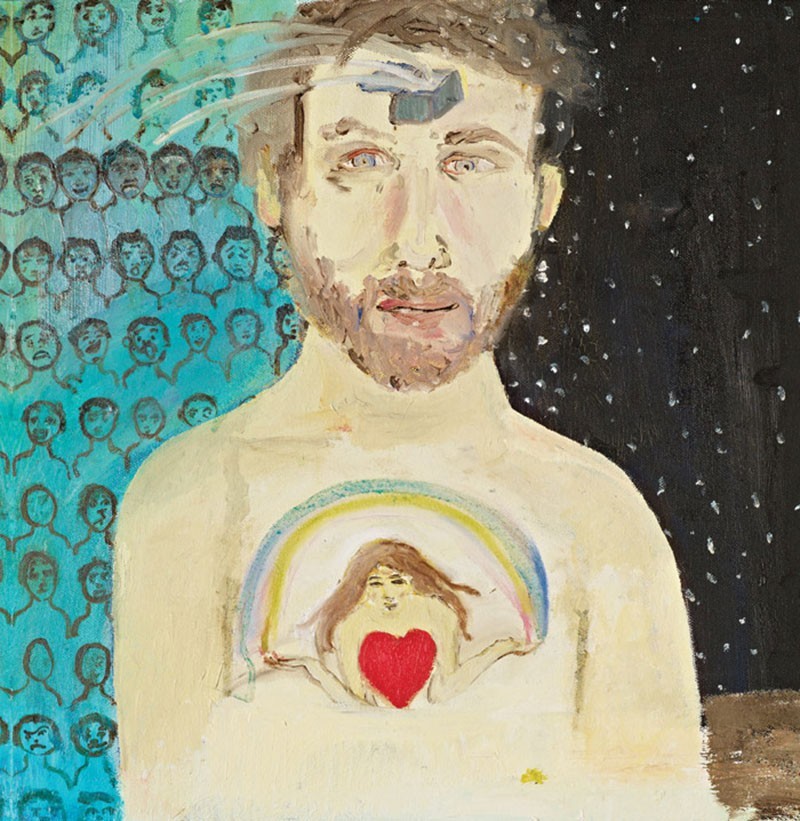 Australian musician and actor Ben Lee began his career at the age of fourteen with the Sydney band Noise Addict, but focused on his solo career in 1995 when the band dispersed. He appeared as the protagonist in the Australian film The Rage in Placid Lake (2003) and has released eight solo studio albums.

The single and 2005 ARIA Music Award winner, “Catch My Disease” from the album Awake is the New Sleep, was produced in the U.S. and gained some international recognition when it appeared in the opening scene of an episode of ABC’s Grey’s Anatomy and consequently went on to appear as a live track on the drama’s original soundtrack. It was also featured in an episode of the sitcom Scrubs, in the movie Just Friends and was used in a Dell commercial.

"The beautiful thing about it is it’s a much more medicinal experience than most of the other psychotropic plants, so it kind of never will serve anyone any good as a recreational drug which is great (laughs). The last thing we need is another drug running around the world to put everyone in chaos. But it forces you to confront things, and it’s very powerful … very much a healing drug."

Catch My Disease was released January 29 via GoDigital. Lee’s ninth studio album is entitled Ayahuasca: Welcome to the Work and will be released May 2013. He married actress Ione Skye on December 28, 2008 in a Hindu wedding ceremony, and their first child, Goldie Priya Lee, was born on September 24, 2009.

Melissa Parker (Smashing Interviews Magazine): You began working on the documentary, Ben Lee: Catch My Disease, with the filmmaker, Amiel Courtin-Wilson, back in 2000.

Melissa Parker (Smashing Interviews Magazine): Why did the film take so long to complete?

Ben Lee: It went through a lot of stages, and I think Amiel, as a filmmaker, was trying to work out how to end it because even with a documentary, you still need to have an arc. It just didn’t feel like the right time, I don’t think. I’m totally speaking for him, which I probably shouldn’t do, but I think once I was married and had a kid, it suddenly felt like, “Okay, that’s an appropriate place to end the story.”

Melissa Parker (Smashing Interviews Magazine): A reviewer describes the film as “documenting his strange trip as a rock star.” Would you consider it strange?

Ben Lee: Um, that’s the only one I’ve known. I hear people say things like that, like, “Wow. What a journey you’ve been on!” It was what made sense in front of me. Jokingly, I consider the film more self-titled like, “How I thought fame would solve everything and how I found out it didn’t.”

It’s a very archetypal kind of journey of buying into one idea of a narrative of what would make you happy and then realizing that it’s inherently empty and trying to reconstruct more authentic narratives for yourself as an adult.

Melissa Parker (Smashing Interviews Magazine): What are the positives and the negatives that impact someone’s life when they are thrown into the spotlight at such an early age?

Ben Lee:  That’s a good question. I’m not particularly sure I would have had the skills to deal with things any better had I waited longer. The kinds of things that are difficult for a musician is the rejection of a judgment of your work and all that stuff that you think as an adult. Maybe we have a bit of a thicker skin or a bigger self-confidence or self-esteem that it wouldn’t kind of shake you as badly as when you’re young. But I don’t know, because most adults I know still get equally devastated over their work not being received (laughs).

The good thing I know for sure is that it allowed me the opportunity to pass through some rights of passage before adulthood and kind of get them out of the way and move on to other explorations. I know a lot of people who are in their 40s and 50s that are still wondering, “What if I had given it a shot at becoming a superstar?” I never really have to ask, “What if?” because I really tried many of these things.

Melissa Parker (Smashing Interviews Magazine): There are no regrets of beginning a music career at the age of fourteen?

Ben Lee: I’m so happy now … met my wife through that whole Beastie Boys world. In terms of the specifics, there are things that I can mourn for myself in my own life in relationships with people or treated people in ways that I don’t feel proud of and wouldn’t do again. But it’s not like I’m sitting around going, “Oh, I wish I could take that back.”

Melissa Parker (Smashing Interviews Magazine): You have stated that you are the best singer/songwriter in Australia, correct?

Ben Lee: I definitely said it. I was obsessed with Andy Kaufman and just the whole idea that you could actually reveal people’s discomforts and people’s hypocrisies by what you said. Do you know what I mean? I was really always just trying to push people’s buttons.

Ben Lee: That’s kind of like the punk side of me (laughs).

Melissa Parker (Smashing Interviews Magazine): In the past, dreams were a constant theme in your music. Do you remember your last dream?

Ben Lee: Yeah … a few nights ago, I had one. For some reason, my subconscious must be buckling down under pressure, but I feel that a couple of times a week, I’m able to recall my dreams. I can’t think off the top of my head what it was though.

Ben Lee: I did a video of my song, “Away with the Pixies,” and there was a little girl in it. Her dad and I became friends, and he was dating one of Ione’s best friends. This all happened when I was eighteen. I met Ione when I was eighteen, and we started dating ten years later.

Ben Lee: Exactly. I always tell my single friends, “You never know. They could be right under your nose.”

Melissa Parker (Smashing Interviews Magazine): You married Ione in India. Do you practice Hinduism or are you a religious person?

Ben Lee: I would definitely not call myself religious. I’m much more a student of consciousness than any particular thing. There are Hindu rituals that I do. I have my relationship with Amma, which is very sacred to me. I’ve got a new record coming out about Ayahuasca, which is a South American jungle medicine. I explore all different things. I’m open to anything, really, and spirituality in whatever form. That’s for sure.

Ben Lee: Yes. The beautiful thing about it is it’s a much more medicinal experience than most of the other psychotropic plants, so it kind of never will serve anyone any good as a recreational drug which is great (laughs). The last thing we need is another drug running around the world to put everyone in chaos. But it forces you to confront things, and it’s very powerful … very much a healing drug.

Melissa Parker (Smashing Interviews Magazine): How has fatherhood changed you?

Ben Lee: That’s such a huge question. I mean, its just love, really. I feel so myself around her. Just the opportunity to love someone unconditionally and be loved back unconditionally is very, very healing. It has just made me a better person.

Melissa Parker (Smashing Interviews Magazine): Ione is the daughter of legendary singer/songwriter and guitarist Donovan. Is it intimidating to have him as a father-in-law?

Ben Lee: That’s a pretty interesting relationship because he and Ione didn’t even meet until she was sixteen, so their whole relationship is still being explored, let alone my relationship with him. Obviously, he’s someone who has just had a huge amount to offer the world. He’s such a massive talent and anything I can learn from anyone, I’m always up for (laughs). He’s just one of the great resources for wisdom.

Melissa Parker (Smashing Interviews Magazine): Did you and Claire Danes remain friends after the breakup in 2003?

Ben Lee: We speak every now and then, but not particularly. It’s one of those ideals I think we have after breakups, like, “Oh, we’ll stay friends.” But at a certain point, you sort of feel like, “What’s the point, really?” I mean, I love Claire, and I’ll always love her, but she’s doing her thing and I’m doing my thing.

I’m so happy for Claire. She’s pregnant and all that. Especially once you have kids, your life becomes much smaller in terms of the amount of people you can continually keep up with. This doing interviews today is the longest I’ve spent on the phone in a long time (laughs).

Melissa Parker (Smashing Interviews Magazine): I can imagine (laughs). Were you pleased by her comments in the documentary?

Ben Lee: Yeah. I mean, we went through so much together and we grew up together. I think we’ll always honor each other’s role in our lives for that. So that was very generous of her to be part of it.

Ben Lee: I haven’t really thought about it like that. That’s a good question. Maybe it would be just to work out some stuff to put on the list (laughs).