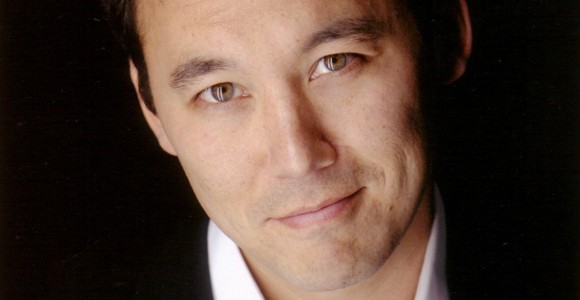 Hailing from Pittsburgh, Pennsylvania, 36-year-old comedian Steve Byrne has risen through the ranks of the comedy world to become one of the industry’s most innovative and sought-after performers. After winning TBS’ cutthroat competition, the MySpace Standup or Sit Down Comedy Challenge, Byrne catapulted into a brilliant television and film career.

As the comic’s popularity began to expand, Byrne was featured in his very own half-hour Comedy Central Presents special that was soon voted as one of the best specials of all time in the Comedy Central Standup Showdown. His hilarious standup has been seen on The Tonight show, The Jay Leno Show, Jimmy Kimmel Live, The Late Late Show, and Comic View.

"The secret in it all is that I’ll never know what really works. Night after night I’m taking a blank slate of what I think could possibly be funny and saying it to an audience."

In 2008, Byrne aired his first one-hour special, Steve Byrne’s Happy Hour, which premiered on Comedy Central to rave reviews. On the big screen, Byrne appeared in the recent hit blockbuster Couple’s Retreat, Four Christmases opposite Vince Vaughn and Reese Witherspoon, and The Goods: The Don Ready Story alongside Jeremy Pivan.

In a wake of laughter, Byrne continues to pave his way with a new one-hour special entitled The Byrne Identity set to premiere July 25, 2010 at 10:00 PM on Comedy Central.

Steve Byrne: It has been a busy day of press. I had to get up at 4:30 and I’ve been doing press ever since. I’m doing radio and other interviews. It’s been busy, but it’s okay. I could be digging ditches, you know (laughs)?

Melissa Parker (Smashing Interviews Magazine): Your next Comedy Central special is coming up.

Melissa Parker (Smashing Interviews Magazine): Tell me about the show.

Steve Byrne: Well, the whole special really is about identity. The first one that came out, Happy Hour, and even the half hour (Comedy Central Presents) that came after that were fun, silly, observational jokes that didn’t really say anything about me personally. There was nothing that anybody could relate to because it was all just weird stuff. 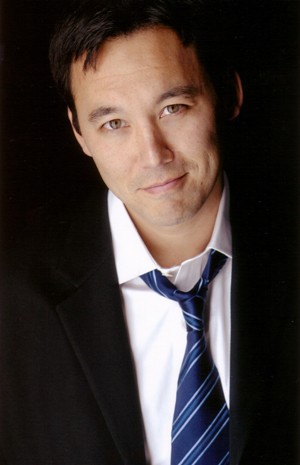 For this special I really made a conscious effort to ask myself, “Who am I? Why would anybody be able to relate to me? I’m Korean and I’m Irish so that’s even more difficult.” But, I thought, “Well, everybody’s kind of mixed in this country at some point.”

There are very few “Italian” Italians or “Swedish” Swedes because everyone is mixed. So I just started looking at it as “everybody’s American” and I wrote from that angle … just breaking down how I think there are so many racial structures in this country, which I think, are pretty silly.

Steve Byrne: Yeah, it’s all about identity, whether it’s through race or “stereotypical” likes in music. It’s all about how we perceive each other, I guess, in this country more or less.

Steve Byrne: I was a quiet kid but when I got to school I was always the class clown. When I was at home I kept to myself.

Melissa Parker (Smashing Interviews Magazine): Do you have any siblings?

Steve Byrne: I’ve got a younger brother who just got out of the military. He’s actually taking improv classes, so I think he wants to follow the same path, just do something a different way. That’s good by me because I don’t want him doing the same stuff I do (laughs).

Melissa Parker (Smashing Interviews Magazine): Do your parents think you are funny?

Steve Byrne: I don’t know. I think when my mom saw me on The Tonight Show for the first time that’s when she said, “Oh okay.” My folks have always been very supportive of me doing this ever since the beginning, God bless them. I certainly wouldn’t be here if it wasn’t for them … in standup … or in general (laughs).

Melissa Parker (Smashing Interviews Magazine): They didn’t tell you to go to college for a “real” job?

Steve Byrne: Well, yeah, that was something I had to do. I went to Kent State in Ohio. My dad’s like, “Just go to college and then you can do whatever you want.” I did and never intended to be a standup comedian. I got a job in New York City at Caroline’s Comedy Club on a whim. I just happened to walk in looking for a job. I started watching all the comics and thought, “That looks like a lot of fun.” I gave it a whirl and here I am 12 years later.

Melissa Parker (Smashing Interviews Magazine): You didn’t get a job as a comic then?

Steve Byrne: No I was answering the phones and sweeping the floors at the club. I had many jobs before I became a comic: waiting tables, cutting grass, landscaping, dishwashing, cooking, delivering videos for a movie rental store. I’ve done everything.

Melissa Parker (Smashing Interviews Magazine): How long does it take to write a comedy routine for these specials?

Steve Byrne: Well, the first half hour special took me 8 years to write. Happy Hour took me 2 years and this one took me a year and a half, so I’m getting better at the writing (laughs). I’m trying to churn one out every 2 years now so by 2012, I’ll have my third hour.

Steve Byrne: The secret in it all is that I’ll never know what really works. Night after night I’m taking a blank slate of what I think could possibly be funny and saying it to an audience. They’ll let me know if I’m correct or not which is a very odd way of going about a profession but ultimately, collectively, the audience always will be very honest with you.

The audience will either laugh or they won’t. That’s when I know if something works. It’s very troubling, it’s frustrating, but a lot of fun at the same time and I have a blast doing it.

Melissa Parker (Smashing Interviews Magazine): You are taking real life and putting a spin on it.

Steve Byrne: Yeah, that’s based on me staying in hotels all the time. I’d walk down the hall and I would hear that. It’s just so lonely (laughs). But, I’ve got to find jokes somehow.

Melissa Parker (Smashing Interviews Magazine): What comedians made you laugh when you were growing up? 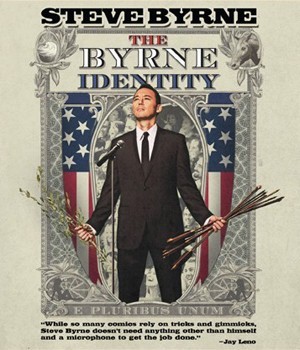 Steve Byrne: You know, I never liked standup. I never watched it, never listened to Eddie Murphy or Andrew Dice Clay when I was younger. It was just something that never really appealed to me. I loved Saturday Night Live and Dana Carvey, Phil Hartman, and Chris Farley, but never really got into it, to be honest with you.

Steve Byrne: No, not really.

Melissa Parker (Smashing Interviews Magazine): You spoke earlier about your parents. How much of their relationship goes into your act?

Steve Byrne: Early on it went into the act, but now I don’t want to be a guy who’s got a Korean mom and talks about her, does the accent and all of that stuff. I did my best to stay away from it as much as possible. I’m really getting more personal now in my comedy so I really don’t talk about my parents at all. It’s more introspective, my perceptions and opinions, and how I perceive the world.

Melissa Parker (Smashing Interviews Magazine): How did the “sex with Bruce Lee” routine come about?

Steve Byrne: That’s literally one of the first jokes I ever wrote. I remember thinking about it when I was at a table in a restaurant. I thought, “Wow, wouldn’t it be funny if there was a Kung Fu and porn movie?” I was huge into Bruce Lee movies when I was younger so I thought that was the way to go. I tried it out and to this day I’ll never write a joke that gets as big of a response as that joke does. But I’m also sick of it and tired of doing it, so that joke doesn’t have a place in my act anymore.

Melissa Parker (Smashing Interviews Magazine): Do you believe that comedy can be a natural talent?

Steve Byrne: Of course, yeah. There are people I meet all the time that crack me up. But to have a conversation with just a group of friends … there’s some comfort to that and no real risk in it. It’s separate because when you’re doing standup you don’t have that camaraderie or that relationship already built in. These people know you, they feel comfortable with you and you with them.

Standup is just taking a raw idea and telling it to a bunch of strangers. These people don’t know you at all, but you have to see if you can communicate and elicit that one emotion which is laughter. It’s more difficult than just sitting with your buddies and cracking jokes.

Melissa Parker (Smashing Interviews Magazine): You probably aren’t trying to be funny when you’re just relaxing with your friends.

Steve Byrne: Oh yeah, they were nude. It was for the Playboy channel. The girls are completely nude and after 45 minutes into the show they want you to go out and do standup while these pretty girls are naked. It was the most surreal experience I’ve ever had in my life. It was mind blowing.

Steve Byrne: Yes, they’ve been the best experiences of my career. I love performing for the troops. They’re the best audience and just a great bunch of people. They come up to you afterward saying, “Thank you.” I tell them, “Please, I’m here to thank you guys for serving.” In all of my years of standup those are the best shows I’ve ever done.

Steve Byrne: I’ve been touring literally for 5 years straight. I think I’ve had 6 weeks off in 5 years. It’s been pretty grueling. You hear bands or musical artists say, “Oh, I’m on tour for 3 months and it’s brutal.” I’ve been on tour for 5 years and have no sympathy for them.

Steve Byrne: Not really, not right now. Every night I’m trying to write this third hour special to be out by 2012, so I’m under the gun.

Steve Byrne: Yeah, I take off tomorrow to go to Chicago. I’m doing a scene with Vince Vaughn and Kevin James. Ron Howard is directing the film so it should really be fun. Cheaters may or may not be the name of it. They’re always changing the names of movies.

Melissa Parker (Smashing Interviews Magazine): What’s next for you, Steve … being a talk show host, landing a sitcom?

Steve Byrne: I think we have enough talk show hosts out there now. I am working on a sitcom that I wrote. My friend and I are going out and selling it right now so we’ll see what happens.