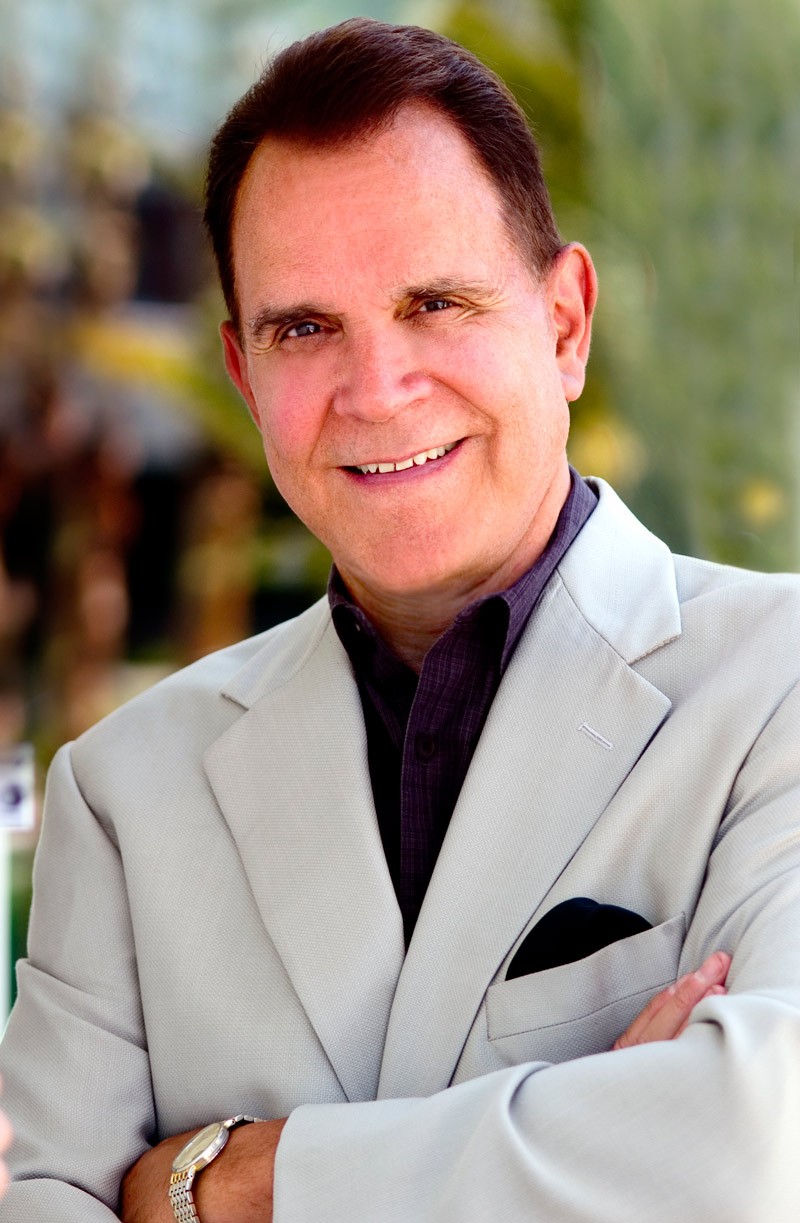 Canadian born impressionist and voice actor Rich Little, nicknamed “The Man of a Thousand Voices,” by legendary comedian Mel Blanc, got his start in nightclubs just like every other comic of his time. But there was one thing he was best known for, and that was impersonations.

"Dean didn’t drink as much as people thought he did. He just had that image and wanted to pretend to drink a lot. Dean was just so easygoing and lackadaisical that he didn’t even know who we were roasting when the show would start. Until he got up and started reading the cards, he had no idea who the guest of honor was (laughs).”

In 1966 and 1967, Little appeared on ABC’s sitcom Love on a Rooftop with Judy Carne, guest starred on That Girl with Marlo Thomas and made two appearances on The Flying Nun in 1968. His best-known continuing TV series was The Kopycats, hour-long segments of The ABC Comedy Hour, first broadcast in 1972. He starred in various HBO specials including the 1978 one-man show, Rich Little’s Christmas Carol.

The talented funnyman currently performs his one-man show called “Jimmy Stewart and Friends” that features many of the classic impressions he is known for and others including Bill Clinton, Andy Rooney and Dr. Phil McGraw.

Melissa Parker (Smashing Interviews Magazine): Rich, I remember watching all of the celebrity roasts with my family. They were hilarious!

Rich Little: They also hold up well through time and are still funny today.

Rich Little: I’m not sure who the very first one was. The roasts were part of The Dean Martin Show, the last twenty minutes or so of the show, and they caught on. The reaction was so great that they then extended them to an hour, and some of them went to two hours. But they started on The Dean Martin Show.

Melissa Parker (Smashing Interviews Magazine): Do you have a favorite?

Rich Little: I loved the one with Jimmy Stewart because the whole routine was to show Jimmy how to imitate himself. He, of course, did it very badly (laughs).

Melissa Parker (Smashing Interviews Magazine): (laughs) But you did Jimmy so well.

Rich Little: Yeah, and we winged that. We didn’t script that at all. It just happened to come out of the gate extremely well because Jimmy went along with what I was doing. He had a great sense of humor, so it’s a surprise piece. I use it in my act all the time, too.

Melissa Parker (Smashing Interviews Magazine): Did you ever want to be roasted?

Rich Little: I thought maybe they might roast me, but they probably figured I was better at roasting the others seeing that I imitated most of them on the dais. They probably thought that was a better slot for me, so I was never roasted. I was, however, roasted at the Friars Club in New York in the 70s. That was a big event. It was live. I was also roasted in LA, so I’ve been roasted twice.

Melissa Parker (Smashing Interviews Magazine): The “warning label” on the DVD boxed set made me laugh. It states: “Some of the jokes and ethnic references heard in these roasts would most likely not be allowed on network TV today. Keep in mind the tenor of the times, the bawdy party atmosphere and the fact that many of these celebrities were friends who loved to give and take a good shot. The cigarettes are real, the drinks are free and the camaraderie is heartfelt.” Well, the ethnic jokes are definitely not politically correct these days. How has comedy changed from the 1970s?

Rich Little: I think comedy has definitely changed over the years. I don’t think it’s as clever. It’s quite blue now. You can almost say anything you want to now on television. Back in those days, you couldn’t even say, “hell.” But you’re right; some of the ethnic things were a little sensitive.

Don Rickles hasn’t changed though. He’s still doing the same stuff. It’s just that today’s roasts are … I don’t know half the people that are on the dais. So I can’t really comment on that. I think they’re a lot “stronger” than they used to be. Those Dean Martin Roasts were fun, and they poked fun at people, but they did it in a fun way. Nobody took exception to anything that was said. They weren’t as biting as they are today.

Rich Little: Oh, everybody could drink. Back in those days, you could order what you wanted on the dais. I don’t know if everyone was drinking. It would be pretty stupid to drink if you’re getting up in front of those people. You’d need your mind pretty clear for that.

Dean didn’t drink as much as people thought he did. He just had that image and wanted to pretend to drink a lot. Dean was just so easygoing and lackadaisical that he didn’t even know who we were roasting when the show would start. Until he got up and started reading the cards, he had no idea who the guest of honor was (laughs).

Rich Little: No preparation at all, no. Dean just did it and went … no hello or goodbye, no chitchat, nothing. He just did the show and left. Nobody ever got to know him. No.

Melissa Parker (Smashing Interviews Magazine): I understand that Johnny Carson never wanted people to get to know him in his personal life.

Rich Little: He didn’t at all. He didn’t socialize at all. I don’t know that he had many friends. Johnny was just incredible on camera, but once the show was over, he was pretty much to himself. He didn’t invite anybody to the dressing room. There was no small talk with Johnny. He was very professional, very funny and very quick witted. There’s nobody better than Johnny Carson.

Melissa Parker (Smashing Interviews Magazine): Rich, I understand that this all started when you impersonated teachers as a child. Did you ever get into trouble for that?

Rich Little: Oh no. The teachers were so thrilled with it that it wasn’t long before they were charging a two-drink minimum and a cover charge in class just to hear me get up (laughs). They loved it. Some of them followed me to New York when I did the Copacabana later in my career. Knowing I imitated all the teachers, they came down to the Copa hoping I would imitate them. But an American audience wouldn’t know who my Canadian teachers were, so they were a little upset and went back to Canada a little peeved (laughs).

Melissa Parker (Smashing Interviews Magazine): Were you interested in performing from a young age?

Rich Little: I really wanted to be an actor. I was interested in acting and still am. But I said, “There’s 250,000 actors, and there’s only about 3 impersonators.” I’ve always had the ability to imitate, so I pursued that. I thought the quicker way to become famous was to be an impersonator.

Once I found I was getting great reactions at school doing all the teachers, I knew I could imitate some local politicians and a few movie stars. I remember somebody paid me some money to do it, and then I really took it seriously.

Melissa Parker (Smashing Interviews Magazine): Speaking of other impersonators, I remember Frank Gorshin in the 70s. Was there a rivalry going on between you and Frank?

Rich Little: No. I don’t think so. We were pretty good friends. He did his impersonations, and I lot of them I couldn’t do. We worked a show called Kopycats together in England. All of the impersonators were on it, and we all got along pretty good. There was a little squabbling over who was going to do what voice, but the producers decided that. I think impersonators, generally speaking, appreciate other impersonators. They know how much work goes into it.

Melissa Parker (Smashing Interviews Magazine): When television appearances grew scarce for you, was that because of the dissolution of the variety show format?

Rich Little: Partly that. For the variety show, there was no longer any variety, and also the fact that when you get older, they don’t want you on television anymore. It’s a younger demographic today. Unless you’re a superstar or in a movie, you won’t get on TV at all.

Rich Little: I’ve been doing a one-man show on the life of Jimmy Stewart. I’ve been touring the country with that. We have planned to take it to Broadway. I’ve been doing that for the last few years. It’s sort of a tribute to Jimmy’s life, and I do 32 impressions in that show.

Melissa Parker (Smashing Interviews Magazine): I heard that you tell a story about Clark Gable going fishing with Laurel and Hardy (laughs).

I’m thinking about doing another one-man show on Reagan. I’d love to do that. I’d have to put it together, but I think it would be appealing because Reagan is still very loved. I’m going to work on that.

Rich Little: Oh, I just watch them a lot and watch the mannerisms, see if there are any catch phrases. It’s a slow process, but sometimes it comes quickly. You get somebody like, Doc … Doc … Dr. Phil (in Dr. Phil’s voice), and you can do him in about 10 minutes. Same for Truman Capote and Paul Lynde. Those voices are larger than life and easy to do. But you start imitating Brad Pitt or George Clooney, and you’re going to have quite a struggle because they don’t really have anything distinctive in their voices.

That’s why the older stars are better to do because they were easily identifiable and always the same. Clark Gable, Humphrey Bogart, John Wayne and Jack Benny were all easily imitated, but today’s comics … it’s a lot tougher. If you were going to do Seinfeld or someone current, it would be very tough.

Melissa Parker (Smashing Interviews Magazine): Has anyone ever gotten mad or irritated at your impersonations?

Melissa Parker (Smashing Interviews Magazine): I read a story about you impersonating Richard Nixon in front of him. It didn’t go well, did it?

Rich Little: No. He didn’t know who I was doing. I was doing Nixon in front of him, and he was wondering why I was speaking in that strange voice. That was not one of my finer moments (laughs).

Rich Little: Yep at the White House Correspondents’ dinner. Great audience. He got a kick out of my impression. That worked out very well.

Rich Little: I do Obama. It’s not one of my best, but I do a little bit of Obama. I didn’t think he’d be around that long, but obviously he is. He may even run for another term. I don’t know. He seems to do anything he wants, so he’s going to be around for a while longer, I think.

Melissa Parker (Smashing Interviews Magazine): Don Rickles is still performing at 87. Do you see yourself still going on stage at that age?

Rich Little: If I have my health, I will. It’s all a question of your health and energy.

Melissa Parker (Smashing Interviews Magazine): What is your most requested impression?

Rich Little (in Dean Martin’s voice): Oh, yeah. I want to tell you folks … did you hear about the angry deer who stumbled out of the forest? She said, “Boy, that’s the last time I’ll do that for ten bucks.”

Rich Little (in Johnny Carson’s voice): It was so cold in New York last night. How cold was it? It was so cold the flashers were only describing themselves.

Melissa Parker (Smashing Interviews Magazine): (laughs) Does your wife enjoy the impressions of celebrities and politicians?

Rich Little: No. I’m not married, so nobody complains.