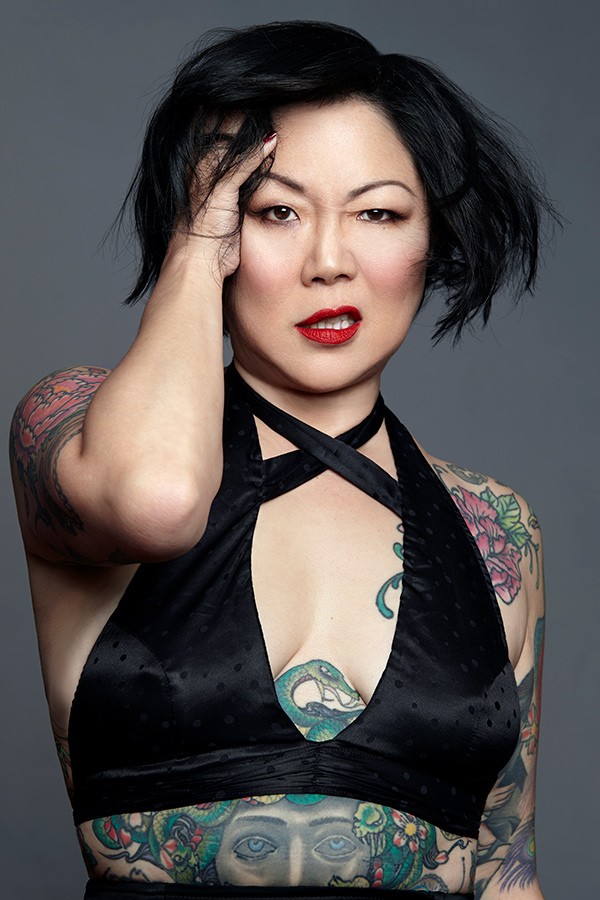 Five-time Grammy and Emmy nominated comedian Margaret Cho’s popular “Fresh off the Bloat” tour begins on February 14, 2018, at the Hollywood Improv and ends in June at the Helium Comedy Club in St. Louis, and it is being called her sickest standup comedy show to date. A pioneer amongst women in comedy, Cho doesn’t take anything for granted as she continues to tackle difficult subjects with sensitivity and razor sharp insight with her takes on addiction, abuse, activism and "Asianess." It's all about the politics of disgust and what is disgusting about politics.

"Right now, in this whole sexual abuse reckoning and #MeToo movement on Harvey Weinstein and all sorts of other people, it’s incredible, you know the way that the news is learning all about it, and, of course, Trump is part of that."

Melissa Parker (Smashing Interviews Magazine): Margaret, how is “Fresh off the Bloat” different from previous tours?

Margaret Cho:Right now, in this whole sexual abuse reckoning and #MeToo movement on Harvey Weinstein and all sorts of other people, it’s incredible, you know the way that the news is learning all about it, and, of course, Trump is part of that. So there’s a lot of stuff coming out every day. It’s always changing, so I feel like the show that I do often connects to current events, and this is really more true now than ever.

Margaret Cho: Yes, of course. That’s a big part of it. I mean, I can’t even count the number of times that I’ve been affected by sexual abuse. That’s something that has been a constant in my life since I was a kid, and certainly it’s something that happens to most people at some point. So it’s important to address it, and now that there’s so much to talk about more than ever, I think that’s really important.

Margaret Cho: I think that humor in general is a helping mechanism, and we can find a place of peace around it and a place of connection around it. It takes a lot of skill, too, because it’s not something I’m making fun of. I’m also a rape survivor, and so this is something that I know very well and something that I’ve learned to talk about for many years now and finally figuring it out. So, yeah, it makes a big difference with somebody talking about rape who’s from that tribe. I’ve got experience, so I know what it’s like, and so through that, I think we get by.

Melissa Parker (Smashing Interviews Magazine): I believe there’s a quote that says, “There is a thin line that separates laughter and pain, comedy and tragedy, humor and hurt.”

Margaret Cho: It is true, I think. It’s very true. Yes, for sure.

Margaret Cho: Oh, yeah! But I’m also just tired of this crazy person. There’s no ideology that’s driving him. He just says and reacts to whatever, and it’s not adult at all. It’s very childish and reactive behavior that is improper and impossible to imagine in somebody that has that much power. The president is the most powerful person in the world, so it’s crazy. It’s really a matter of just trying to stay calm and endure however long this is going to be.

Melissa Parker (Smashing Interviews Magazine): Your dad was a joke writer, so is that where you were inspired to become a comedian?

Margaret Cho: I think so. I think having a literary family, and my parents are funny people, helped. But I also was really inspired by watching Joan Rivers on television. I saw her, and I realized that’s what I was going to do and what I wanted to be. Comedy was a very big deal, a very big part of San Francisco, and so that was another aspect to it.

Melissa Parker (Smashing Interviews Magazine): You speak about your mom during your routine. Does she like the act?

Margaret Cho: Yeah. She loves it. She thinks it’s great, and she has a good time. I think that for her it’s a really special thing, and she’s always giving me suggestions on what I should say and do. It’s funny.

Margaret Cho: Yes! I was part of the very last young comedian specials that he would do where he would pick out these comics. He was so old at that point that it wasn’t even him. It was his producers who knew what we would’ve wanted. He was really, really old when I was working with him. But after doing that, it was one of my very first big television gigs, and so beyond that, there was so much to discover. But, yes, he really did give me my very first break.

Melissa Parker (Smashing Interviews Magazine): What were the biggest struggles along the way to success for you, and when did you know that you had broken through?

Margaret Cho: I still don’t know if I have broken through. You never really know, and, also, every show is its own entity. There’s never really an understanding of where and when you finally break through and get there. I don’t know. But I do love the profession itself. I think the struggles are just kind of within, especially like doing movies and television, there’s not a lot of Asian Americans out there, so we’re not having a visibility or awareness. That feeling of invisibility is a big one. It’s that feeling of never really fitting in. I’m not a size zero. I’m not any of the things that you think about when you think about an actress or a leading lady, but hopefully that will change. So I’m still trying to figure that out.

Margaret Cho: Yeah. But women are often my favorite comedians. You have to be so much better as a woman in comedy to really break through and break in to the industry. The women I know in comedy always excel and are incredible artists much better than their male counterparts, I’ve always thought.

Melissa Parker (Smashing Interviews Magazine): How are your film and television projects going?

Margaret Cho: I have a couple of things, just little things, you know. I just enjoy little things here and there. I just did an episode of Miracle Workers with Steve Buscemi, which was really fun. Television is mostly where I’m at, and hopefully there will be more.

Margaret Cho: We’re still working on it. It’s still in development. We finished the pilot, and now we’re just waiting to see.

Melissa Parker (Smashing Interviews Magazine): Do you write jokes constantly or have a specific time to sit and write?

Margaret Cho: It’s all of that. I think you have to capture everything as it comes. For me, right now, what I usually do as soon as I get up is to write something. That’s the time that the working begins very much in the unconscious like before you really wake up. So I try to capture it right when I get up. That’s something I’ve been doing for a while. But what’s great is you can record things. That’s always the place where I put everything. I always sit and write. There are all these different ways, but I’m a big believer in always recording everything that I do.