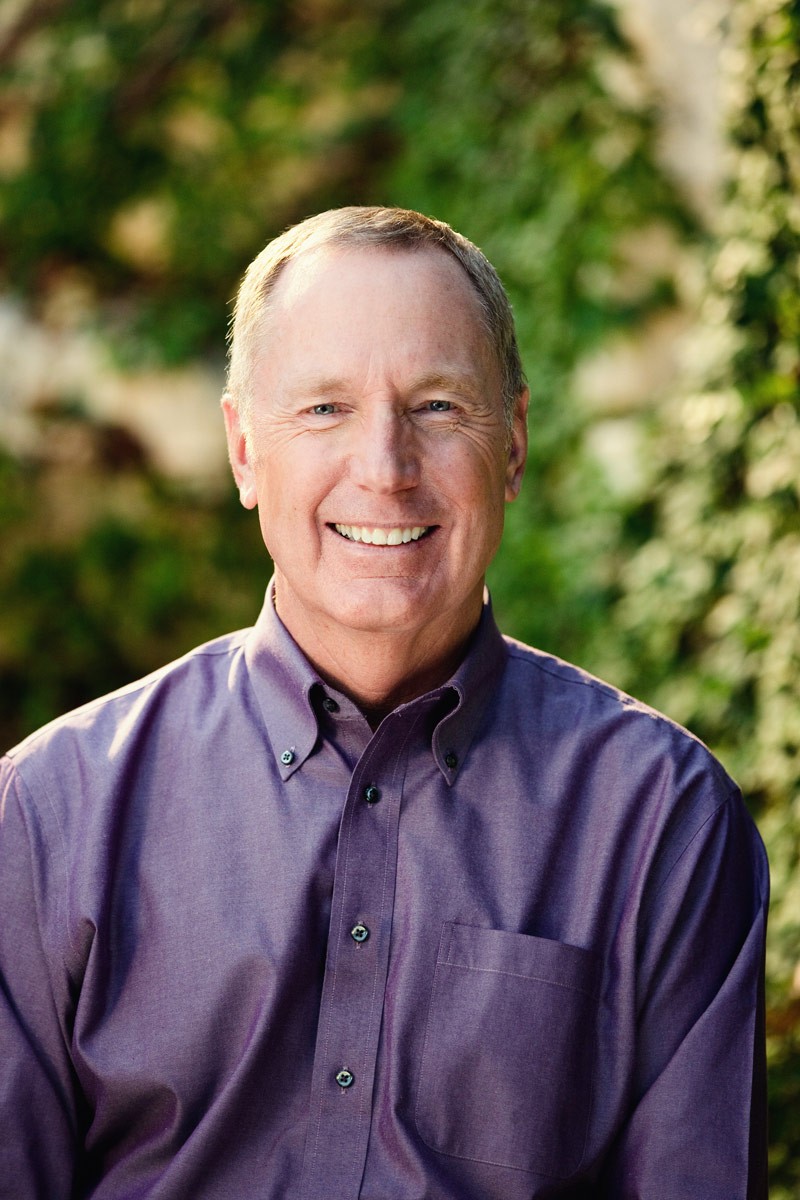 Bestselling author and pastor Max Lucado is partnering with his longtime publisher Thomas Nelson, the Salvation Army and the Association for Christian Retail to reach one million broken hearts with the message of his book You’ll Get Through This: Hope and Help for Your Turbulent Times, to be released September 10, 2013. Through the innovative “Give Hope Where it Counts” campaign, Christian retailers can offer consumers the opportunity to purchase a special Salvation Army edition of You’ll Get Through This, which will be distributed to those in need of the message most.

Lucado will also extend the reach of this message as the featured speaker for a Salvation Army event on September 11, 2013 that will be held at the Centennial Memorial Temple in New York City. Invitations will be offered to selected individuals directly affected by the 9/11 attacks, Hurricane Sandy and other tragedies.

"We act like God’s only good when the outcome is good. We say, 'We’ve got a good God because I’ve got a good job.' But what if I don’t have a good job? Does that mean God’s not good anymore? What I’m trying to do in this book almost without telling everybody is to help them to find a little theology of suffering, to understand that from God’s perspective, there is evil in the world, but he will trump that evil, and he will recycle that evil, and he will use that evil into something good."

The leading inspirational author in the United States, Lucado’s writings from his sermons have been shaped into bestselling books, videos, devotionals, songs, greeting cards, booklets, Bible studies and commentaries. You’ll Get through This is his 30th adult trade book in more than 25 years. More than 100 million Lucado products have been printed in 41 languages, including 80 million books to date. His books have appeared on national bestseller lists such as The New York Times and Publishers Weekly, and Lucado has been featured on countless national media outlets including The Today Show, Good Morning America, Huckabee and Fox & Friends.

Lucado and his wife of 30 years, Denalyn, call San Antonio, Texas home. He has served the people of Oak Hills Church for 25 years.

Melissa Parker (Smashing Interviews Magazine): Max, why was it time to write about hope?

Max Lucado: You know, Melissa, I’m a pastor and I have been for 30 years. I’m entering my 4th decade, believe it or not. I’ve always found myself trying to help people get through a tough time. Every day it seems I’m on the phone or in a conversation especially on weekends at church services, and I find myself talking to people who are passing through tough times.

I just felt like it would be good to have a tool that I could give people that would help them to understand the purpose of suffering, how to keep a cool head during a difficult time. Eventually I just turned to the story of Joseph in the Bible as an example of somebody who did not only survive during a difficult time but used his life as a model for how God gets us through difficult seasons.

Melissa Parker (Smashing Interviews Magazine): As a pastor, how do you answer questions like, “Why did God let my child die?” or “Why can’t God end the suffering in the world?”

You know, unmet expectations are tough when it’s your wife or your husband, but it’s really tough when it’s God (laughs). And yet, it can be a time of growth and a time of faith, a time of understanding who God is. I think that my job as a pastor and the job of a church is to help people walk through that and just give them some practical steps.

We act like God’s only good when the outcome is good. We say, “We’ve got a good God because I’ve got a good job.” But what if I don’t have a good job? Does that mean God’s not good anymore? What I’m trying to do in this book almost without telling everybody is to help them to find a little theology of suffering, to understand that from God’s perspective, there is evil in the world, but he will trump that evil, and he will recycle that evil, and he will use that evil into something good.

Melissa Parker (Smashing Interviews Magazine): Do most people have to get to the brink of despair or depression to seek answers?

Max Lucado: The story of Joseph begins in a pit. The one good thing about pits is that you can only look one direction, and that is up. That’s the way it is when we find ourselves in the pit. It forces us to think about God and to rethink our expectations of God. To answer your question, yeah, some of us have to get to the end of our rope before we really start wrestling with some of these questions.

What I’m trying to do in this book is wage war against despair. It’s one thing to be discouraged. It’s another thing to have despair. Despair is when you think there’s just no end to this. There’s no solution for his. Despair is when you think that your suffering has no purpose, and your suffering has no end. But according to the Bible again, Joseph is a classic example. Your suffering does have a purpose. God used suffering in Joseph to actually deliver Joseph’s family from starvation by bringing them into Egypt, and he used the suffering of Joseph to protect the lineage of Jesus.

In the big picture, the big upper story of history, God’s redemption plan played through the sufferings of Joseph. Yes, it did have purpose, and yes, it will have an end. It will. It really will even for the person who does not recover from their disease. That does not mean that their disease had no end. This is the promise of heaven. This is the promise of eternity. This is the reason the Bible urges us to set our eyes not on things we see but on things that are better yet to come.

I realize all of that, Melissa, is a matter of faith, but I’m quick to point out to people who don’t choose to have faith … tell me about Plan B. In Plan B, suffering is random, there’s no purpose to it, there’s no reason, and there’s no solution. It’s just all a matter of a toss of the dice. Well, there’s no comfort in that. So I acknowledge that having a faith outlook requires faith, but boy I’d much rather have faith than have none.

Melissa Parker (Smashing Interviews Magazine): You mention Colton Burpo, the boy who claims to have had a near death experience at four years old where he visited heaven, saw Jesus and his great grandfather. Do you believe this actually happened, and do you believe that when we die, our souls go directly to heaven?

As far as what happens to the soul or to the person when we die, there are two lines of thought there. One is that the soul remains in a state of sleep or rest called “soul sleep” until Jesus returns, and he calls both the body and the soul into heaven. The other is that the soul goes immediately into the presence of Christ, the evidence being that when the thief on the cross died, Jesus said, “Today you’ll be with me in paradise.” So the soul goes into paradise, and on the day of judgment, the body and the soul will be reunited. I tend to lean toward that second interpretation, but some of the finest scholars in history have taught “soul sleep.” It seems to me that there’s evidence to think when a person dies, their soul goes immediately into the presence of God.

Melissa Parker (Smashing Interviews Magazine): Max, did you become a Christian as a child?

Max Lucado: Yes and no. I did make a commitment to Christ when I was 10 years old, so I was saved then. But I was 20 years old before I was serious about trying to become a disciple of Christ. I went through a pretty rebellious time during my teenage years, but when I was a college sophomore, I came back to Christ. So I’ve really had two moments in my life that were very decisive … saved as a 10 year old and sought becoming a disciple when I was 20.

Melissa Parker (Smashing Interviews Magazine): What about becoming a pastor?

Max Lucado: When I came back to Christ when I was 20, I had some friends who were going to spend a summer in a mission camp in Brazil working with children. They invited me to go with them. I agreed and ended up moving back to Brazil as a missionary. I was there for 5 years, and then I came back and went into preaching.

Melissa Parker (Smashing Interviews Magazine): What is the church’s belief on salvation?

Max Lucado: We believe a person is saved when they put their faith in Christ.

Melissa Parker (Smashing Interviews Magazine): What are your feelings about women becoming pastors?

Max Lucado: We teach that Biblical marriage is a man and a woman under covenant for life.

Melissa Parker (Smashing Interviews Magazine): So what is the opinion?

Melissa Parker (Smashing Interviews Magazine): Judging by the astronomical amount of books you’ve sold, it appears that people really connect with you on a personal level. Why do you think that is?

Max Lucado: I really don’t know. All my books come out of sermons, and I’m really a pastor who writes rather than a writer who pastors. Maybe that has something to do with it. All of my books have been tested, so to speak, in front of a church. But I’m real grateful for that and enjoy what I get to do. I’ve been as surprised as anybody that response has been positive to my books. Not all of my books have done well, but quite a few of them have had a good shelf life.

Melissa Parker (Smashing Interviews Magazine): Are you working on a book now or have an idea for another one?

Max Lucado: I do. I just finished a book on prayer. It’s called The Pocket Prayer, and it’s a shorter book, a prayer for people who don’t like to pray. That will be out next year, and I’m working on some fiction now as well.

Melissa Parker (Smashing Interviews Magazine): How have you survived all these years in a household full of women?

Max Lucado: (laughs) Three daughters. It has been good. We do have a boy dog though (laughs).

Melissa Parker (Smashing Interviews Magazine): What has been the most important thing that has concerned you as a parent?

Max Lucado: Especially raising daughters, that they would somehow be physically harmed. Keeping them safe, physically safe. That’s a concern this day and age. Now they’re out of the house. Two of them are still single, so they live as single girls in large cities. So I worry about their safety. They’re well educated and spiritually grounded, so I don’t have any concerns about that. But sometimes I’ll want to make sure they’ve locked up their places and are well cared for.

« Vicki Lawrence Interview: Famed Funny Lady Recalls Hilarious Moments as Matriarch of "Mama's Family"
Eric Braeden Interview: "The Young and the Restless" Superstar Fires Off on Gun Control: "The More Guns That Are Available, the More Tragedies Will Happen" »