Marion Ross Interview: "Happy Days" Star Says, "I Just Had to Become Somebody" 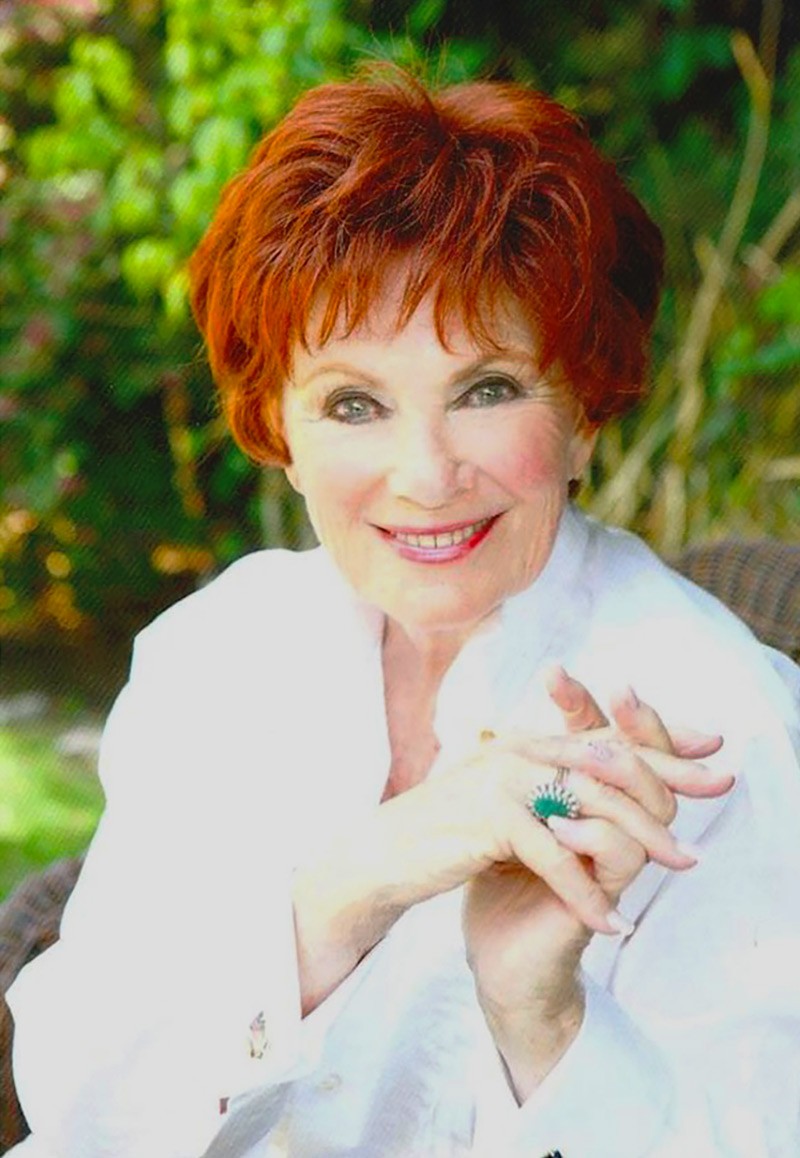 Film appearances include Forever Female, The Glenn Miller Story, The Proud and Profane, Teacher’s Pet, Operation Petticoat, Airport, The Evening Star and Dickie Roberts: Former Child Star. Ross co-authored, along with David Laurell, My Days: Happy and Otherwise, which is released March 27, 2018. The memoir is filled with loving recollections from Happy Days, her early days in show business, the struggles in her marriage, as well as a touching foreword from her “TV son” Ron Howard.

"Early on in my career, a man said, 'I want to help you. How do you think you’re going to get ahead in this business?' I said, 'Well, I’m a really good actress.' He said, 'Well, that’s kind of hard.' I realized what he was talking about."

Marion Ross: Good morning, my dear. Where are you calling from?

Marion Ross: Well, it’s not morning there at all, is it? (laughs) Your accent is charming, darling. It’s charming, and I love it.

Smashing Interviews Magazine: Early afternoon, and thank you! Your book is a delightful read. Did you ever think that when you met Ron Howard back in the 1970s that he’d become a famous producer and write the foreword for your memoir?

Marion Ross: No, not really (laughs). He was a famous little child actor, but really, no. I had no idea he would zoom past all of us and become one of the most important men in this town.

Smashing Interviews Magazine: From what he wrote in the book, it’s obvious he cares a great deal about you.

Smashing Interviews Magazine: You wrote about seeking attention as a young girl and that led you to acting.

Marion Ross: Yes. I had a crippled brother, and I’m the second little girl, so I didn’t get a lot of attention. I had to work hard to get attention, you know.

Smashing Interviews Magazine: The attention made you happy?

Smashing Interviews Magazine: When you were at Paramount, and even afterward, you said that there was a professional pecking order in Hollywood.

Smashing Interviews Magazine: Your film debut in Forever Female (1953) was with two big stars in Hollywood at that time, Ginger Rogers and William Holden. What was that experience like for a young actress?

Marion Ross: It was interesting. The director, Irving Rapper, must have been intrigued with this young actress. I was like 23 or so. He thought I looked like Greer Garson, so he’d say, “Miss Garson! What do you think about that?” (laughs) I had a very small part in the movie. I was a college graduate, so I would have opinions (laughs). It took me quite a while to realize he was making fun of me, you know.

Smashing Interviews Magazine: Many powerful men at that time probably didn’t want to hear “opinions” from women. Is that true?

Marion Ross: Oh, yes, indeed. This was the 50s. Oh, my, yes. In fact, my agent said to me, “Don’t be going around on the set. Don’t be visiting the set by yourself on the lot at Paramount. That’s dangerous.” In fact, I remember sitting once and two men were near me. A girl walked by and said, “Hello,” to these guys. One of them said to the other, “I know her.” The other one said, “Oh, yeah? I know her, too.”

I thought, “Oh God! I don’t want anyone ever to think that about me. No one’s ever going to know me that way.” The same happens in the business world, too. That’s what’s so fun about now with all the young actresses standing up for their rights. It’s wonderful. It’s a new movement.

Smashing Interviews Magazine: They have the guts to speak out now and not be afraid of the consequences, which is wonderful.

Marion Ross: Because in the old days that’s how you got ahead in the business. You made a few gentleman friends there. Early on in my career, a man said, “I want to help you. How do you think you’re going to get ahead in this business?” I said, “Well, I’m a really good actress.” He said, “Well, that’s kind of hard.” I realized what he was talking about.

Smashing Interviews Magazine: Speaking of succeeding in the business, along came Happy Days. What were you told about the character of Marion Cunningham?

Marion Ross: Not very much. They just said that the mother was such an insignificant part, so they said, “You’re good for the mother.” My part was like, “Oh, Howard! Oh, Richie! You’re not eating.” Things like that. It was not an important part. It was a story about the boys and the kids in school.

We would read the script around the table on a Monday morning, and Garry Marshall and everybody would say, “Marion, please read all the girls’ parts.” Wow. I would gear down. I was auditioning for those writers all the time, so that their heads would snap around and they’d say, “Wow!” They began to write better for me all the time.

Smashing Interviews Magazine: Some of my favorite Happy Days episodes were when Marion was frustrated as a housewife and wanted more out of life.

Marion Ross: Yes (laughs). And you had wonderful Tom Bosley playing my husband, and he had won the Tony on Broadway, so he was a very important man on that set.

Smashing Interviews Magazine: Since Happy Days was set in the 1950s, to have the mother interested in a meaningful career other than housewife would not have been contemporaneous with the times.

Smashing Interviews Magazine: Were you unhappy doing Happy Days or ever feel that your talent was not being utilized to the fullest?

Smashing Interviews Magazine: Are you still in contact with Henry Winkler?

Marion Ross: Very much so. Very much. We go to lunch and have a good time. In fact, Ron and his daughter Bryce are having a party in a few weeks. I’m very fortunate that we have remained very tight friends.

Smashing Interviews Magazine: What do you think of Henry’s reality series Better Late Than Never?

Smashing Interviews Magazine: Do you have regrets about how your marriage may have interfered with your career in later years?

Marion Ross: It’s funny. Of course, I thought I had come to a total standstill at age 50, and I said to my mother who was a teacher, “Maybe I should get a credential and become a teacher.” She said, “No! Don’t do that.” I tried so hard to turn the acting into a business. I hired a press agent. I could see that this was all about selling, that I was a product, and it was about selling and that the Brownies and the fairies were not going to come and find you. So isn’t that interesting?

Smashing Interviews Magazine: Yes, and very practical. Do your children work in entertainment?

Marion Ross: They do. My daughter was a writer/producer on Friends. Her name is Ellen Kreamer, and now she’s creating a new pilot for ABC. My son, Jim Meskimen, is in a commercial right now. He plays George Washington being towed across the freeway in a boat, and it’s  for GEICO.

Smashing Interviews Magazine: I have seen that commercial!

Marion Ross: Yes! That’s Jim. That’s my son as George Washington. My children saw how hard it was to make this business work, and they’ve done very nicely. I’m very proud of the job I did.

Smashing Interviews Magazine: Looking back on your career, what are your fondest memories?

Marion Ross: I did a show in the 90s that you’ve probably never heard of and nobody ever saw. It was called Brooklyn Bridge. We did it at CBS with Gary Goldberg. I played a Jewish Polish grandmother. I mean, of all things! Here I am this Scotch-Irish girl from Minnesota, but I was very proud of that work. So that’s something. It’s also wonderful to have survived in this business. I’m now 89. I am retired, but I have had a wonderful life in this business.

Smashing Interviews Magazine: What was your last role?