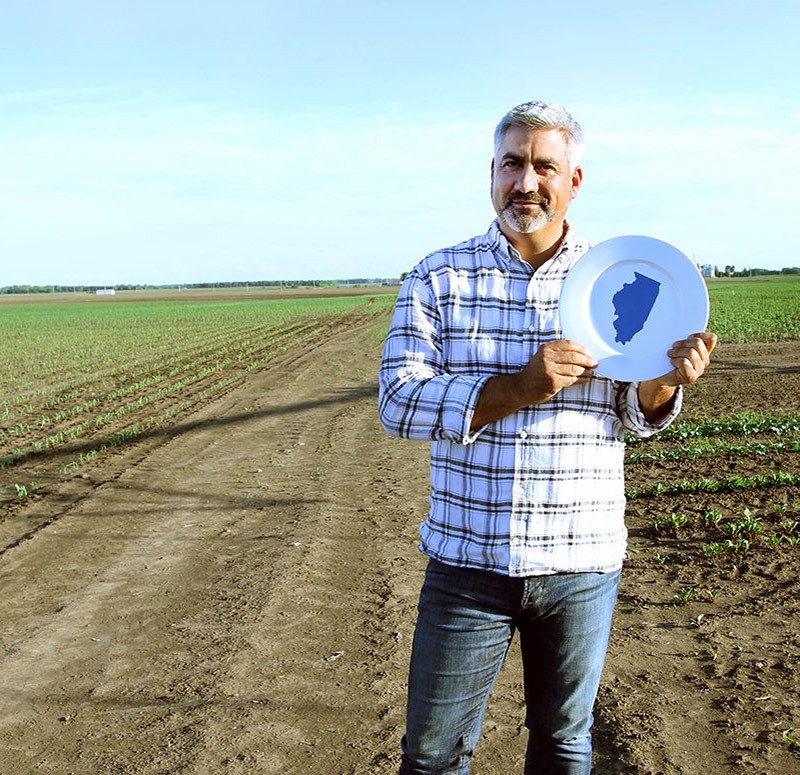 Birmingham, Alabama, native Taylor Hicks is one of the most beloved and popular American Idol winners of all time. From the start, his material on the mega-hit show set him apart, with his unique take on Country, Southern Soul, R&B and Blues. Less than three weeks after his Idol victory, his debut single, “Do I Make You Proud,” entered at No. 1 on Billboard’s Hot 100, Pop 100, and Single Sales Charts. His self-titled debut album came out in 2006, the next in 2008 was called Early Works, and in 2009, Hicks released The Distance.

In 2017, in addition to releasing a new album, his upcoming tour includes performances in Florida, North Carolina, Georgia, Alabama, Hawaii, Illinois and Minnesota. He currently stars as the host of State Plate, a new food and travel series, on the INSP network, which originally premiered in October 2016 and has been renewed for a second season.

"I had put my name in the hosting hat for a while. It just took the right concept and the right network. This was kind of the perfect storm of circumstances. Obviously, they had heard about the restaurant [I own in Birmingham], and they knew I wanted to do some hosting. So, the concept came up. It’s not like any other food and travel concept on television."

On State Plate, Hicks takes viewers on a culinary tour of each state featured, assembling a plate filled with the food most associated with each state. In the process, he uncovers the customs and cultural insights behind each state’s unique food traditions. The destinations for season two will be Mississippi, Alabama, Vermont, New York, Missouri, Iowa, Minnesota, South Dakota, Pennsylvania, Maryland, Oregon and Washington.

Melissa Parker (Smashing Interviews Magazine): Taylor, congratulations on the renewal of State Plate for a second season. Has the premiere date been set?

Taylor Hicks: We’ll start filming in spring and summer. That all takes time to edit. So, we will be able to hopefully announce the premiere date pretty soon.

Melissa Parker (Smashing Interviews Magazine): How did you become involved in the show?

Taylor Hicks: I had put my name in the hosting hat for a while. It just took the right concept and the right network. This was kind of the perfect storm of circumstances. Obviously, they had heard about the restaurant [I own in Birmingham], and they knew I wanted to do some hosting. So, the concept came up. It’s not like any other food and travel concept on television.

It sort of combines a lot of the best shows in this arena and discusses food from an educational standpoint, so the concept was perfect. It was a brand new show. I think learning how to be a host, getting my feet wet in the hosting world is something that had to happen. But, it’s a brand new show and a brand new concept. It’s a great concept and it’s educational. It’s the perfect storm, so to speak.

Melissa Parker (Smashing Interviews Magazine): Other than being educational, how is it different from other food TV shows?

Taylor Hicks: Well, for example, a barbecue angle is real regional specific. This show is not regional specific at all. If anything, it’s completely the opposite. We go to every state and talk about iconic foods. This hits everybody, and that’s something you have to consider when you’re talking about network television.

Melissa Parker (Smashing Interviews Magazine): Guy Fieri drives all around the country on Diners, Drive-Ins and Dives. That sort of has a “road trip” concept. Is Slate Plate similar to that show?

Taylor Hicks: It’s got that idea, but it also goes to the origin of where the food comes from. It’s a cross between Mike Rowe’s Dirty Jobs and Diners, Drive-Ins and Dives. We go to the farm and to the establishment, too.

Melissa Parker (Smashing Interviews Magazine): Do you speak to the people living in those areas?

Taylor Hicks: We do a lot of discussing and talking to all kinds of different folks from each state whether it’s the farmer, someone on the street or someone that lives in the town. When we go into a particular state, we try and pull out as much knowledge as we can about these iconic foods.

Melissa Parker (Smashing Interviews Magazine): Any singing on the show?

Taylor Hicks: There’s always a harmonica around. There is a musical component to the show, not necessarily always, but when the mood strikes.

Taylor Hicks: I enjoyed Maine. I guess we visited Maine at the right time between the weather and the time of year because we were able to go lobstering and talk about lobster boats. I played in Portland, Maine, a few times, but that was actually a one night and done type of thing. We actually got to visit the state for a while for the show. That was one of my favorites. And, you can’t beat blueberries and lobster.

Taylor Hicks: When I can. I’m on the road a good bit. But, I do when I have a big kitchen to cook in. Cooking is more of an all-day event for me as opposed to something quick and easy because I’m always on the road. If I’m in a big house and we don’t have anything to do, I’ll get the big idea and cook for everybody. So, yeah. It just depends on where I am and what I’m doing.

Melissa Parker (Smashing Interviews Magazine): When you have the time, what’s your go-to dish?

Taylor Hicks: It just depends. I can cook anything from fried chicken to fish. You don’t have to be a good cook. You just have to be patient. There’s definitely artistic and creative thought that goes into it. But, I think a lot of it is love and patience.

Melissa Parker (Smashing Interviews Magazine): Is there a release date yet for the new album, Taylor?

Melissa Parker (Smashing Interviews Magazine): This is your first album in about eight years. What’s the reason for the wait?

Taylor Hicks: I think it’s a combination of projects and gathering music. I’m not the kind of artist that’s going to put out a bad single every two weeks. I’m going to put out a good one and make sure it’s good. So, there were a couple of different factors coming in.

Obviously, there’s the money you need. Recording in this day and age, to do it right, still costs money. It just does. You have to find the right mix of great songs, and you have to have funding and time.

Melissa Parker (Smashing Interviews Magazine): Are you writing all of the songs?

Melissa Parker (Smashing Interviews Magazine): Musically, how is this record different from The Distance in 2009?

Taylor Hicks: It’s got a little bit more of a roots component to it. They’re still great songs. If Zac Brown and Jackson Browne had a kid, it would be me as far as the sound goes on this record. I’m really excited about the way that it sounds because it’s all me.

Melissa Parker (Smashing Interviews Magazine): Are you singing some of the new songs now on tour?

Melissa Parker (Smashing Interviews Magazine): Do you enjoy recording as much as performing live?

Taylor Hicks: They’re both one and the same. Each head space is the same for me. I love performing, and I also like getting into the production and the writing process. It’s a culmination of both. They’re both the same kind of head space, and I love them just the same. It’s not a chore or job for me. It’s a passion and love for both studio work and performing.

Melissa Parker (Smashing Interviews Magazine): You were crowned the American Idol winner in 2006. Does it bother you that you’re still associated with that show over 10 years later?

Taylor Hicks: You know, I don’t mind it at all. It’s where I came from. I’ll always be indebted to that for the big break and that was that. So, no, I don’t have a problem with it at all. I’m very happy and proud to say that I won American Idol when it was the hottest and that it was the blessing that allowed me to be in 11 years of show business since that time.

« April Ryan Interview: Veteran White House Correspondent Asserts, "We’re Not the Enemy of the People"
Malcolm Nance Interview: "Trump Is Reading Literally Fake News and Acting on It as President of the United States" »