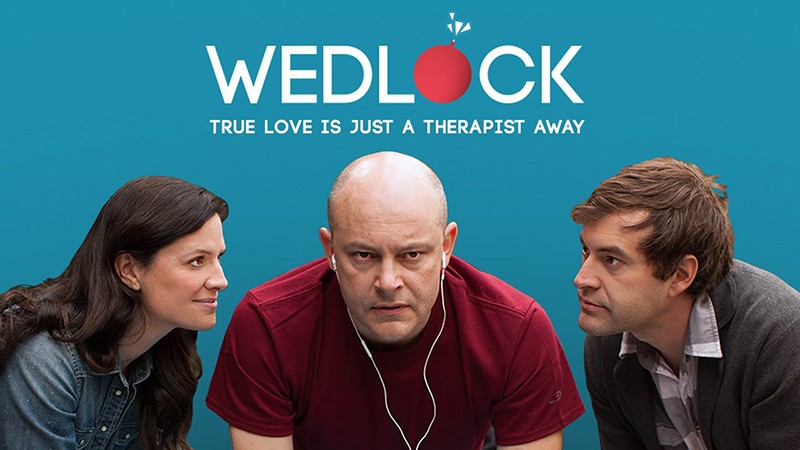 Actor, comedian Rob Corddry is known for his work as a correspondent on The Daily Show with Jon Stewart (2002-2006) and for his starring role in the film Hot Tub Time Machine. He is also the creator and star of the Adult Swim medical comedy series Childrens Hospital, for which he has won two Emmy Awards.

Corddry stars with Mark Duplass and Jennifer Lafleur in the indie web series Wedlock that premiered in its entirety exclusively on Vimeo on Demand September 29, 2014. Season six of Childrens Hospital is scheduled to begin in 2015, and the spinoff to that series, Newsreaders (that lampoons the news magazine genre), starts season two on Adult Swim October 23, 2014.

"(laughs) Oh boy, I really do love all forms of comedy, but I guess what we’re doing … like my family of comedians, the absurd yet grounded in some kind of understandable reality. That always makes me laugh like a really weird joke. It’s a hard thing to say."

Melissa Parker (Smashing Interviews Magazine): Rob, how are you today?

Rob Corddry: Very good. I love the name Smashing Interviews! It’s really cool. You don’t waste time, do you? You’re like, “We’re the best!” I love it. And I want to swim in your voice.

Melissa Parker (Smashing Interviews Magazine): (laughs) Thanks! Tell me how you became involved in the web series Wedlock.

Rob Corddry: The best way, I think, to ever become involved in anything, which is through friends, to be asked by friends that you like. I knew Ross (Partridge) the director and Jen (Lafleur) and Mark (Duplass) very well, and they asked me to do it, and I said, “Of course, I’ll do it.”

Melissa Parker (Smashing Interviews Magazine): Forcing oneself to become romantic with a best friend isn’t that unusual a premise (laughs).

Melissa Parker (Smashing Interviews Magazine): How far will your character (Dr. Jay Meeks), the therapist, go to fulfill that dream for the couple?

Rob Corddry: You see from the first episode on that you pretty much understand he’s not willing to go very far at all (without giving anything away).

Melissa Parker (Smashing Interviews Magazine): Ed Begley, Jr. appears as the doctor’s mentor. Had you worked with him before?

Melissa Parker (Smashing Interviews Magazine): What’s the day like for an actor memorizing lines and shooting a web series like Wedlock where the episodes are only a few minutes in length?

Rob Corddry: It’s funny. The line memorization isn’t ever really an issue regardless of how much time we have. It’s just something that you kind of grow accustomed to, and it just becomes this muscle. It took a week. We just shot it in a week, six days I believe, which was about the standard time of shooting something like this.

That’s how long it took to shoot the first season of Childrens Hospital which was also a web series at the time. It’s just a full day. That’s a full day of about eight pages a day.

Melissa Parker (Smashing Interviews Magazine): It appears that Vimeo and the other video-sharing websites where users can download and share videos are the future of television. Do you think that’s a good thing?

Rob Corddry: Yeah. I do, if that is the case. I think it is really too early for us to know exactly what the final result of all this model shifting will be, but I am for any version of it in terms of consumption and in that it always gives the creators more freedom. Even networks are doing it as well.

Smaller networks like FX or IFC are doing it. They’re just giving it over to the creators and saying, “We bought the show. You make it the way you want to make it.” That is the model that I am excited about becoming more of the standard.

Rob Corddry: I always do. I always fit it in.

Melissa Parker (Smashing Interviews Magazine): (laughs) You really never intended for that web series to be on television.

Rob Corddry: No. I didn’t think there was an audience for that kind of comedy on television because you hadn’t really seen it before, the absurd, like really absurd comedy. I thought that the web was really the only place for it, especially the shorter format, because I did believe and still do believe to some extent that with absurd comedy, the shorter the better.

I’m kind of fond about calling Adult Swim the Internet of TV. They really embrace the shorter format, so we were able to do fifteen-minute episodes. I can tell these stories in fifteen minutes.

Rob Corddry: It would be very difficult to only come up with absurd medical stories for sure which is why the setting has just become that, the place where these people live and work. I don’t think for many seasons we’ve been just a parody of a medical drama because that well is pretty shallow. Now if we’re a parody at all, it’s more of a parody of all television or movies or even storytelling in general.

We do what is called “lampshading.” I just, by the way, learned that’s what we do where it’s almost like the audience inherently knows the story convention that we’re shipping over, and it’s almost like we’re sort of hanging a lampshade on it, but it’s intentional because it’s funny. The most obvious example would be, “Well, that wraps everything up in a neat little bow, doesn’t it? Yeah. We’re great. The end,” which we definitely resort to every once in a while (laughs).

Rob Corddry: Definitely. We’re talking about it now more in earnest than we have in the past. No idea what it will be only that it will be these characters. That’s where we are. If you have any ideas, I’m all ears (laughs).

Melissa Parker (Smashing Interviews Magazine): I’ll be sure to let you know (laughs). You’ve also got the second season of Newsreaders starting soon?

Rob Corddry: Thursday, October 23, I believe. Boy, I am bad at this stuff. If you wouldn’t mind fact checking that for me, that would be great. Believe it’s the 23rd at midnight on Adult Swim. It’s great. It’s so good. We really figured out how to do that show.

Melissa Parker (Smashing Interviews Magazine): My middle name is “fact checker,” so not a problem (laughs).

Rob Corddry: (laughs) Oh boy, I really do love all forms of comedy, but I guess what we’re doing … like my family of comedians, the absurd yet grounded in some kind of understandable reality. That always makes me laugh like a really weird joke. It’s a hard thing to say.

You know what I laughed at most lately just so I can give something close to a satisfying answer to this question? The latest film by Seth MacFarlane, A Million Ways to Die in the West, made me laugh so much. I’m a huge fan of Seth’s, and he and Charlize Theron just do a standup routine on how crappy the west was (laughs). It’s really funny, really unexpected jokes. That’s what makes me laugh, when I can be fooled. I like being fooled where I think it’s gonna go.

Melissa Parker (Smashing Interviews Magazine): Is everybody back on Hot Tub Time Machine 2 except for John Cusack?

Rob Corddry: That’s right. Everybody’s back. We’ve added Adam Scott to the mix because we go in the future, and Adam plays Cusack’s son in the future.

Melissa Parker (Smashing Interviews Magazine): How far into the future, a hundred years?

Melissa Parker (Smashing Interviews Magazine): Guess I fell right into that one (laughs). Wasn’t your earliest ambition to become a writer?

Rob Corddry: When I was growing up, that’s what I wanted to be. I wanted to be a writer, and I enjoyed acting in high school. I only started in my senior year because I had to wait until a bunch of guys graduated that I couldn’t stand. I got into it, and then I did it in college, and that’s when I decided I wanted to be an actor.

Finally, it’s weird. I thought I was a good writer, but this was something I responded to more. It wasn’t until I got my Writer’s Guild card when I said, “Oh my God! Wait! I’m a writer, too! Hey, that’s great! I did it!” I guess that was my childhood dream, but it’s hard to consider yourself … it’s a big transition in becoming a writer and considering yourself a writer. It’s a wide gap.

Melissa Parker (Smashing Interviews Magazine): Are you writing any new shows that you can talk about?

Rob Corddry: I wouldn’t be able to talk about them only because they’re not really fully formed. I’ve got some time right now. I shoot an HBO show Ballers. I start that in late November, so I have that on the books. I’m just taking it easy for a month or so. I say that I’m going to go in my office and write, but really I just put up my fantasy football lineups.

Melissa Parker (Smashing Interviews Magazine): Rob, I enjoyed the chat and look forward to all of the projects.

Rob Corddry: Thanks, I did, too. That was a smashing interview!

« Lea Thompson Interview: "I Have to Remind Myself 'Dancing with the Stars' Is Not Life or Death"
Ed Asner Interview: "I Figured Wrongly That All White Actors Were Racists" »