Malcolm McDowell Interview: Storied Actor Has One Hell of a Time in 'Suing the Devil' 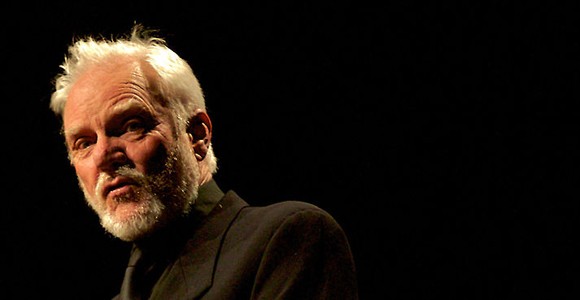 Malcolm McDowell’s illustrious career spans over four decades, and the British actor was recently honored with a star on the Hollywood Walk of Fame. The prolific thespian is primarily known for his roles in the controversial films If…., O Lucky Man!, A Clockwork Orange and Caligula.

A Clockwork Orange, taken from the Anthony Burgess novel of the same name, was released 41 years ago, written and produced by Stanley Kubrick and was banned in Britain for decades because of the almost comic depictions of rape and violence set to an upbeat classical and pop music score. The film chronicles the horrific crime spree of delinquent hoodlum Alex DeLarge (McDowell) and his small band of thugs, his capture and attempted rehabilitation via controversial psychological conditioning.

"The devil is a figment of an imagination. There is no actual physical description. The devil is, of course, cunning and comes in many different forms. But, I didn’t take him from the Bible, really. The interesting thing is that I’m not even playing my interpretation of the devil. I’m playing somebody else’s interpretation … the lead character who dreams me."

McDowell won great acclaim for the role of Alex (nominated for a Golden Globe and an award by the New York Film Critics Circle in the category of Best Actor). His long list of film appearances also include Cat People, Britannia Hospital, Blue Thunder, Island of the Dead, I Spy, Between Strangers, The Company, Bobby Jones: Stroke of Genius, In Good Company (uncredited), The List, Halloween, Doomsday, Halloween II, The Book of Eli (uncredited), Barry Munday and 2011 multiple Oscar winning film The Artist.

The versatile actor recently played Satan in the Christian comedy-horror film Suing the Devil, as the Prince of Darkness finds himself in court after being sued by a down-and-out law student for $8 trillion. The film was released nationwide On-Demand April 6, 2012.

McDowell has five children and became a grandfather January 2012 when daughter Lilly gave birth to a girl, Clementine Mae. 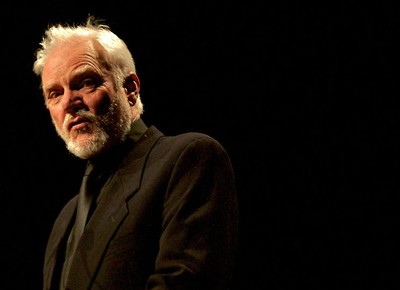 Melissa Parker (Smashing Interviews Magazine): Congratulations on getting your star on the Walk of Fame. I don’t understand why it took so long.

Melissa Parker (Smashing Interviews Magazine): How did you become involved in Suing the Devil?

Malcolm McDowell: I was sent the script by Tim Chey, the author and director, and he wanted me very much to play the role. The film was made for very little money, so it was basically a “take it or leave it” type of thing. Tim couldn’t make it any other way, so I just thought, “You know what? I love the script.” I wanted to do it, and it was a great part. So, that’s why you see my name on it as a producer. It just means they didn’t have the money to pay me.

Melissa Parker (Smashing Interviews Magazine): According to the Bible, Satan rebelled against God, and some people believe Satan wants them to follow his evil ways. Did you base your portrayal upon any of these teachings?

Malcolm McDowell: No. The devil is a figment of an imagination. There is no actual physical description. The devil is, of course, cunning and comes in many different forms. But, I didn’t take him from the Bible, really. The interesting thing is that I’m not even playing my interpretation of the devil. I’m playing somebody else’s interpretation … the lead character who dreams me.

I’ve got kind of a double thing going on. I’ve got to play the thing I feel he would dream. So, in a certain sense, it is a caricature. But, he’s got to be dangerous … he’s got to be all those things you associate with evil. You know, evil is very seductive and without evil, there is no good, and vice versa.

Melissa Parker (Smashing Interviews Magazine): Are you a religious person?

Malcolm McDowell: Well, I believe in God of course. I’m not into organized religion in any particular way. But, certainly I’m a believer, yes.

Melissa Parker (Smashing Interviews Magazine): Your daughter, Lilly, appeared in the film also. Does she ask for acting advice?

Malcolm McDowell: No. She just announced one day she was going to be an actress. I said, “Oh my God. Why? Why would you want to do that?” She said, “Dad, it’s your fault.” So, there you are. That was that. But, I’m very proud of her. She’s a wonderful girl. I just became a grandfather for the first time, so she’s busy doing that right now. Motherhood is the best part of her life.

Malcolm McDowell: He is. He gets to direct his first film in late summer. I’ve very proud of him also.

Melissa Parker (Smashing Interviews Magazine): I can’t believe that it has been over 40 years since A Clockwork Orange was released.

Melissa Parker (Smashing Interviews Magazine): Do you think the film is just as fresh and relevant today as it was in 1971?

Malcolm McDowell: I think the relevance has changed, but it’s still relevant. I think the message is very political today more than it was when it came out. When it came out, everyone was obsessed with the violence of it, which I thought was really weird because on our televisions every day in the news you saw bodies being blown apart in Vietnam. There can be nothing more violent than that. That was right in our living rooms.

I think A Clockwork Orange is such a stylized piece and the violence is sort of psychological in a way. That’s the brilliance of it. Also, it has never really dated. That’s what is amazing about it. But, it has changed. The emphasis on the violence is really not relevant anymore. What people do find, which I’m thrilled about, is the comedy in the piece, the humor that got lost because it was so shocking when it came out. The look and everything was so unique and so new. It was the first time ever being seen that people just sat there in stunned silence. I think now the kids that see it just roll about laughing. It’s amazing. They’re reacting to the film that I thought that I made.

Melissa Parker (Smashing Interviews Magazine): You were injured several times during the filming. Is that disconcerting to an actor who just has to “suck it up” and continue?

Malcolm McDowell: Well, it’s not pleasant, but actors all have the same attitude – the show must go on. So, it doesn’t really matter. If you’ve got a broken leg, you’d limp around and pretend that it’s fine. You just get on with it. You don’t dwell too much on that. Yes, it was uncomfortable, but who cares about that 40 years on?

I barely remember that, but I remember some of the great sequences of the movie. By the way, in one sequence where I’m wearing these weird things called lid locks in my eyes to keep them open without blinking, I scratched my corneas on those things, but nobody cares about that now when they see it. Everybody squirms in their seats because it’s still a horrendous thing to look at. But, Kubrick was right. He was right. He needed that shot. He needed it.

Malcolm McDowell: I felt betrayed. It’s as simple as that. It was utter betrayal because I’d made one movie and Bob Guccione went and added porn later on. It was shocking. Do I regret doing it? I don’t know. Probably not. I mean, it gives me a chapter when I write my book, so I really can’t complain too much. It paid me a lot of money, and I got to work with Peter O’Toole, John Gielgud and Helen Mirren who I love dearly. Listen, we had a year in Rome. It was fun. Good food. I can’t complain too much.

Melissa Parker (Smashing Interviews Magazine): Over your very illustrious career, has there been a role that you wanted to play, but lost it to another actor or never had the chance to audition?

Malcolm McDowell: No, because if you’re a professional actor, you can’t have any envy about that kind of stuff because you know you’re going to be beaten out every time by a flavor of the month or whatever it is. So, if you have an attitude about that, you don’t need to be an actor.

You’d better be pleased for everybody that makes it because it’s so damned difficult. Any of my contemporaries that get a great part, I’m happy for them. We’re all unique in our way, and we all have a different take on it. I would do it very differently from them, but they have the way they do it, and that’s unique to them. So, you can’t complain.

Melissa Parker (Smashing Interviews Magazine): I read that you had been waiting 20 years to make The Monster Butler.

Malcolm McDowell: I am very excited with shooting in Scotland based on a real character named Roy Fontaine who was a con man and one of the world's great thieves who, in his 50s, suddenly became a serial killer. He killed five people in as many months.

I’ve always been sort of obsessed with this character because the people who knew him said he could’ve been a captain of industry, a politician or whatever he wanted to be. I’m not really interested in why he did what he did. He did what he did. That’s it. End of story. But, I think it will make a great movie.

Malcolm McDowell: Oh my God, I’ve got so many things. I’m in Winnipeg shooting at the moment. I’m going to be doing a Broadway play in the fall. I don’t think it has been announced yet, so I can’t tell you what it is. But, it’s something pretty significant.

Melissa Parker (Smashing Interviews Magazine): It will be great to see you as the good guy in the Silent Night, Deadly Night remake, chasing that killer Santa!

Malcolm McDowell: Yes, and that’s next in Winnipeg. I’m looking forward to that.

Malcolm McDowell: That’s what I’m doing right now … being covered in eggnog. It’s fun actually (laughs). I’ve got three small boys. My other two children are grown, but the three small boys are so dying to see Home Alone that just to do it for them is enough.