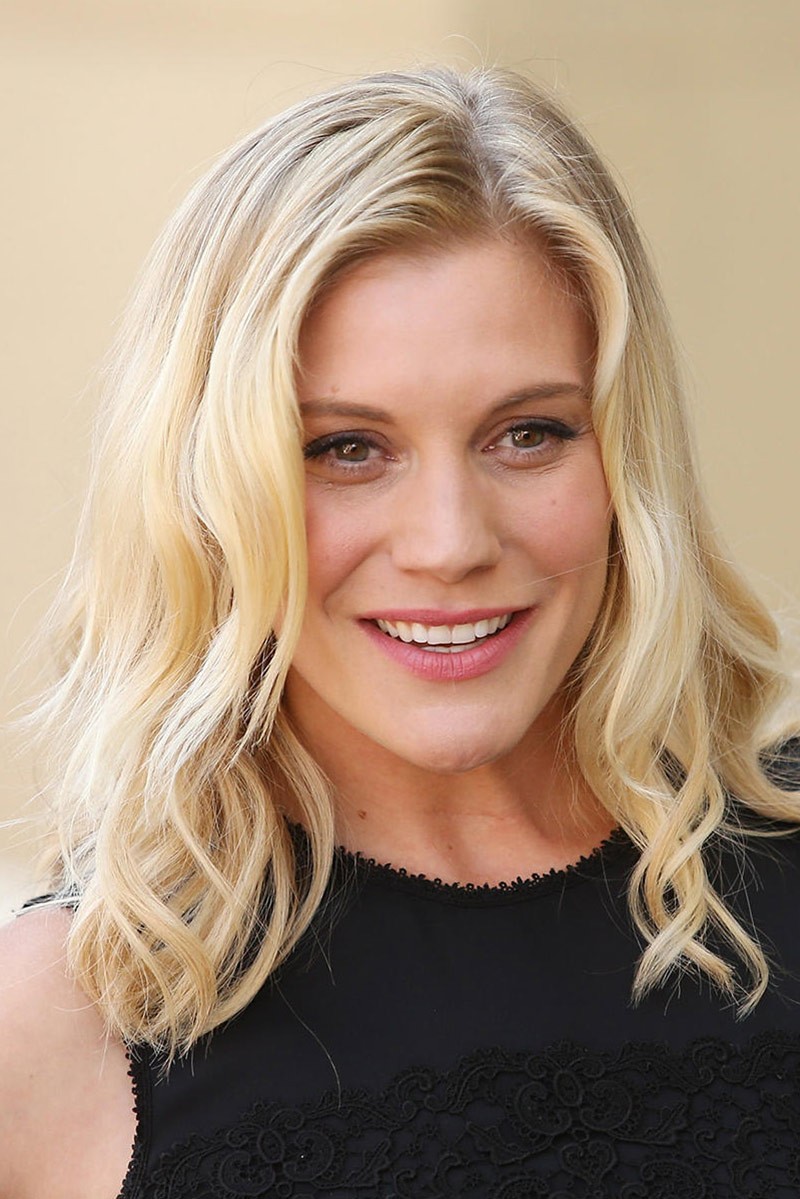 Katee Sackhoff is known for playing Lieutenant Kara “Starbuck” Thrace on the science fiction TV series Battlestar Galactica and as Victoria “Vic” Moretti on the western crime drama Longmire. She had a lead role in the eighth season of 24 as Dana Walsh and appeared in The Fearing Mind, The Education of Max Bickford, Bionic Woman, Nip/Tuck and Star Wars: The Clone Wars, among others. In 2017, Sackhoff joined the CW series The Flash in the recurring role of villainess Amunet. She also has been cast to star in the upcoming space drama Another Life, which has been ordered straight-to-series at Netflix.

Film appearances include Halloween: Resurrection, White Noise: The Light, Batman: Year One, The Haunting in Connecticut 2: Ghosts of Georgia, Sexy Evil Genius, Riddick, Oculus, Don’t Knock Twice, and she stars in the sci-fi thriller 2036 Origin Unknown, which will be available in select theaters and VOD on June 8, 2018.

"The first autograph I ever gave was to my dad’s best friend, which he still has, and it was because I was convinced I was going to be a famous swimmer."

Katee Sackhoff: I loved this script. I loved the idea that I needed to read it a couple of times to really grasp what was going on and how smart it was. It was just so well written, so thoughtful and constructed in the way that it’s one movie for so long, and then you realize the entire time, it was something completely different. It takes you on an emotional journey and then punches you in the face. I love that.

Katee Sackhoff: I know, and you can imagine reading the script. I had to read it four or five times before I talked to the director because I needed to know that I knew what was really going on. I loved that about it. I love the fact that you watch it one time, and then you can go back and watch it again and see it with a completely different set of eyes.

Melissa Parker (Smashing Interviews Magazine): There’s also a family dynamic to it, which was interesting.

Katee Sackhoff: It’s one of the other things that drew me to the film. I love that everyone can identify with Lena and Mack, everyone who has siblings. I like that Mack was her own worst enemy and that she’s her own worst enemy within her family unit, then again at work and also within her own self because the entire movie is knowing what you know is a big psychological experiment sort of brought upon by Mack. So she has that turmoil within herself as well.

Melissa Parker (Smashing Interviews Magazine): Is this the first time you’ve had the majority of your lines with…

Katee Sackhoff: With nothing? (laughs) Yeah. We shot this movie in seven days, and it was fast and very calculated ahead of time. There was nobody there. I mean, there was nothing there. It was me just staring at the ceiling with the director figuring out where he would be, what would inspire him to be there and his moves and everything. The only guidelines I had was that there was a track in the ceiling, and I knew A.R.T.I. had to stay on that track. Other than that, A.R.T.I. could go anywhere. So I just sort of started moving him around the room, and if he stayed in one spot for too long, I would just start talking to another spot on the ceiling.

They did hire an actor, a voiceover actor, to read the dialogue with me who was over with the director off camera, and he was on a microphone. So it just reminded me of Are You There God? It’s Me, Margaret (laughs). I felt like I had a million people in my head because I was alone in a room for a week and a half.

Melissa Parker (Smashing Interviews Magazine): I kept thinking that must be pretty creepy for you as an actor (laughs).

Katee Sackhoff: (laughs) It is a little bit. But at this point in my career, nothing freaks me out too much.

Melissa Parker (Smashing Interviews Magazine): I also kept thinking about Elon Musk saying that he’s scared of Artificial Intelligence. How do you feel about it?

All of these things that make life easier, I think, are amazing. But I think the accessibility to people and the emotional turmoil that social media and that connectivity is bringing to our society is a dangerous, dangerous thing.

Melissa Parker (Smashing Interviews Magazine): Do I understand that you wanted to pursue a career in swimming?

Katee Sackhoff: I did, yeah. That was the plan. The first autograph I ever gave was to my dad’s best friend, which he still has, and it was because I was convinced I was going to be a famous swimmer. It was funny because he just came up to me at Christmastime, and I signed my first real autograph for him on a headshot for him as well. It was like, I’ve moved off post-its, and now I’ve actually gotten a picture or something like that. It’s so old, the ink was gone. But you could see the indent of the pen on the picture, and so I wrote it again 25 years later, which is really funny.

But he still has that post-it note that I signed because I thought I was going to be an Olympian. That was my goal in life, and then I got hurt and had to find a new path in life. I don’t know what possessed me to do this, but it worked out (laughs).

Melissa Parker (Smashing Interviews Magazine): Indeed, it did. Your first role was in a Lifetime movie called Fifteen and Pregnant?

Katee Sackhoff: It was my first role, and I was 17 when we did that movie. I’d done theater and things before that. But my first role in film was that. It gave me my career. The director from that movie convinced my mom that there was something about me and convinced her to bring me to Los Angeles. My mom came with me, and she introduced me to my agent who is now my manager and my lawyer. That director, Sam Pillsbury, who directed the Free Willy movies, gave me my career. He literally handed it to me, and I only had two scenes in that movie. I don’t know what possessed that man, but he’s responsible for my foot in the door a hundred percent.

Katee Sackhoff: I play a woman named Nico Breckenridge who is a commander of a spaceship, and there is a signal that the ship is falling out in space trying to determine its origin and save earth basically. Nico has been commanded to leave her eight-year-old and husband to lead a young crew on a mission that is most likely a one-way mission.

Katee Sackhoff: It’s a little bit more alien than Lost in Space, but yeah, it definitely has that sort of searching for something. But our show is not sleek and pretty at all. The space station looks like the space station. Everything looks very current as far as our space programs are concerned.

Melissa Parker (Smashing Interviews Magazine):Battlestar Galactica still has a huge fanbase. How do you explain its lasting popularity?

Katee Sackhoff: I think the show is actually more successful now than it was when we were on the air. I have more fans now from Battlestar. I think the reason is the theme of Battlestar is everything happens again. This too shall happen again because human beings, while we like to think that we evolve and grow, we make the exact same mistakes over and over again. The show is so present day and so current because we are making the exact same mistakes that we were making 15 years ago. That’s why the show still matters, and sadly, why it probably always will.

Katee Sackhoff: Right now, it’s just focusing on Another Life. I’m a producer on it and taking that very seriously, so I’m finding myself in Toronto a lot in the writer’s room. It’s an actor’s dream come true to sit in the writer’s room and be on the ground floor when decisions are being made about your character.

Katee Sackhoff: The Acting Outlaws is a charitable arm that Tricia Helfer and I started about 15 years ago to marry two things that are important to us that matter and that we enjoy, which is riding motorcycles and being philanthropic. So we figured, what better way to raise money for underfunded and forgotten charities than to make a lot of noise on a motorcycle. That’s what we’ve done.

We’ve lent our time, our voices and our motorcycles, if you will, to raise a lot of money for charities. It’s something she and I really love doing and have in common. We learned from a very early time in our introduction to each other that we’re cut from a very similar cloth, for sure.