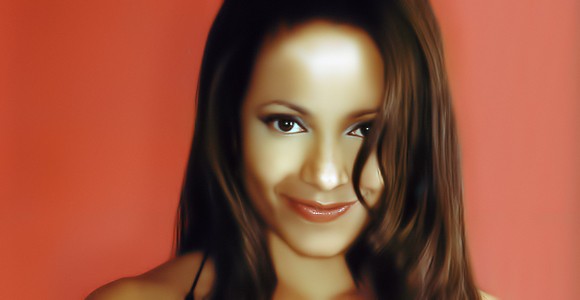 A native of the Bronx, actress Judy Reyes is best known for her portrayal of nurse Carla Espinosa from 2001-2009 in the television comedy series Scrubs. She is currently starring with Esai Morales in Gun Hill Road as the independent film premieres on January 24 at the 2011 Sundance Film Festival.

Gun Hill Road is the story of macho ex-con Enrique Rodriguez (Morales) who returns home to the Bronx and to his estranged Latina wife Angela (Reyes) and his 17-year-old sexually confused son, Michael (newcomer Harmony Santana), who is coping with his new sexual identity as a woman which includes hormone and silicone injections, wigs and make-up — all of which put the fragile bonds of their embattled family to the test.

"Oh absolutely. I’m so familiar with the hood it’s not even funny. Driving into that neighborhood every day, I would pass the local church where I grew up on my way to location so it brought back very fond memories."

Reyes’ other film credits include Martin Scorsese’s Bringing Out the Dead, the independent film Went to Coney Island on a Mission from God, Be Back by Five, Washington Heights, and Taino, a short film she acted in and co-produced with her husband. Television appearances include Castle, The Sopranos, Third Watch, Medium, Strong Medicine, 100 Centre Street, and NYPD Blue.

The actress has a daughter, Leila Rey Valencia (born November 27, 2009) with her boyfriend, writer/producer/director George Valencia.

Judy Reyes: It actually isn’t my first one. I’ve done quite a few. My very first on camera job was an independent feature called Jack and His Friends with Sam Rockwell more years than I ever care to mention ago. I’ve also produced an independent film so I’m very familiar with that environment. 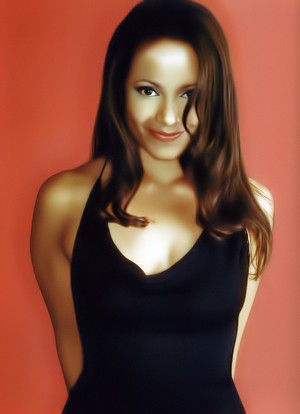 Melissa Parker (Smashing Interviews Magazine): What about the Sundance Festival?

Judy Reyes: That will be my first trip to the festival. I am excited and nervous at the same time.

Melissa Parker (Smashing Interviews Magazine): I read there were many entries this year with ties to New York.

Judy Reyes: Oh, are there? I didn’t know.

Judy Reyes: The film is about a man who is finishing a three-year sentence in prison and is returning to his old neighborhood, to his old street (Gun Hill Road) and to his wife and child. He is devoted to living a straight life and thinks he can reclaim his place in the family and the life he was used to, but he finds that everything is different.

His wife is estranged and his son is going through some severe changes that go along with growing up and has a real challenging sexual transformation, a sexual identity crisis for lack of a better term, which is shaking up the whole family. I play the mom. She’s working really hard to remain loyal to her husband and be supportive of her son whose issues she’s trying to understand as well.

Melissa Parker (Smashing Interviews Magazine): She’s basically trying to be a buffer between the dad and the son.

Judy Reyes: Yeah and also to be a woman throughout the whole journey as well.

Melissa Parker (Smashing Interviews Magazine): The son, Michael, comes out as a transgender woman. Does he have the surgery also?

Judy Reyes: Without giving everything away, he experiences his own identity crisis and the choices he’s making in terms of which path to take. He’s trying to relate to a father who has never been around, garner some understanding from his mother, and having all of that turned upside down upon his father’s return. It’s primarily the struggle between father and child, trying to find a place for that relationship.

Melissa Parker (Smashing Interviews Magazine): The director, Rashaad Ernesto Green, actually pulled the story from experiences within his own family.

Judy Reyes: Yes and I think that’s what made the script more powerful when I read it. It is in so many ways a coming of age story, but through the real life person on whom it’s however loosely based, you just get the sense that there is a real genuine human struggle there for all of the people in the family; the son, the father and husband, and the mother and wife.

Melissa Parker (Smashing Interviews Magazine): The film was shot in the Bronx?

The street can go from a really (pardon my language) shitty neighborhood to a really nice neighborhood. Going back there and shooting actually really did a lot of the character work for us. It created that certain swagger, you know? It’s the body language … kind of gets you going in that direction.

Melissa Parker (Smashing Interviews Magazine): I’ll bet shooting at that location brought back fond memories of your childhood there.

Judy Reyes: Oh absolutely. I’m so familiar with the hood it’s not even funny. Driving into that neighborhood every day, I would pass the local church where I grew up on my way to location so it brought back very fond memories.

Melissa Parker (Smashing Interviews Magazine): You were on Scrubs for 8 seasons. Do you miss the daily grind of a television series?

Judy Reyes: I look back at my days on television very fondly because they were good to me and I had a wonderful time. I love the show. I’m very proud of it and the work. But I’m very happy where I am because I’m ready for more challenges.

When I dreamed of ever being on a TV show that’s exactly the kind of show I wanted to be on. It was great to laugh and to have fun. Every single moment was a joy.

Melissa Parker (Smashing Interviews Magazine): Do you miss the laughter the most?

Judy Reyes: Oh, the laughter absolutely! Not only that, but actually making other people laugh was great. I was blessed to do a well-respected TV program, the kind I would want to watch.

Judy Reyes: Yes, I have an older sister who’s a nurse practitioner. She’s actually back in college to get her RN. I have a twin sister who is an MSW and also an actress and I have a younger sister who does all kinds of things.

Melissa Parker (Smashing Interviews Magazine): Do people have a hard time telling you and your twin apart?

Judy Reyes: No, we’re actually fraternal twins. We stopped looking alike in the 5th grade and now as we’re past our 4th decade of existence, we’re starting to look alike again so maybe that will happen yet (laughs).

Melissa Parker (Smashing Interviews Magazine): You two didn’t have the chance to play practical jokes as twins on unsuspecting strangers?

Judy Reyes: No, we weren’t that lucky to be able to be the identical ones, but maybe that’s why we became actresses (laughs).

Melissa Parker (Smashing Interviews Magazine): You wanted to become an actor from an early age?

Judy Reyes: I didn’t or maybe I didn’t know that I did. My twin sister did want to be an actress when she was about 10 and then she just dropped it in high school. I was always in love with films and television but I didn’t know that’s what I wanted to do until my late teens or early 20s. But once it just clicked for me there was no turning back.

Judy Reyes: No, it was actually just doing talent shows with my mom and her church and stuff like that. When I went to college I knew what I wanted to do no matter what. When you’re growing up you have these illusions of the so-called glitz and glamour of what it takes and all, but I see it as a craft. Part of it is a gift and talent, but talent and a token will get you on the subway, you know what I mean?

Acting is a craft. It’s something you can hold and build on and perfect. It just excited me to the point where I would get so emotional. The more I learned about it the more excited I got and I just wanted to be a part of anything that had to do with acting. What is that saying? “You find something you like and you’ll never work another day.” That’s how I feel so I’m pretty lucky.

Judy Reyes: I actually worked on that film before I did Gun Hill Road. It stars Christian Slater and Eva Longoria and it’s called Without Men. It’s also an independent film set in an unspecified Latin American town in an unspecified time long ago.

The film is about a town where all of the men are either killed or they’ve been taken off to war. The women learn to do for themselves and understand their sexual identity in a town without men until they come back. It’s kind of a comical satire.

Melissa Parker (Smashing Interviews Magazine): Has Without Men been released?

Judy Reyes: Not that I know of. We’re still waiting to hear on that one.

Melissa Parker (Smashing Interviews Magazine): What would you say to her if she wanted to enter the acting profession?

Judy Reyes: I couldn’t say anything but “Go for it.” I’d then cross my fingers that she stays open and enjoys the process. I’ve seen what it has done to me at those times when I get discouraged and I’ve also seen what it has done to me in those times that I’ve done well and it’s a hard thing to balance. But it can be done, you know what I’m saying?

Of course, I might say, “Are you fucking crazy? This is the worst thing you could get into!” You know what I mean? You just have to hope she doesn’t run into a wall … famous last words.

Melissa Parker (Smashing Interviews Magazine): What advice would you give her about being happy in life?

Judy Reyes: Use what works. What doesn’t work get rid of it. Whatever works use it and what doesn’t just throw it away. That changes throughout your life so you say, “Where was that thing I put away? I need that now. I’ve got to get a new one!” Advice is a really hard thing to dole out at will. Some people say, Acting is great but you need a back up plan. With your children you don’t want to do the tough love thing, you don’t want to talk too much as a parent and mess up their heads. Truly just walk the walk and talk the talk.

Melissa Parker (Smashing Interviews Magazine): What’s next for you, Judy?

Judy Reyes: I’m exploring some creative opportunities with George Valencia who is my boyfriend and baby girl’s father, and also a filmmaker. I’m just taking the bull by the horns and creating.