Jennifer Beals Interview: Probing for "Proof" of an Afterlife 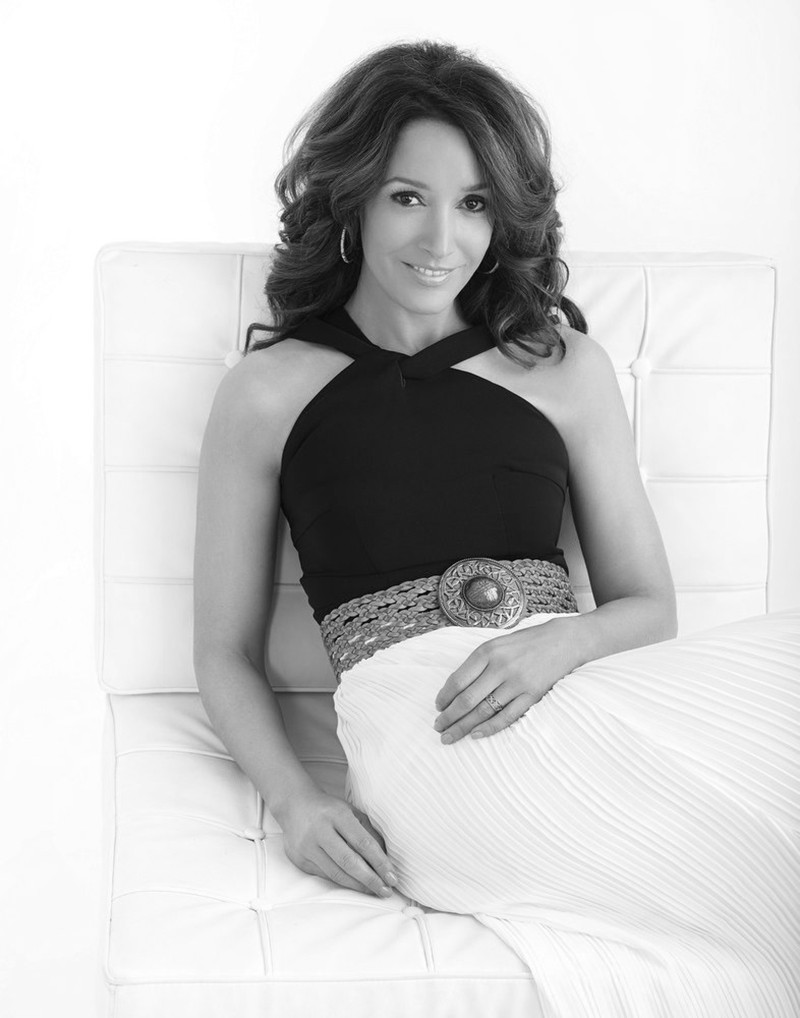 Jennifer Beals is known for playing the role of Alexandra “Alex” Owens in the 1983 romantic drama film Flashdance in which she won an NAACP Image Award and Bette Porter on the Showtime series The L Word (2004-2009). She is bi-racial; her father was African American, and her mother is Irish American.

Film roles include My Bodyguard, Vampire’s Kiss, Day of Atonement, The Thief and the Cobbler, Four Rooms, The Prophecy II, Runaway Jury and Cinemanovels. Television appearances are The Outer Limits, The Hunger, Frasier, Law & Order, Lie to Me, The Chicago Code, Castle, Lauren and Motive.

"I have tremendous faith that there is something beyond this. Even when I look at the natural world and see a young blade of grass poking between the cracks in the pavement, I have a great belief that our energy goes on, perhaps not in human form but in some form that we can’t understand. I am not so egoic to presume that I know what’s going to happen, because I think if we presume to know everything, it really means that we stopped asking questions, and that, to me, is a true death."

Melissa Parker (Smashing Interviews Magazine): Jennifer, how are you today?

Jennifer Beals: I’m good. Where are you from? You have such a beautiful accent!

Melissa Parker (Smashing Interviews Magazine): Thank you. I’m in Birmingham, Alabama. Are you enjoying your role as Dr. Carolyn Tyler on Proof?

Jennifer Beals: Oh my God! I love it! Every day was a gift and you learned something new. It really has been exciting.

Melissa Parker (Smashing Interviews Magazine): I found the show interesting in the fact that it doesn’t try to preach on what everyone should believe about life after death.

Jennifer Beals: I like that also, that it doesn’t presume that there’s an afterlife. Carolyn wants so desperately to believe that there is, but she’s not going to believe at the expense of her science background. She needs to have proof. The advantageous thing about being a skeptic is that you’re always trying to improve your own theory, but that you have to adhere to what you believe are the facts.

Melissa Parker (Smashing Interviews Magazine): What interested you about the script enough to audition for the role?

Jennifer Beals: One of the things that interested me the most was that you have this person, Dr. Tyler, who has this caustic sensibility, this caustic sense of humor, who’s obviously in a tremendous amount of pain after the tragic loss of her son, and the way that she deals with that grief is by throwing herself into work as thoroughly as she possibly can. Then this person is given the opportunity to take this journey of exploration toward finding an answer to a question we all face, and it becomes this deeply personal and emotional journey for this caustic cardiothoracic surgeon as she goes searching for answers about her son.

Jennifer Beals: She’s absolutely fantastic! Kyra’s really great with story, and it’s exciting to see. When I auditioned, I read with her, and she just threw the ball right over the plate. It was fantastic. She’s really warm, wonderful and smart.

Melissa Parker (Smashing Interviews Magazine): I was thrilled to see that Joe Morton joined the cast as I’m a Scandal fan.

Jennifer Beals: He’s great. Let me tell you a story about that. Joe was in the hotel, and we’re shooting the pilot. I got off the elevator, and Joe was there. I said, “Joe Morton! Hi, my name is Jennifer Beals. I’m such a big fan of yours. I’m so happy to meet you.” He said, “Well, you know I’m going to be working on your show.” Nobody had told me he had been cast (laughs). I said, “You have just made my day!” I am so excited. Every day I get to work with Joe, it’s like going to acting class. It’s really fun.

Melissa Parker (Smashing Interviews Magazine): I believe you worked with Matthew Modine in a film (The Rocking Horsemen)?

Jennifer Beals: Yes. I’ve worked with Matthew before, and it’s really wonderful because I feel that every time we get to work together, it’s very easy. It feels very easy because I trust him, and I know he trusts me. We have each other’s backs for sure. I think we came up in the world in a very similar time, and we have a different cultural lexicon in a way. It’s fun to connect with that. Matthew’s just so delightful and so wonderful as the character of Ivan Turing. I feel that we’re so lucky to have him in that part.

Melissa Parker (Smashing Interviews Magazine): Do you personally believe that there is something else after we die?

Jennifer Beals: I have tremendous faith that there is something beyond this. Even when I look at the natural world and see a young blade of grass poking between the cracks in the pavement, I have a great belief that our energy goes on, perhaps not in human form but in some form that we can’t understand. I am not so egoic to presume that I know what’s going to happen, because I think if we presume to know everything, it really means that we stopped asking questions, and that, to me, is a true death.

If you stop asking questions, then you are starting to die prematurely. It’s our ability to question that makes our lives more vibrant. I think we all wonder if we’re going to see our loved ones again, and I don’t know what form that may take, but I do have a tremendous amount of faith. But I’m not going to know until I die (laughs). No matter what your race, religion, nationality or gender, you’re still not going to know until you die. Even if you’re the greatest physicist in the world, you still won’t know until you die.

Melissa Parker (Smashing Interviews Magazine): There has been so much in the news lately about a shortage of female directors and leading roles for women in Hollywood. What are your thoughts?

Jennifer Beals: Well, I think TV is where you have your opportunities, and I do think there’s a shortage of female directors. That I’ve certainly seen and writers as well. But as far as actors go, you go to television if you want to find a strong female character. That’s where you go because by and large they’re not in most of the films. Most films these days are these big tentpole movies. Those are the ones that studios seem to be putting their money in these days. Other than maybe Black Widow, there are not a lot of strong female characters.

Melissa Parker (Smashing Interviews Magazine): Any other projects you’d like to discuss?

Jennifer Beals: I finished a film called Manhattan Nocturne with Adrien Brody that I think will be a very interesting film, and I’ve been working on environmental health issues. There’s a bill that’s in the House right now that could rewrite the Toxic Substances Control Act of 1976, which is just useless in protecting our environmental health, and it looks like the House has maybe cracked the code. I’m hoping that passes and will do whatever I can to be helpful.

Melissa Parker (Smashing Interviews Magazine): Some actors say that their favorite role is the one they are doing now. How about you?

Jennifer Beals: I don’t always feel like my favorite is the one that I’m doing now, but the one that I just finished is by far my favorite. I think that’s true because it is so complex, and I’ve never played so many polarized qualities each and every day in almost every scene. It’s somebody who is so caustic and so skeptical, yet she so deeply yearns for this other thing. Dr. Tyler really encapsulates skepticism and faith simultaneously because she wants to believe so deeply. She would want nothing else than to be reunited with her son even just for a moment, but the science in her, the skeptic in her, tells her that’s not possible.

To have this inner battle every day playing this character was really exciting. We’ve already talked about how wonderful Matthew and Joe are. Callum Blue, Edi Gathegi, David Sutcliffe,  Annie Thurman and Caroline Rose Kaplan are all amazing. Every day was this gift going on to set, to not only be on this journey with this character but to get to work and create every day with these extraordinary people. Lucky me!