Henry Winkler Interview: "That's It. I Do Not Have Another Take in Me" 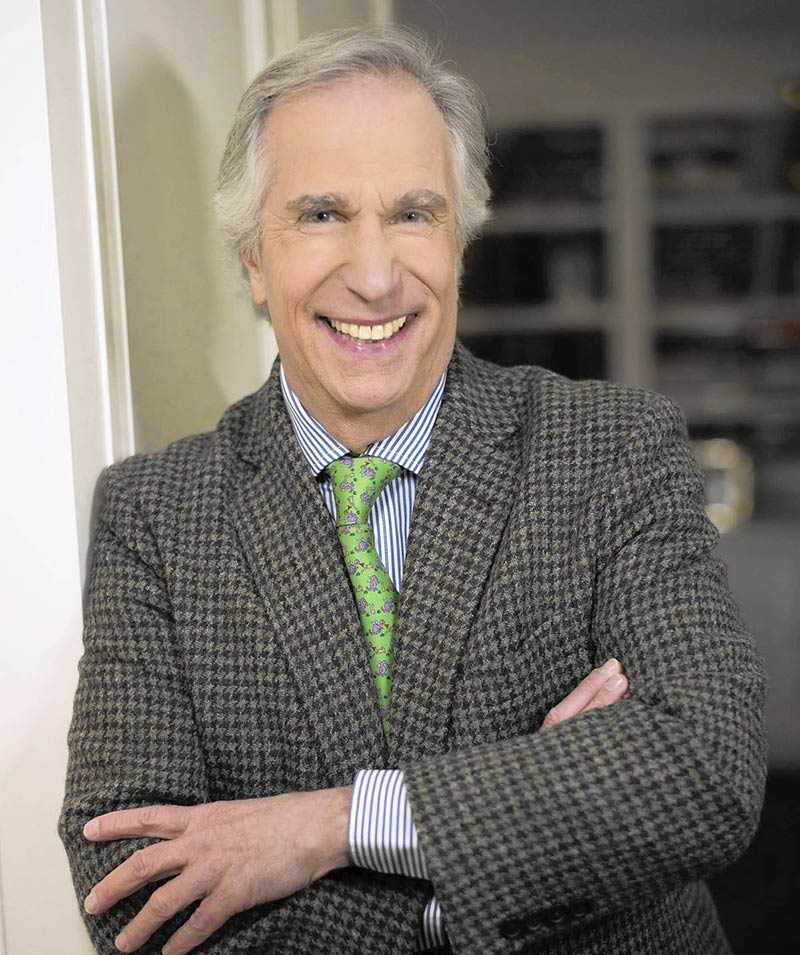 In 2003, Winkler drew upon his childhood struggles with dyslexia to co-write the Hank Zipzer series of children’s books with children’s literature author Lin Oliver. In 2011, he was appointed an Honorary Officer of the British Empire by Queen Elizabeth and was named one of the United Kingdom’s Top 10 Literacy Heroes in 2013.

"I am filled with terror for good reason. He threatens my family if I don’t do what he says. That is some scene."

From 2018 to present, Winkler can be seen playing acting teacher Gene Cousineau in the dark comedy crime drama TV series Barry, that was created by Alec Berg and Bill Hader and premiered on HBO March 25, 2018. Hader stars as Barry Berkman, a hitman from Cleveland who travels to Los Angeles to kill someone but finds himself joining an acting class taught by Cousineau. In addition to Hader and Winkler, the rest of the cast features Stephen Root, Sarah Goldberg, Glenn Fleshler, Anthony Carrigan and Sarah Burns. Season three of Barry premiered on April 24, 2022.

Smashing Interviews Magazine: Henry, how are you today?

Henry Winkler: I’m so good. I love your accent.

Smashing Interviews Magazine: Thanks, and I’m happy to say that this is our fourth interview together. For those who have never seen Barry, tell me about your character, Gene Cousineau.

Henry Winkler: I am an acting teacher. I’m a terrible father. I love my grandson, but I don’t know he really exists until later. I don’t care about my students nor their talent. I only care about cash and paying on time. I meet Barry who is lost. Little do I know he’s an assassin. But there’s something about him, I feel, that gives my life purpose. So I take him on as a student.

I fall in love for maybe one of the first times in my life at this late stage in my life. Barry kills her. I find that out in the end of the second season. In the third season, what do I do with all my feelings of rage and revenge?

Smashing Interviews Magazine: Well, early on in season three, you spend a great deal of time in the trunk of Barry’s car.

Henry Winkler: Oh, yeah, and I get nauseous. That is true. You know, this is how crazy this assassin is. He keeps me in the trunk of his car, he gives me my burger and soda, but he also gives me my change. He makes me pay for the food while I’m staying in the trunk.

Henry Winkler: I think it is very dark and funny not just darkly. It is very dark. But both Alec (Berg) and Bill (Hader) do not ever want to repeat themselves. So every time you think you know what’s happening, you’re kind of going in the opposite direction.

Smashing Interviews Magazine: What do you think about Bill Hader as a director?

Henry Winkler: He is masterful. This is what he’s always wanted to do. He started in Hollywood as an assistant editor. Then he went to New York and did Saturday Night Live and all the movies. Then he and Alec created this show out of thin air. Bill has a vision. He has structure, which is important for an actor. He’s a great writer. He’s so funny. He is appreciative if you’re funny. If he’s in a scene with you and you make him laugh, you can see his shoulders start to bounce.

Smashing Interviews Magazine: Is he the funniest guy on set?

Henry Winkler: He’s funny on the set. But he also takes his work very seriously. Then all of a sudden out of the blue, he will do something that is just hilarious. Sometimes, I make him do bits that he did in season one or season two again because I can’t get enough.

Smashing Interviews Magazine: I heard that John Lithgow auditioned for the role of Gene also.

Henry Winkler: Well, I will tell you that I went to see John. John is a wonderful acquaintance. We went to see him on Broadway, and I went backstage. We told him how wonderful he was, and he said, “What are you doing?” I said, “Oh, I’m doing a show named Barry. I play the acting teacher.” John went, “Oh. I wanted that role.” I said, “Oh, my God, the great John Lithgow!” I don’t think there’s been a greater Churchill ever, and I’m doing it. I’m playing Gene.

Smashing Interviews Magazine: How has the relationship between Barry and Gene evolved from the first to the third season?

Henry Winkler: I thought he was a talentless liar. Then I saw him as a son. He saw me as a dad. I then invited him into my private life. Then he assassinated my love.

Smashing Interviews Magazine: There is a cameo appearance in season three by one of the stars of Criminal Minds. Can you talk about that at this time?

Henry Winkler: No. I cannot. I can tell you that he is so lovely in person. I’ve known him for years. His wife had an incredible pizza restaurant, an Italian food restaurant. It was joyful to be in scenes with him. He’s a super guy.

Henry Winkler: I was totally clueless about my son for years. But, yeah, they don’t know what’s going on. When I walk in the living room and Barry is sitting in the living room, the same living room where he cried in my arms, he now has his arm around my grandson. I am filled with terror for good reason. He threatens my family if I don’t do what he says. That is some scene.

Smashing Interviews Magazine: Is it emotionally draining to do some of these scenes?

Henry Winkler: If you are in the center of what you’re doing, it is completely taxing. It is like you are a wrung out, wet kitchen towel at the end of the day. There’s this scene coming up that was done all in one shot that was so heavy, thank God we didn’t have to change lenses necessarily. But there came a moment when I said, “That’s it. I do not have another take in me.”

Smashing Interviews Magazine: I believe that the role of Gene Cousineau is unlike anything you’ve ever done before in your career.

Henry Winkler: That’s right. You know what? I’ll tell you, and I know this is the truth. I could not have played this role any earlier. It took everything that I did, everything that I worked on to become a better actor, to get to this moment of season three. And that’s just the truth.

Smashing Interviews Magazine: Henry, congratulations on your first Primetime Emmy win for Best Supporting Actor for Barry. Did you think to yourself, “It’s about time”?

Henry Winkler: No. I didn’t think that. I’m just grateful that I’m doing this, and I’m doing it in such a major way. I never thought, “Oh, it’s about time.” But I did hear the announcer say when my name was called, “This is Henry’s 1,000th nomination and his first win!”

« Warren Haynes Interview: How the Allman Brothers Staged a Comeback
Neil deGrasse Tyson Interview: Why Aliens Would Ignore Us »