Denise Richards Interview: "I Couldn’t Get Cast as 'the Girl Next Door' Even Though That Was How I Always Saw Myself" 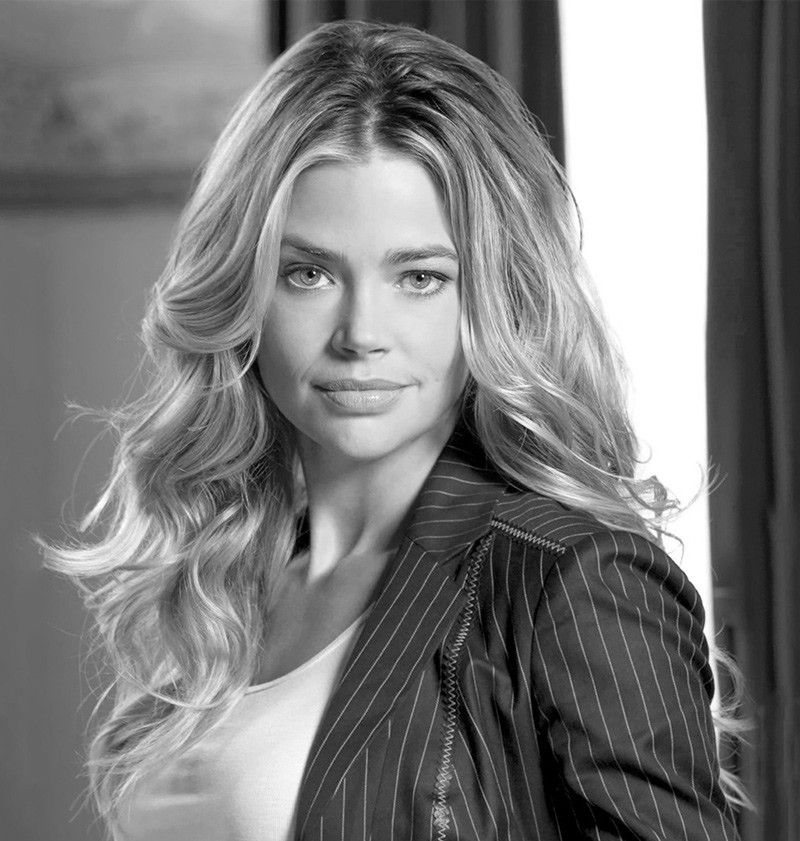 Model and actress Denise Richards has appeared in Starship Troopers, Wild Things, Drop Dead Gorgeous, The World Is Not Enough, as a Bond girl, and in Valentine, among others. TV appearances include Friends, Dancing with the Stars, 30 Rock, 90210, Anger Management and Jane the Virgin.

American Violence is an intense thriller that follows one man's path to execution and the strong-minded doctor brought in to take a deeper look at the violent circumstances that doomed him. The film is directed by Timothy Woodward, Jr. and stars Richards, Kaiwi Lyman-Mersereau, Bruce Dern, Columbus Short, Johnny Messner and Michael Pare. The movie is currently available in theaters, Video on Demand and Digital HD.

"I didn’t see myself as a sex symbol. I was a girl from Illinois."

Melissa Parker (Smashing Interviews Magazine): Denise, what interested you in America Violence and the role of Dr. Amanda Tyler?

Denise Richards: They sent me the script and offered me the part. I’ve never played a role like this, so I was very excited about it and wanted to work with the director, Timothy Woodward.

Melissa Parker (Smashing Interviews Magazine): Woodward has said that one of his goals was to invite the viewers in for a closer look at the American justice system and the death penalty. How does he accomplish that in the film, and what are your personal feelings about the death penalty?

Denise Richards: Well, I think the flashbacks in the movie that show how he got to death row, gives the audience a different perspective and allows them to not just judge the character for the reasons he was put on death row. I feel that Timothy showed a new, different perspective on that. I have mixed feelings about the death penalty issue.

Melissa Parker (Smashing Interviews Magazine): What was the experience like working with Bruce Dern?

Denise Richards: Unfortunately, I didn’t even get to meet Bruce Dern. Our scenes were filmed on different days. I didn’t have the pleasure of working with him or even meeting him.

Melissa Parker (Smashing Interviews Magazine): How and when did you know you wanted to pursue acting as a serious career?

Denise Richards: I was brought up in a small town in Illinois, so I’m very much a mid-westerner girl. I never thought acting in television and movies was a possibility coming from where I came from. My father moved out to California when I was in high school. He worked outside and got tired of the cold Illinois winters. I was always interested in acting. I always loved movies and did some plays when I was younger. Living in California made it become more of a reality to be able to pursue it, even though that wasn’t the reason we moved here.

Ever since I was little, I loved watching movies, and I loved the idea of being able to play different characters and parts. When I started working, I really loved being on set. The whole collaboration element is great. Everyone has a job to do. I can’t do my job without the lighting people, the grips and everyone else, and they are work very hard. I love the whole process of creating a TV show or film. It’s so fun to be there creating a project and knowing we all need each other to accomplish that.

Melissa Parker (Smashing Interviews Magazine): You’re a worldwide sex symbol. Did that hurt your chances of being taken seriously by filmmakers and getting more dramatic roles you may have wanted in your career?

Denise Richards: There were definitely parts I couldn’t get. I couldn’t get cast as "the girl next door" even though that was how I always saw myself. I didn’t see myself as a sex symbol. I was a girl from Illinois.

Melissa Parker (Smashing Interviews Magazine): What is the one role that has meant the most to you or given you the most personal satisfaction?

Denise Richards: Anytime I work on a project, with every role, I mostly remember where I was in my life, what was going on for me personally and how that related to my role on the set. The one that stands out to me is my role in Starship Troopers. It was a six-month shoot. We were all unknown actors, and it meant so much to us to get our first big break with a big studio movie. That time we all had together was incredible, and we really bonded over the experience. I’m still friends with most of them. That role, for me personally, stands out as memorable and means so much to me.

Melissa Parker (Smashing Interviews Magazine): Who has been the most influential person in your life, and why?

Denise Richards: I would have to say my parents. My mom isn’t here anymore. She passed away nine years ago from cancer. My parents were still married when she passed. My parents were extremely grounded and non-judgmental people. They taught me not to judge, that everyone is equal and to pursue what made me happy.

When I started acting, I wasn’t going to college, and my parents didn’t judge me for that. They wanted me to be happy and they supported me. They taught me so much about life and to be your true, authentic self.

Melissa Parker (Smashing Interviews Magazine): Tell me about A Girl is a Gun on new digital media platform Black Pills.

Denise Richards: A Girl is a Gun is all about girl power. It’s about women standing up for themselves and demanding to be treated equally. It’s a really cool role. We’re all women vigilantes, and my character made a big sacrifice to join this vigilante group. I shot this right before Christmas, and we all had so much fun shooting. I worked with a bunch of strong women, which was a very cool experience.

Melissa Parker (Smashing Interviews Magazine): What else is coming up, Denise?

Denise Richards: Another project I have coming up is Altitude. That was a cool movie to shoot because most of it was shot on an airplane. I also have a TV movie coming out called Tomboy.

Melissa Parker (Smashing Interviews Magazine): From your book, you state, “Changing your life, like a tattoo, isn’t easy – or without pain.” Were all the ups and downs worth it to get to the place where you are now, and are you happy in that place?

Denise Richards: I have had a lot of ups and downs in my life, but there are way more people that have had way more downs than I have. I am so blessed to have my life. I believe that going through challenges makes us appreciate the times that are wonderful that much more.

No one’s life is perfect and we learn from challenges. I’m very much a glass-is-half-full kind of person. I try to always stay positive and never be negative. I’m a very happy person and feel very blessed, especially to have very healthy kids.

Melissa Parker (Smashing Interviews Magazine): What are the most important lessons you have taught your children about life?

Denise Richards: I teach our daughters to be themselves, to stand up for what they believe in. I teach them not to give in to peer pressure and that it’s okay to have an opinion that’s different from other people’s opinions. I always tell them to be their true, authentic selves and to have a passion about life.

« Jonathan Alter Interview: "I Think We Will Have a War This Year"
Lorraine Toussaint Interview: "If We’re Gonna Talk 'Pussy Power,' It’s Not About Slogans" »