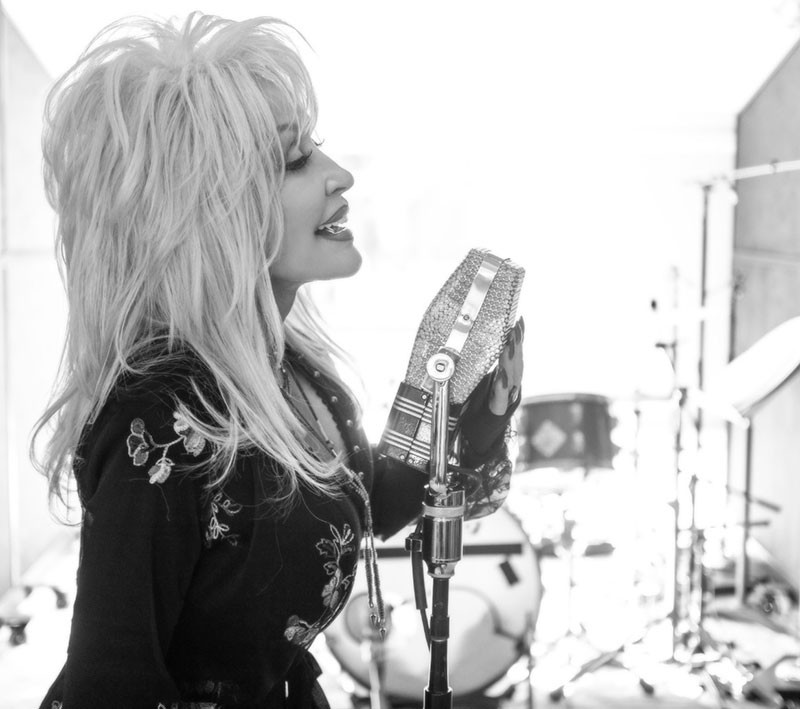 Dolly Parton is the most honored female country performer of all time. She has garnered 11 Grammy Awards, including the prestigious Grammy Lifetime Achievement Award. All-inclusive sales of singles, albums, hits collections, paid digital downloads and compilation usage during her Hall of Fame career have reportedly topped a staggering 100 million records worldwide.

"When I’m on stage, I love that feeling I get from the audience."

Dolly Parton: (laughs) It’s just natural. You know, I was born with a lot of energy. It’s a good thing that I have something to channel it into or I’d probably drive everyone crazy. When I’m on stage, I love that feeling I get from the audience.

Smashing Interviews Magazine: It’s interesting, Dolly, that you started writing at seven years old. Was that a song, story or poem, and what was it about?

Smashing Interviews Magazine: What are your two favorite songs of all the ones you’ve written?

Smashing Interviews Magazine: What's the story behind “From Here to the Moon and Back"?

Smashing Interviews Magazine: You wear such bright colors and sequined vests. How did you develop the “Dolly” look?

Dolly Parton: I patterned my look after the town tramp (laughs). But that’s a girl’s idea of glamour because I wanted to have my hair blonder. I was a blonde kid, but it was dishwater blonde, and I wanted radiant blonde. I wanted to have lipstick, and I used pokeberry stains for lipstick when I was a kid and burnt matches to make my eyebrows and beauty marks and all that.

Smashing Interviews Magazine: You have been married for over 50 years! What’s the secret to a successful union?

Smashing Interviews Magazine: Has your faith in God carried you through the turbulent times?

Smashing Interviews Magazine: What life lessons do you share with young people who want to embark on a career in music?