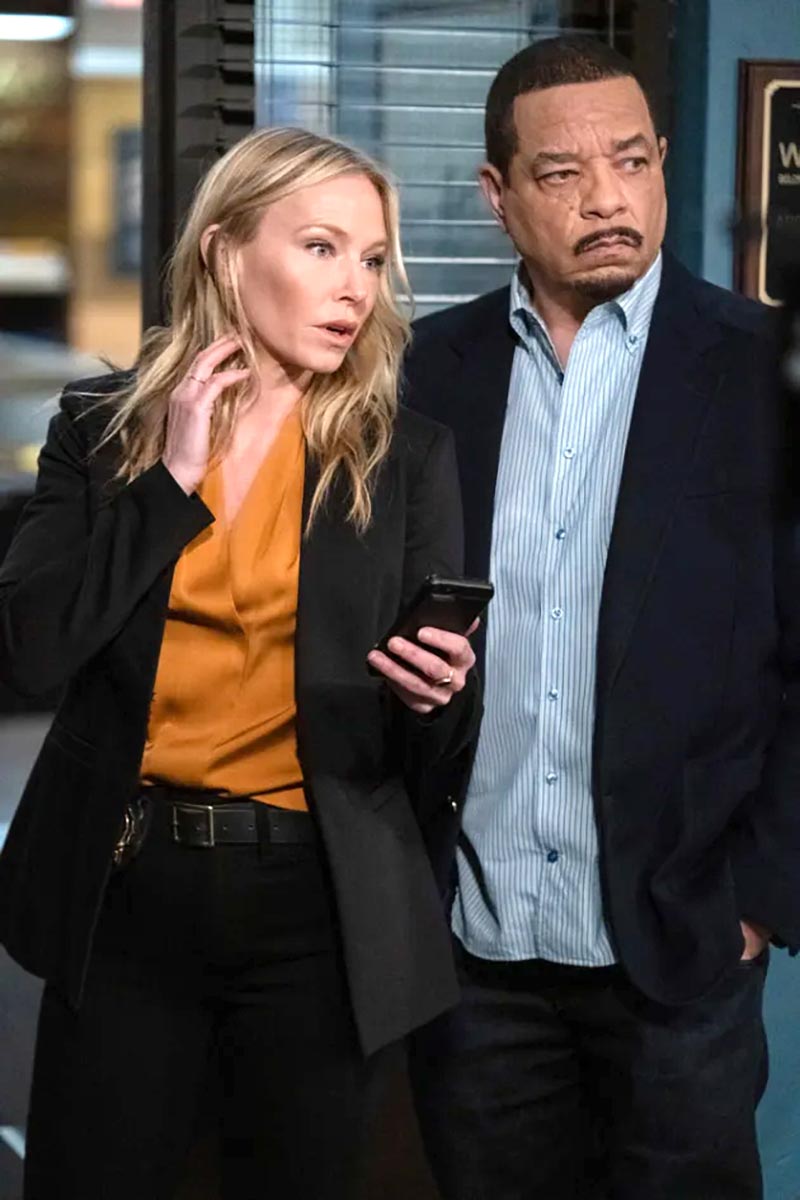 Ice-T began his career as an underground rapper in the 1980s and released his debut album Rhyme Pays. The following year, he released another album, Power, which would go platinum. He’s also released several other records that went gold. In 1990, Ice-T co-founded the heavy metal band Body Count, releasing its self-titled debut album in 1992.

As an actor, he starred as police detective Scotty Appleton in New Jack City (1991) opposite Wesley Snipes and Chris Rock. In 1994, he appeared in the action-adventure film Surviving the Game and continued to appear in small roles in television and other films throughout the 1990s. Since 2000, he has portrayed NYPD Detective/Sergeant Odafin “Fin” Tutuola on the NBC police drama Law & Order: Special Victims Unit.

Smashing Interviews Magazine: Kelli Giddish’s last episode airs December 8. Anything else you can say about this season?

Ice-T: No, not really because we don’t know. We know Kelli is leaving. She’s doing nine episodes. Don’t ask me why. It’s like they just stack the deck. This is how you keep a show on. They just say, “Hey, we want to put new people in and move some things around." But I love Kelli. We worked together for 10 years solid. I told her to go get an Oscar. Go do something else. One thing about acting is every actor doesn’t get into it to play the same character for the rest of their life. One thing about acting is you get to do this, you get to do a period piece or whatever. That’s the fun thing about that job.

I don’t have a problem staying on the show because I’ve already had a career. I’ve already maxed out music. I’ve had a 20-year rap career. You know what I’m saying? So to get into this, I’m comfortable. I’ve done a lot of movies. I’m not that person that feels like, “Oh, I’m missing something by doing this. But we’ll see. I don’t know what’s happening in the next script until I get it. I’m just going for the ride. There’s a theory that we know what’s happening. No, we don’t.

Smashing Interviews Magazine: So you can see yourself staying until SVU ends?

Ice-T: Yeah. I made a statement that I’ll be there until Mariska leaves. I think the show is Mariska’s show. I don’t think Mariska can be replaced, and fortunately, she’s still out buying shit. So as long as she keeps spending money, I think I’ve got a job (laughs). If Mariska starts saving money and liquidating, I’ll start getting worried. I’ll be like, “Okay. We’ve got to book a tour. We’ve got to get on the road.”

It’s funny, though, because to survive as a musician, you have to do like 200 tour dates a year. You’ve got to really get out there and get it. But with this show, I’m able to do shows on the weekends. On hiatus, I go on tour and do 30 or 40 shows. But I don’t really have to grind like that. I have the ability to be home with my wife and my family and see my daughter every day. So I really appreciate that at this point in my life.