Ed Asner on How He Became Lou Grant 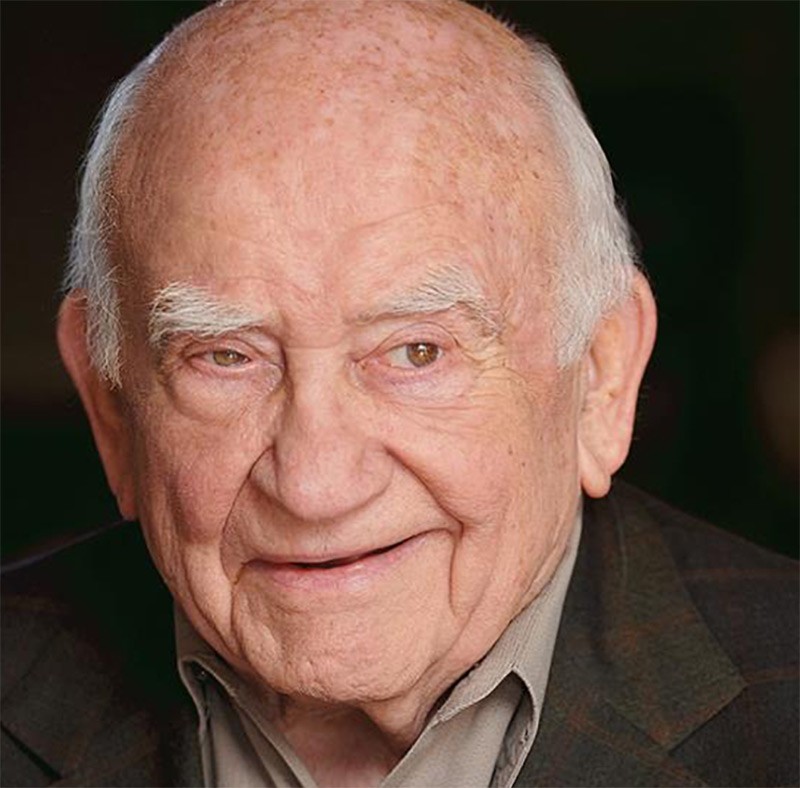 Born in Kansas City, Missouri, on November 15, 1929, versatile actor Ed Asner is the most honored male performer in the history of the Primetime Emmy Awards, having won seven – five for portraying Lou Grant on The Mary Tyler Moore Show and two on its spinoff drama series Lou Grant. His other Emmys were for performances in two television miniseries, Rich Man, Poor Man and Roots. He served as the 21st president of the Screen Actors Guild (1981-1985).

After his military service (1951-1953), he helped found the Playwrights Theatre Company in Chicago. In New York City, he played Jonathan Jeremiah Peachum in the Off-Broadway revival of The Threepenny Opera, scored his first Broadway role in Face of a Hero alongside Jack Lemmon in 1960 and made his television debut in 1957 on Studio One.

Other TV appearances are The Untouchables, The Virginian, Dr. Kildare, The Fugitive, Ironside, Police Story, Off the Rack, The Bronx Zoo, The Trials of Rosie O’Neill, Hearts Afire, The Closer, ER, Studio 60 on the Sunset Strip, Working Class, The Cleveland Show, Dead to Me, Blue Bloods, Grace and Frankie and Dug Days, just to name a very few. Asner had an extensive voice career and made numerous film appearances. Some of the most notable were El Dorado, Change of Habit, They Call Me Mister Tibbs!, Fort Apache, the Bronx, JFK, Elf and Up.

Sadly, Ed Asner passed away in Los Angeles at the age of 91 on August 29, 2021, and the loss was felt by millions around the world. One of his final roles before his death was returning to the voice of Carl Fredricksen in the Up TV spinoff titled Dug Days.

In Smashing Interviews Magazine's final interview with Asner, just weeks prior to his death, he spoke about his audition for the role of Lou Grant in The Mary Tyler Moore Show.

"I was given the script. I read it and liked it. How could I not? What happened was I had done a comedic police chief in a film that was shot at 20th Century Fox. Somehow, Grant Tinker had done something there at the time. So he knew about me being funny as this police chief. Knowing that the boys, i.e., Jim Brooks and Allan Burns, were casting, Tinker suggested me to them. They then asked Ethel Winant, VP in charge of casting, 'Could Ed Asner do comedy?' Her response was, 'Ed Asner can do anything.' Why she was so generous, I have no idea because she had no idea what I could do in comedy. But they decided to bring me in," Asner recalled.

"So they brought me in, and I read for it. Jim Brooks said, 'Well, that was a very intelligent reading.' And I mumbled, 'Yeah. But was it funny?' He said, 'We’ll have you back to read with Mary.' He said something about trying it another way. He gave me some instructions, and I didn’t know what the hell he was talking about. So I started to walk out. But I turned back, and I said, 'Why don’t you try me that way now, and if I don’t cut it, don’t have me back?' I’ve never talked like that before or since. He said, 'Well, we have another appointment.' That was Gavin MacLeod. But I read it again and like a lunatic this time, really a lunatic, and they laughed. Jim said, 'Read it just like that when you come back to read with Mary.'”

Afterwards, Asner was concerned that he had blown the audition. And after returning for the reading with show star Mary Tyler Moore, she wasn't completely sold with his take on the Grant character either.

"So I worried the whole two weeks thinking, 'What the hell did I do? What did I do? How did I read it?' I came back to read it with Mary and found out a couple of years later that she turned to them after I left the room and said, 'Are you sure?' They told her, 'That’s your Lou.' So there you have it," concluded Asner.

Editors Note: Smashing Interviews Magazine was very fortunate and delighted to speak with Ed a number of times over the years. He enjoyed playing a curmudgeon even off the screen but would start to laugh even before the gruff exterior faded away. The only time we heard his strong activist’s temper truly flare was at any mention of an injustice. He was a sweet, harmless flirt. He was an icon and at the center of some of our fondest television memories. We will miss his talent, wit and charm. We will miss our friend, Ed Asner. This is our last interview with him several weeks before his death.

« Prince Asked Journey's Jon Cain If His Song Was Similar to Their Hit
Rob Thomas Interview: Talking Matchbox Twenty, Santana and "The Song" »