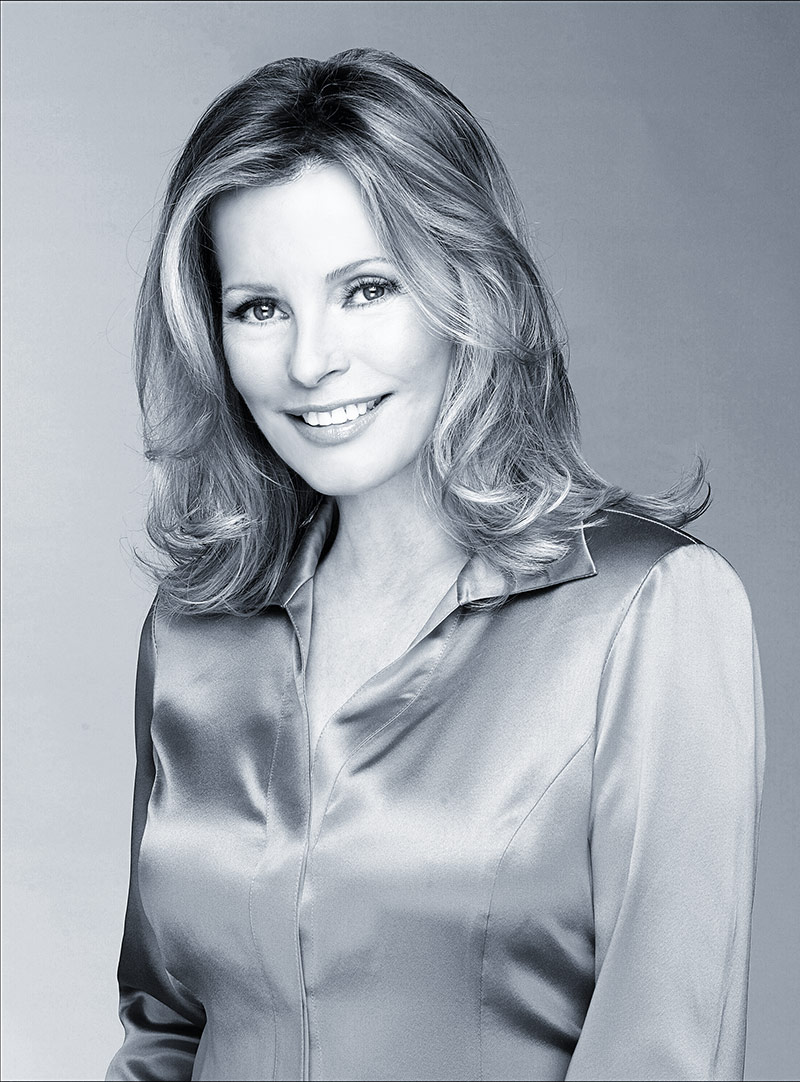 Since her big break in Hollywood as one of the beloved Charlie’s Angels, Cheryl Ladd has enjoyed a television, film, recording and Broadway career. The South Dakota native guest starred in the 1970s on The Rookies, Ironside, The Partridge Family, Happy Days, Switch and Police Woman, just to name a few. In the following decades, she made numerous movies for television and most recently guested on CSI: Miami, NCIS and Chuck.

Ladd, along with Rachel Hendrix and Scott Eastwood, stars in the faith-based film The Perfect Wave based on second chances and the true story of Ian McCormack who grew up surfing the waters of New Zealand and made a journey to Africa in search of the perfect wave. One night on a night dive, McCormack is stung by deadly box jellyfish that changes his life forever. The movie is available on Blu-ray, DVD, digital download and On Demand September 16, 2014.\

"[The Perfect Wave] changed my life in a very profound way. Just knowing Ian McCormack has been a gift."

Melissa Parker (Smashing Interviews Magazine): Cheryl, how did you become involved in The Perfect Wave?

Cheryl Ladd: I actually had been praying about a project like that. I walk my dog every morning and do my exercise and talk to God, saying prayers and counting my blessings. Then I asked God to … I was getting some material sent to me, and there wasn’t anything I wanted to do. It was kind of dark and awful and icky.

Cheryl Ladd: He looks so much like his dad, it’s crazy! He did a great job.

Melissa Parker (Smashing Interviews Magazine): What do you think or hope that viewers will take away after seeing the film?

The love of a mother is such a powerful message, that struggle for mothers to let go of their children and yet to be praying for their safety, for their souls their whole lives. That’s what mothers do. I think the reminder of that within the film is a powerful message. In general, it’s a movie about how God’s love is there for us for the asking. For believers, it is affirming. For people who have never really contemplated the truth of it in a real way, I think it does affect them.

As a matter of fact, a friend of mine called saying that her nephew had the opportunity to go to a group showing of the movie in a private screening. He was in a very bad way, really not a good guy and was not doing any of the right things, but he was so moved by the film, was so touched by the Lord that he got baptized that night. I think it can be a really powerful vehicle to bring people to the Lord and, as I said, to affirm to the people that already believe and know the truth.

Melissa Parker (Smashing Interviews Magazine): Were you raised in a Christian atmosphere as a young child?

Cheryl Ladd: No. I was taken to church. We were exposed to it, but at a very early age, it was up to us if we wanted to go. My parents really believed that these were choices that we each had to make for ourselves, but my sister and I loved Sunday school. We lived in a little town, and many times my dad was away on the road working, so my mother was mom, dad and everything. She had to get everything done, so sometimes she couldn’t go for whatever reason on Sundays. She’d say, “Girls, if you want to go to Sunday school, you go ahead.” We’d go by ourselves all the time. We really loved Sunday school. When I sang “Jesus Loves Me,” I really believed it.

Then like a lot of teenagers, I kind of wandered off the path a bit and thought I was controlling my life. God was there, but he was over there for me. It’s really interesting that at the height of Charlie’s Angels, I was probably at my lowest point personally. I started really asking him to come back into my life and to be close to him. I felt this incredible peace happen in the moment I asked, and I’ve been on that path ever since.

Melissa Parker (Smashing Interviews Magazine): Was that an overwhelming feeling being thrown into a whirlwind of fame joining Charlie’s Angels?

Cheryl Ladd: Yes. It was a whirlwind.

Melissa Parker (Smashing Interviews Magazine): What kind of an effect did that have on you?

Cheryl Ladd: I was a young woman at the time. I was someone’s mother, I was a wife … I was trying to do too many things. I was working twelve-hour days nine months out of the year, and then during the breaks, I was doing other projects. I just had so much on my plate, and I was only twenty-six years old when I started. When I look back at how young I was and that I had a two year old, a huge career and a husband, I was a bit lost actually. It overwhelmed, and it overwhelmed the marriage, and I had to come to a place where I had to accept that, and that was very hard for me.

As happy as those times were as far as becoming successful, it was definitely a double edged sword for me. But that’s okay. We don’t necessarily learn the things we need to learn by our successes. If everything gets handed to you on a silver platter, you never really appreciate anything.

Melissa Parker (Smashing Interviews Magazine): You have to go through the hills and valleys to cross to the other side.

Cheryl Ladd: Absolutely … to grow. We don’t grow if we don’t do that.

Melissa Parker (Smashing Interviews Magazine): I remember Josie and the Pussycats, Cheryl. You wanted to be a singer when first arriving in Hollywood.

Cheryl Ladd: (laughs) I did actually. I came out to California as a singer, but acting just overwhelmed everything else. When I first did Josie and the Pussycats, the singing voice of that cartoon character, I got an agent and started being sent out. I did a lot of commercials, a lot of very small parts on television, and acting just took over everything, so my whole career got focused.

Even though I did some singing on Charlie’s Angels, and then I recorded a record album and had a top 40 record, the acting just constantly overwhelmed all the time, and I was getting all these films and films for TV. That’s the path it took.

Melissa Parker (Smashing Interviews Magazine): Is there a particular role you are most proud of?

Cheryl Ladd: There are several that I really enjoyed doing. I did one of the first movies about child abuse. I’m proud of that. My husband and I will be married thirty-four years in January. Can’t believe that, but he produced the Grace Kelly story, and I’m proud of that, but I think the most joyful time that I had as an actor was when I did Annie Get Your Gun on Broadway. I did it for six months and replaced Bernadette Peters. Then Reba McEntire came in after I did my six-month run. That was the most joyful.

I had always dreamed about being on Broadway. God’s timing is always perfect, and it happened when I was forty-nine years old. I loved and enjoyed every breath of it. If it had happened sooner, I couldn’t have appreciated it the way I did then.

Melissa Parker (Smashing Interviews Magazine): I hope The Perfect Wave is successful and continued best wishes to you in future projects.

Cheryl Ladd: Thank you. That movie changed my life in a very profound way. Just knowing Ian McCormack has been a gift.

« Melissa Etheridge Interview: "It Is an Absolute New Day," Rocker Declares with Her Latest, "This Is M.E."
Morgan Fairchild Interview: On Pals Joan Rivers, Robin Williams and Hallmark's "Perfect on Paper" »