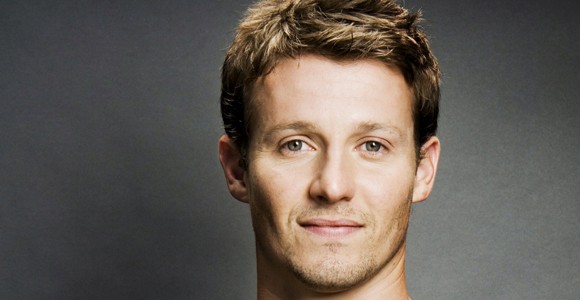 The new CBS 2010-2011 season offering, Blue Bloods, is a drama about a multi-generational family of New York cops that stars Tom Selleck, Donnie Wahlberg, Will Estes, Len Cariou, and Bridget Moynahan. Los Angeles native Estes portrays Jamie Reagan who is the youngest son and is described as the family’s “golden boy.”

Estes is not new to television. His acting career began at the age of ten with commercials and a role on The New Lassie. Other television appearances included Santa Barbara, Highway to Heaven, Baywatch, Harry and the Hendersons, Step by Step, Boy Meets World, Kirk, Diagnosis Murder, Kelly Kelly, 7th Heaven, The Fugitive, Law & Order, and The Cleaner.

"Tom is a consummate professional and the best leader you could hope to have. I’ve learned a lot from him already."

The 31-year-old actor is perhaps best known for his role as J.J. Pryor, a talented football player who enlists in the Marines during the Vietnam War, on the NBC drama American Dreams (2002-2005), and he later starred in the series Reunion. Melissa Parker (Smashing Interviews Magazine): You play the youngest son who has just graduated from the police academy.

Melissa Parker (Smashing Interviews Magazine): Is he excited to join the family business?

Will Estes: He’s kind of an interesting character. He actually went to Harvard and graduated with a law degree, but he decided to join the academy and become a police officer like his father and his older brother before him. When the show starts you find out that a middle brother in the family died in the line of duty a couple of years back. So I think that has something to do with Jamie, my character, wanting to become a cop, too.

Tom Selleck plays his father (Frank) and he’s the police commissioner, and his grandfather was the commissioner before his dad. His older brother, Danny (played by Donnie Wahlberg), is a hard-nose detective. So Jamie’s a guy who grew up around the family dinner table where everybody was telling cop stories. As much as he’s a Harvard grad, even more he’s a brother in blue.

Will Estes: About half the pilot was shot in New York, but everything else is totally filmed there.

Melissa Parker (Smashing Interviews Magazine): I think it’s interesting that Blue Bloods has the same writing team as The Sorpanos.

Will Estes: That’s right, Robin Green and Mitchell Burgess. Another way we like to describe the show is that hopefully it’ll be a lot like The Sopranos but on the other side of the law (laughs).

Melissa Parker (Smashing Interviews Magazine): Had you worked with Tom Selleck before?

Will Estes: No, but I am a fan of his and have become more of a fan since I’ve been working with him. Tom is a consummate professional and the best leader you could hope to have. I’ve learned a lot from him already.

Melissa Parker (Smashing Interviews Magazine): A couple of the cast members have portrayed police officers before in films and television. Is this your first time?

Will Estes: I was in a little movie with Scott Glenn called Magic Valley and I played a police officer in s small town in Idaho. That was a lot of fun, but I always wanted to play a cop on television and live in New York as well so this has worked out great.

Melissa Parker (Smashing Interviews Magazine): Will, I loved American Dreams and was sad when it was cancelled.

Will Estes: I was too (laughs).

Melissa Parker (Smashing Interviews Magazine): The fans tried to save the show.

Will Estes: I know it. They tried.

Will Estes: You know, I had done some commercials also. But to tell you the truth I don’t remember which came first. I was pretty young and it’s all a blur (laughs).

Melissa Parker (Smashing Interviews Magazine): What was it like to work with a canine co-star in The New Lassie?

Will Estes: I’ve had dogs my whole life and I think that may have been why I got the job (laughs). Some of the kids (I heard afterwards) were actually afraid of the dog so that really didn’t help them get the work (laughs).

Melissa Parker (Smashing Interviews Magazine): You recently installed a solar panel system at your home. Was that difficult?

Will Estes: No, it wasn’t hard. It was done in about four days, but it wasn’t even four full days of work because you had to stop and go back to it. I took the class in college. It was actually Solar Panel Installation 101 because I wanted to learn more about it.

I met a great guy in class who actually had some experience in putting up the panels. He and I hit it off and his company helped with the paperwork. I was able to help with the installation, which was really a treat for me because I could learn hands on. I could talk a long time about protecting the environment but I won’t go into everything here.

Will Estes: Well, you’ve really put me on the spot now (laughs). There are many things that people can do. Don’t litter. Buy environmentally free products. You can install energy efficient light bulbs and weatherize windows and doors.

People think I’m spending a lot of money on all of this, but compact fluorescents are about 75% more efficient than incandescent light bulbs so those kinds of things pay for themselves. Weatherizing windows and doors pay for themselves. If people would implement many of these things it would be better for the entire environment and make for a more eco-friendly planet.